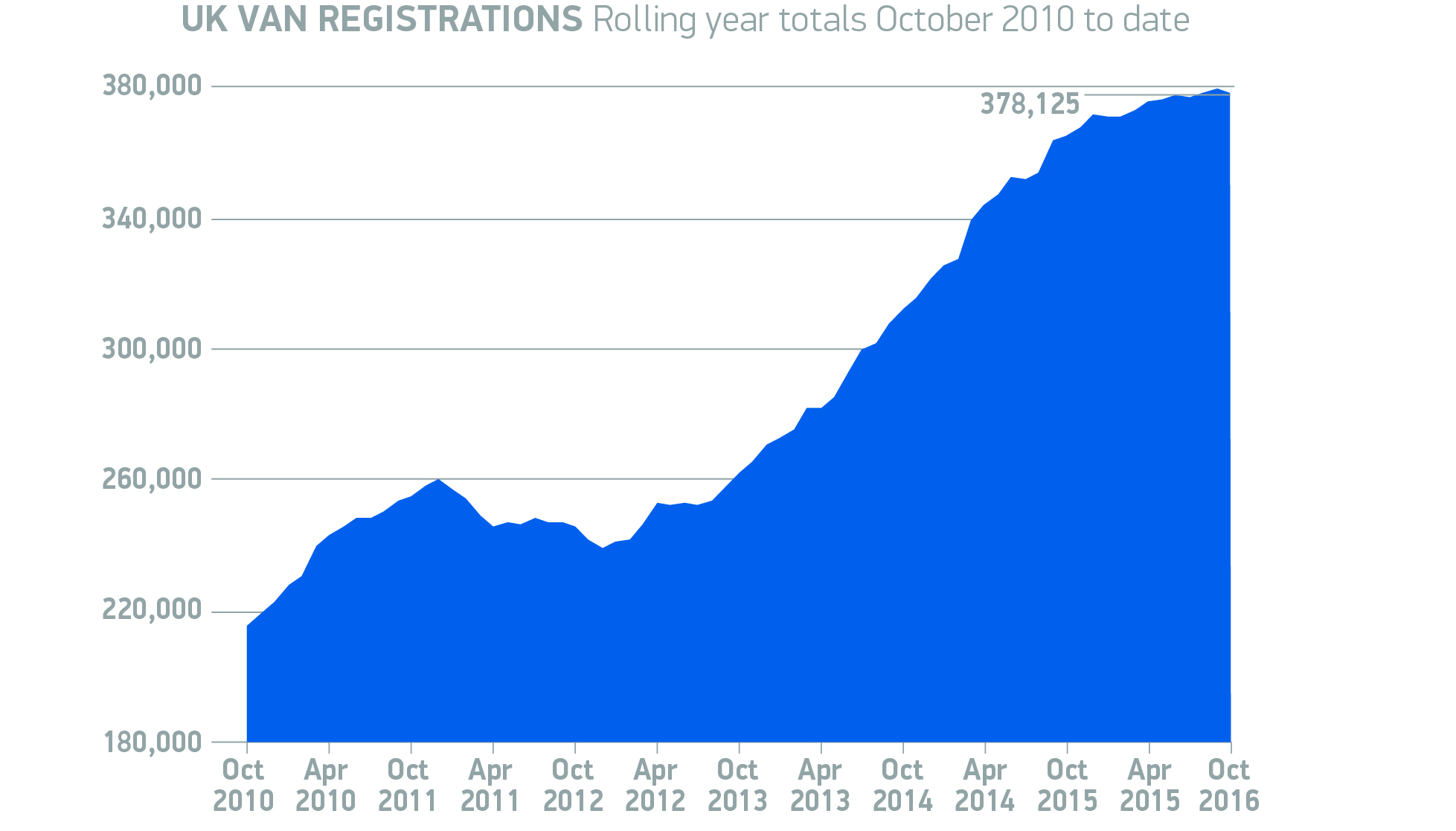 The UK’s new light commercial vehicle (LCV) market declined in October, according to figures released by the Society of Motor Manufacturers and Traders. Almost 27,000 vehicles were registered last month, representing a fall of -4.5% compared with October 2015.

Reversing the trend seen in previous months, demand for heavier vans in October fell for only the second time since July 2013, with registrations for the 2.5-3.5T segment down -7.1%.1 The picture for smaller LCVs was mixed, with vehicles weighing less than 2.0 tonnes falling -17.4%, while vehicles in the 2.0-2.5T segment rose 19.6%.

Following the sector’s very strong performance in 2015, a levelling off in demand was expected, so this month’s decline comes as no surprise. Overall, the market remains robust, with the number of van registrations in the first 10 months of 2016 outperforming any other year on record. Maintaining business confidence for LCV operators will be critical to this sector’s future performance. 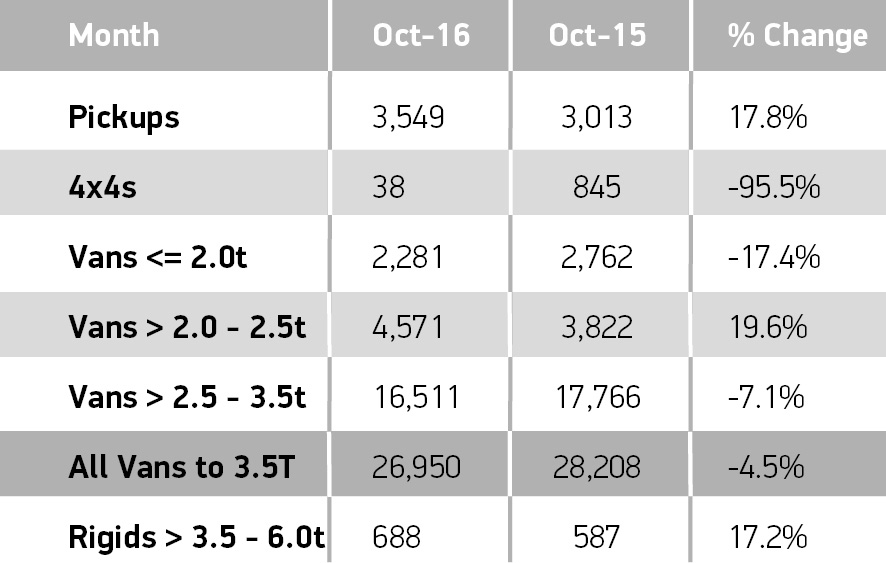 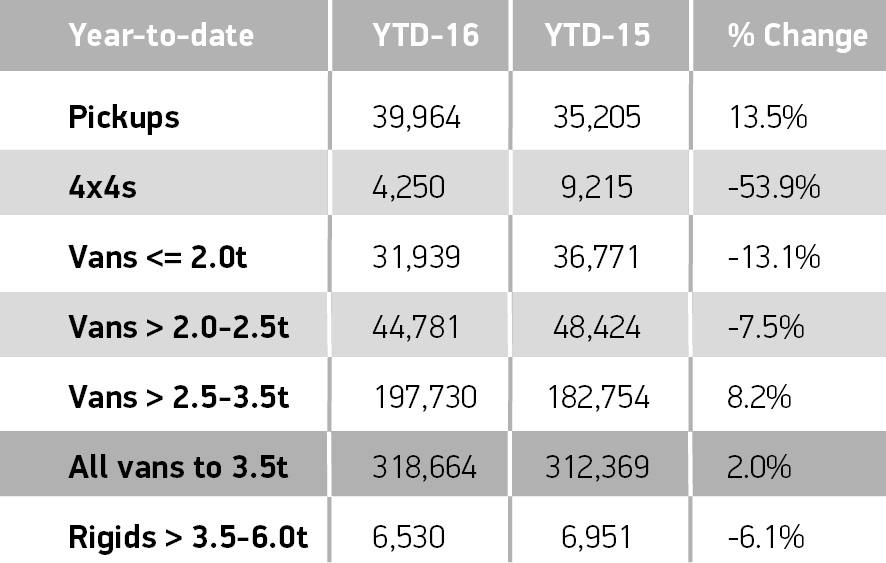 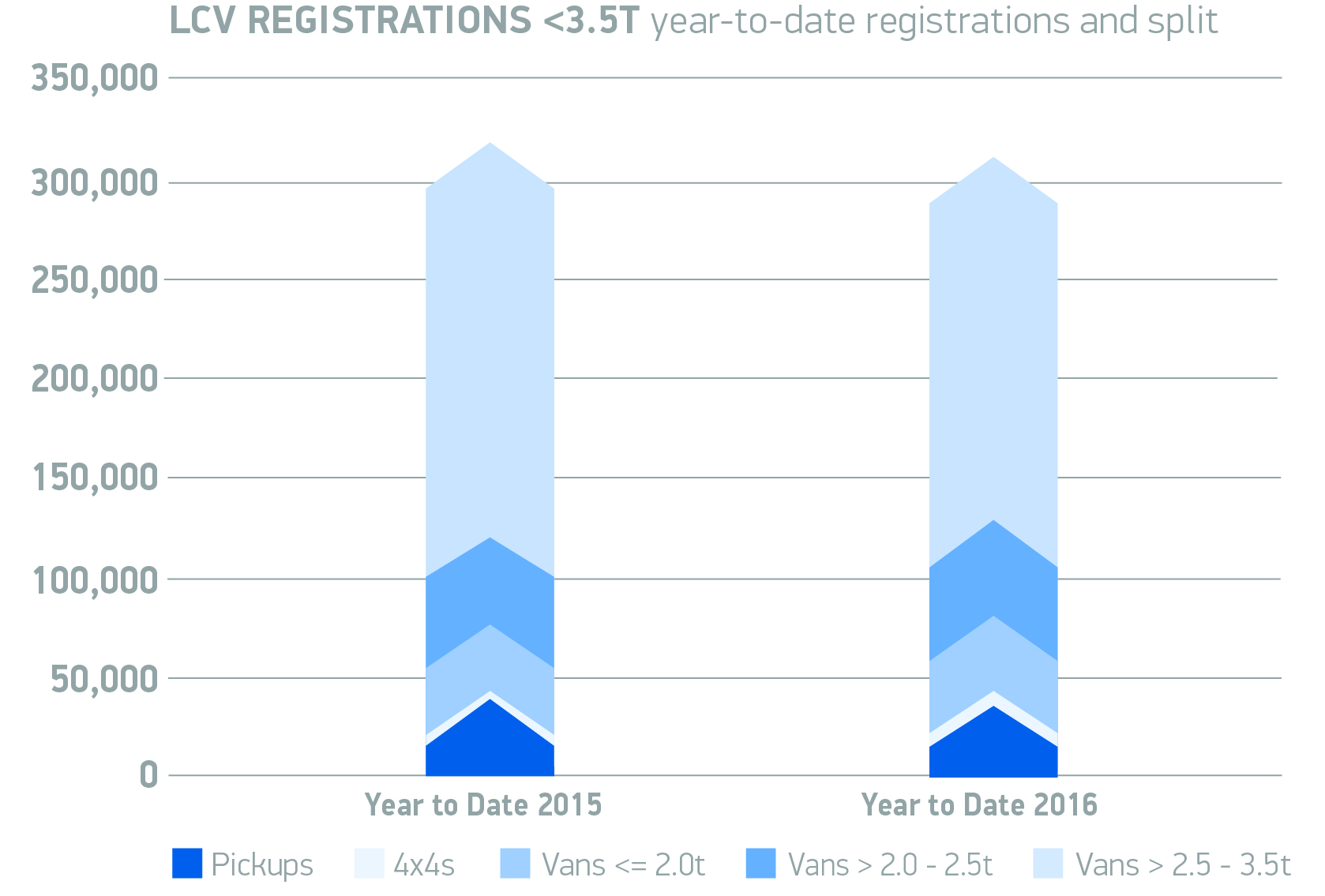