Transport Minister John Hayes has named the 20 companies that are set to benefit from government funding under a £20 million programme to reduce emissions and improve air quality. 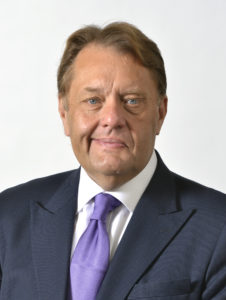 The funding, announced at the Sustainable Road Transport Conference in central London last week, is being given to firms that set out plans for innovative ways to deploy low and zero emission vehicles.

The freight industry accounts for about 30% of the UK’s CO2 transport emissions and the money will help fleets get new low emission vehicles on the roads from mid-2017 onwards.

Transport Minister John Hayes said, “Each one of these successful projects will help cut vehicle emissions, improving air quality and reducing pollution in towns and cities. This is yet another important step towards this government’s commitment to reduce carbon emissions from transport to help tackle climate change.”

“We are already making headway through our investment in low emission vehicles, greener public transport and walking and cycling, as well as grants for innovative advanced biofuels projects.”

The funding is being delivered by the Office for Low Emission Vehicles (OLEV) and Innovate UK.

There were over 40 applications for the scheme in which 20 overall winners were identified – with an innovative system using portable boosters to increase EV battery range among the winners. Zapinamo’s system is unique in that it offers a completely portable charging infrastructure, and the company was granted £1.58 million of government funding to further its development.

A partnership led by hydrogen research company ULEMco, from Liverpool, will receive £1.31 million to carry out trials using innovative hydrogen dual-fuel technology, while UPS is to be given £1.33 million to invest in smart charging of its electric vans, which run in central London. 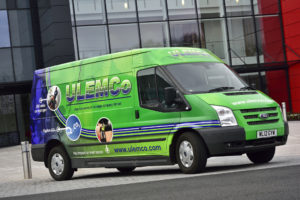 ULEMCo is one of the scheme’s beneficiaries

Air Liquide Group will receive the largest amount of funding (£2.57 million) for its project trialling biogas in 86 lorries ranging from 26 to 44 tonnes. In addition, five refrigeration units will use a prototype liquid nitrogen system.

Innovate UK’s Manufacturing and Materials Director Simon Edmonds said, “These 20 projects around the UK will spearhead the uptake of the next generation of innovative low emission freight and fleet vehicles. The impact will benefit the environment, particularly in our big cities.”

“It builds on the results of previous low carbon projects with OLEV, and the data collected from this new trial will be invaluable to future development and commercialisation of these vital technologies.”