UK CV manufacturing down by a quarter in February

UK commercial vehicle (CV) manufacturing fell by almost a quarter (-24.2%) in February, with 6,019 vehicles leaving production lines, according to figures released today by the Society of Motor Manufacturers and Traders (SMMT). Year-to-date, the market painted a similar picture, down -21.6% on the same period last year.

Production for both home and overseas markets fell considerably in the month, with demand down by -34.7% and -18.5% respectively. However, exports still drive UK production volumes, with almost 70% of UK-built vans, trucks, buses and coaches destined for global customers.

That February marks the sixth consecutive month of decline for commercial vehicle manufacturing is concerning but unsurprising given the economic and political uncertainty that has knocked business confidence. Operators need stability to commit to big fleet investments and it is, therefore, critical that government safeguards the economic conditions needed for this vital sector to thrive. 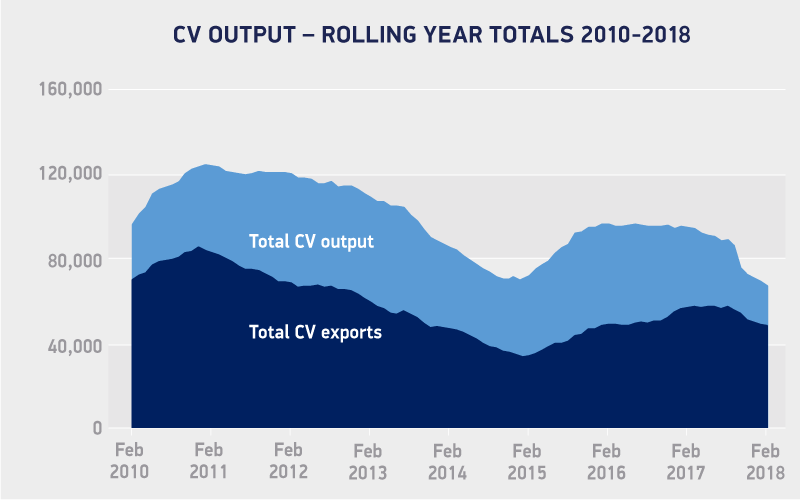