Exhibitors and visitors are gearing up for what’s shaping up to be one of the liveliest CV Shows yet, with the 2019 event taking place at a critical time for the road transport and automotive industries.

Whilst much of the talk on the show floor is bound to be about the political and economic climate, the show itself has once again seen all of its exhibitor space sold out, with visitor registrations already looking strong. 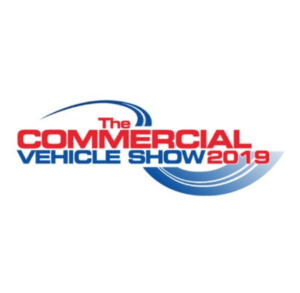 “The efforts of the organisers to innovate and improve our offering year on year have paid off yet again in attracting a wide and exciting range of manufacturers and supporting businesses,” said Rob Skelton, CV Show Director. “It cements the show’s status as a truly world-class event. “

This year will be the show’s eighteenth year at the NEC in Birmingham, with one major UK van launch already announced. Vauxhall will use the show  as the global launch of the new Vivaro, which will be built at its factory in Luton.

Also making a big splash at the show will be Volkswagen Commercial Vehicles, which will be exhibiting 12 vehicles in total –  the largest new vehicle presentation since the German brand returned to the show four years ago. 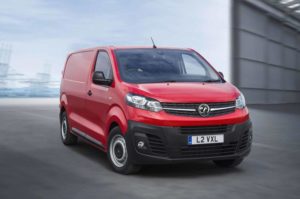 “The CV Show is a really important date in the calendar and we’re looking forward to being there again this year,” said Volkswagen Commercial Vehicles Director, Carl zu Dhonna. “We returned to the show three years ago after an absence and it’s been hugely successful. We’ve sold vehicles and set up long term fleet partnerships as a direct result of being at the show – what could be more important?”

Ford will once again be a major exhibitor in 2019 and will be displaying a comprehensive range of vehicles, while 2019 also sees DAF Trucks making a return to the show.

Phillip Moon, Marketing Manager of DAF Trucks, said, “We are delighted to be exhibiting at the CV Show again this year in line with our intention to attend the show on a two-yearly cycle. The CV Show always provides us with a great opportunity to network with customers, both existing and new, plus a 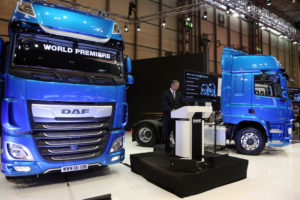 chance to exhibit our LF, CF and XF product range.”

MAN Truck & Bus is set to premiere four key product updates. The MAN XLION 6×2 Tractor, the TGE Flatframe Chassis Cowl, the TGE Minibus and the MAN D15 engines will all be making their first UK appearances at the event, alongside several other key product displays for MAN, including a feature on its alternative fuels expertise. Taking a large stand in Hall 5 as well as two external exhibits, MAN will be showcasing its expanded product portfolio as a full-range supplier to the industry.

Rob Skelton, CV Show Director, said, “For truck, van and trailer manufacturers, the CV Show continues to be the premier destination at which to unveil new product and engage with the market at the same time.”

Other exhibitors include FIAT Professional, LDV, Isuzu, Mitsubishi, SsangYong, Peugeot, Citroen and Toyota, alongside many other business involved in the CV Sector, from telematics firms and tyre producers, to commercial training providers and supply chain specialists.

Trailer and body manufacturers will also play a major part, and are often some of the busiest exhibitors at the show.

Those in the sector who have already announced new product launches include Cartwright Group, which will be displaying a new box-body built on an LNG-powered IVECO 7.5t rigid chassis, a result of a collaboration between the truck maker and Cartwight Fleet Services, along with a low-height 3.5t box-bodied van designed to maximise load space in height restricted areas.

Mark Cartwright, Group Managing Director of the Cartwright Group commented: “This year’s CV Show will be another showcase of our outstanding manufacturing capabilities. We will present a wide range of innovative products highlighting our focus on technology

“Our product range has evolved to meet the requirements of our customers across an increasingly wide range of markets not only in the UK, but on a global scale, confirming our company slogan ‘Better. Built in Britain’.”

Transdek has also announced a major new trailer innovation in the form of its 52-pallet double-deck Wedge Trailer, which offers enhanced access and stronger construction than its predecessors. It will also use the show to launcha smaller streamlined ‘Urban Wedge’, designed to maximise fuel economy and reduce emissions in built-up areas. 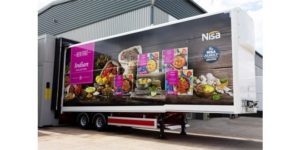 Mark Adams, CEO at Transdek, said: “We wanted to create a double deck trailer that, as well as maximising payload capacity on trunking and retail deliveries, offers companies the flexibility to gain the same mileage and cost savings on their backhaul and primary operations.

“Our Curtainside Wedge trailer offers the potential to really look at making significant mileage and cost savings, whether sites have our double deck lift pods fitted or side load with forklifts.”

In addition, the show will again feature specific Workshop and Cool Zones, aimed at CV maintenance and temperature-controlled distribution, while outdoor exhibits will include trailers and plant equipment.

David Crawford, Sales and Marketing Manager for the show, added, “The high number of exhibitors and visitors registering for this year’s CV show is a reassuring sign of market confidence and buoyancy within the road transport industry at a time of possible market uncertainty in other sectors. The Commercial Vehicle Show has always been, and will continue to be, the hard-working show for hard-working people.”

SMMT is one of the show partners, alongside the Institute of Road Transport Engineers (IRTE) and the Road Haulage Association (RHA). Transport News Brief will be providing a live news feed from the event, launching on 30 April, so be sure to bookmark the site for all of the show news, as it happens.

Visitor registration for the free-to-attend show is now open via the official website: www.cvshow.com.