The UK is facing a driver shortage of around 45,000 HGV licence holders, with the situation showing limited signs of improvement despite incentives to assist with training and develop apprenticeship schemes.

Key industry figures are campaigning to make driving a more attractive career, but the situation has been described as reaching crisis point by one of the country’s specialist driver recruitment agencies. 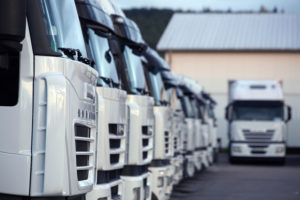 Drivers Direct has recently opened a new office alongside one of the UK’s main transcontinental shipping routes in order to try and attract additional driving resource. Their latest office is in Bury St Edmunds, a stone’s throw from the main A14 route connecting the Midlands to Felixstowe and Harwich.

John Major, the director of the franchise, claims that the demand for drivers has never been greater.

“There’s a real shortage in the UK at the moment,” he said. “There has been for some years, but it’s getting to a crisis point. I don’t know what they are going to do when Brexit hits if the foreign drivers go home.”

But Mr Major claims that not enough new drivers are being trained up at the moment, because it costs too much money. “We need to inject money into this, because almost everything in this country moves by road,” he added.

Pressure groups are also calling for better condition for drivers on the road. The Freight Transport Association (FTA) has created a Driver Facilities Charter, which outlines the need for better parking, security and hygiene facilities, especially for those undertaking long-haul driving duties.

The FTA’s Chief Executive, David Wells, said: “This is a key issue for FTA members who believe the lack of suitable places to take their rests and breaks is contributing to the ongoing shortage of drivers, making it more difficult to attract new entrants to the industry. 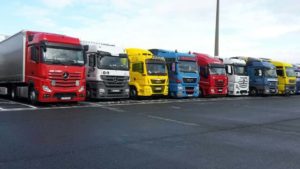 “Decent parking facilities providing basic needs for lorry drivers are vital. HGV drivers are legally required to take regular rest breaks. There are insufficient truck stops located where they need them, and even where they do exist availability of spaces can be a problem.

“It is important to recognise driver preference for lorry parking facilities which provide basic needs together with security on site, so that they can feel comfortable and safe.”

Another thing that might put people off the idea of becoming lorry drivers is the prospect of working unsociable hours, but John Major of Driver’s Direct says that many of his HGV drivers prefer to work nights. 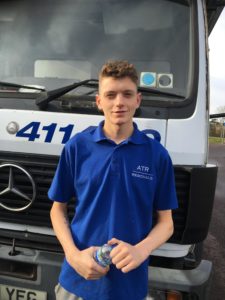 “The roads are quieter then, it’s easier,” he said. “They can work on their own without a boss peering over their shoulder, and the money is better for night work.

“We get lots of drivers aged 45 plus who have been made redundant from a different job and start driving as their next career. It’s a tough industry, but if you do it right, you can be very successful.”

Career changes later in life are one of the key areas on which driver recruitment is focused at present, in addition to the schemes aimed at bringing young people and apprentices into the industry.

One such incentive is the Road to Logisitcs scheme, a not-for-profit operation led by the Road Haulage Association and telematics provider, Microlise.

Road to Logistics is a national training programme to encourage new talent into the transport and logistics industry from sections of society where individuals need help and support to regain self-confidence and independence.

The programme enables companies to reduce the cost of recruiting new talent into their organisations.

It was founded in 2016 through a close collaboration between Bob Harbey, Executive Director of Microlise, and Richard Burnett, Chief Executive of the Road Haulage Association.

They are focusing on two key opportunities for driving roles – ex-services employees and reformed offenders.

Road to Logistics is working closely with services charity Care after Combat and the prison service to identify potential recruits for the programme.  Following interviews and employability assessment, Road to Logistics funds and supports new recruits through professional licence training before placing them in an appropriate job.

“Our aim is to provide professional assistance where possible for the well-being of veterans and their families,” said Care after Combat executive chairman, Jim Davidson OBE. “By providing secure long-term skilled employment in the transport industry we are achieving many of our goals while at the same time providing a new source of talent for the industry.

“Those who have served us in the forces deserve our help if things don’t work out when they leave. By working together, we can make sure that Road to Logistics them achieve their goals. Such is our confidence in the Road to Logistics programme that we will be taking the results to Westminster to gain a permanent funding stream for further entrants into the academies.”

The head of the RHA, Richard Burnett, also said government needed to do more to help his members. 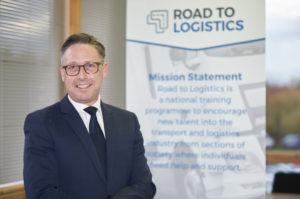 “The industry is doing all it can to promote itself as an excellent employment opportunity. Yet without financial support from the government, and without drivers, the industry on which the rest of the economy is so dependent will be going nowhere.”

A transport select committee inquiry in 2016 concluded that the driver shortage was hitting haulage hard but the RHA has expressed frustration with the government’s lack of progress as the problem has worsened.

In addition to support for the Road to Logistics initiative, Mr Burnett says that firms are finding it difficult to unlock Apprenticeship Levy funding as the sector has only drawn down a fraction of the £140m+ it has contributed.

“The Levy is supposed to help operators but our members tell us it’s a bureaucratic nightmare so we need to understand what the problems are and press the government into action to resolve them,” he added.