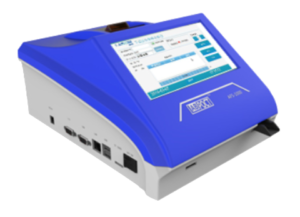 A British technology company that specialises in smart vehicle safety systems is launching a suite of new products designed to get Britain back to work and kickstart the economy.

But when the pandemic struck the company was keen to explore whether its tech-based approach could help businesses fight back.

It’s now ready to go to market with a range of products – everything from highly accurate machine-based COVID-19 testing to social distancing alarms – and is in pole position to deliver the technology that both employers and employees need in order to return to work with confidence.

Jay Biring, Chief Technical Officer at Exeros Technologies, said, “We saw early on that this pandemic was going to be extremely damaging to the economy and so, being a tech company, we decided to do what we do best to tackle the problem.

“With a recession looming, it’s important to use technology to our benefit to bounce back as quickly as possible.

“And that’s been our core focus throughout. How do we use tech to find solutions that enable the country to bounce back as safely, effectively and as quickly as possible?” 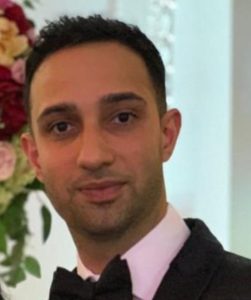 The company’s first product to officially launch is a state-of-the-art Immuno Chromotography Test Machine, for which it, with its partners holds the UK and EU licence.

While measures such as hand sanitising, the introduction of PPE and social distancing have been sufficient to get many sectors, such as automotive retail back into operation, many bigger employers, like those in the UK automotive manufacturing sector, are seeking the confidence that comes from underpinning government and industry safety advice with  regular testing in the workplace.

Figures from Make UK, the manufacturers’ organisation, suggest that 9 out of 10 manufacturers have continued to operate in some form throughout the crisis, but testing like that offered by Exeros’ machine, could be the key to increasing capacity, generating the revenues necessary to retain jobs and getting those businesses that remain closed back into operation.

One of the first such machines to be approved by the Medicines and Healthcare Products Regulatory Agency (MRHA), the Exeros machine scans pin-prick blood samples and is proven in clinical studies  to be 99% accurate in detecting whether someone has contracted COVID-19. It can process a test every 10 seconds, with patients receiving their results within eight minutes.

The  desktop machine, which played a key role in Italy’s efforts to reduce the scale of its pandemic, means it can easily be installed in any workplace with tests being administered either by the employer’s own occupational health team or by professionals from Exeros’s partner company, AB Health Group.

Exeros and AB Health have worked together since the beginning having been introduced at a business networking event some years earlier. AB Health have provided the medical expertise to help Exeros develop its new technology. Initially, Exeros will market the machine at businesses with more than 500 employees. They will receive the testing machine for free when they order 5,000 or more test kits. Each test costs between £12-£15. Tests are usually repeated on a weekly basis, so positive cases can be identified quickly. Positive cases can then be isolated and data fed into the national track and trace network.

Next, and set to launch imminently, will be the company’s wearable social distancing alarm system that sounds an audible warning and vibration alert when teammates get too close.

The system works by employees wearing discreet badges and watches that communicate using ultra-wide band radio. The devices are accurate down to 10cm and organisations are given access to their own, internal contact tracing app to decisively review social distancing across the workplace and manage procedures with ease.

The wearable smart watch device even incorporates an oximeter to measure the wearer’s blood oxygenation levels – low oxygen saturation can be an indicator of COVID-19. After reporting suspected cases back to the employer for action, this can then form the basis of an employer’s own localised track, test and trace system.

Just like the national track and trace effort, seen as so crucial by government and the WHO, this can provide the data that will prevent total lockdown and allow businesses to continue to operate by quickly identifying and isolating anyone who may have come into contact with infected team members

Beyond this, the Exeros team is also developing a series of thermal imaging cameras for worker temperature detection and are in the latter stages of developing an integrated back-to-work passport system. This will operate in conjunction with other technologies to give those who are safe to return to work their own QR access code similar to an airline boarding pass.

Biring added, “This kind of technology is going to be critical in getting the country back to work and the economy going again. The quicker businesses can start using this technology to develop the confidence both they and their staff need to return to work, the better.

“We know, for example, that the automotive industry needs to keep moving and getting businesses back to work is really important for jobs and for the economy as a whole.”