Thursday 26 January, 2017 UK car production achieved a 17-year high in 2016, according to the latest figures published today by the Society of Motor Manufacturers and Traders (SMMT). 1,727,471 vehicles rolled off production lines last year, from some 15 manufacturers, an 8.8% uplift on total production 2015 – and the highest output since 1999.

More cars are now being exported from Britain than ever before, the result of huge investment made over recent years in world-class production facilities, cutting-edge technology and design, and one of Europe’s most highly skilled and productive workforces. Ten brand new car models began production in the UK last year, nine of them from premium brands, which has helped make the UK the second biggest producer of premium cars in Europe, after Germany, and the third biggest car producer. 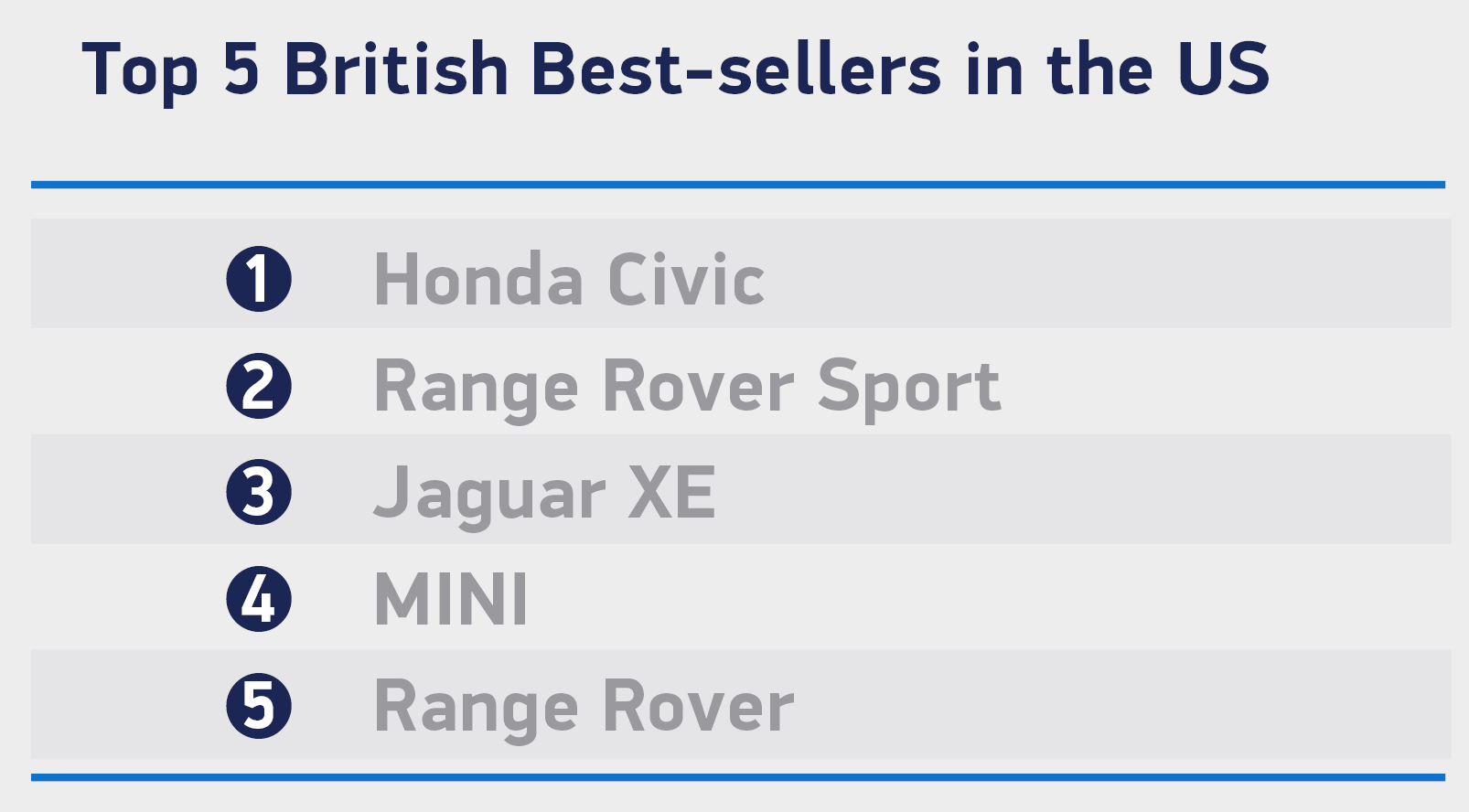 Production growth was predominantly driven by overseas demand, with global appetite for British-built cars rising by 10.3% to an all time high of 1,354,216 – a second consecutive annual record. Around eight out of every 10 cars manufactured in the UK is now exported, bound for one of 160 markets worldwide.

Growth was strong across a number of global markets, most notably the US, where demand rose by almost half – the highest rate of all UK Automotive’s top 10 export destinations. American motorists now buy more British cars than those in any other single country, taking 14.5% – more than one in seven – of all UK car exports, up from 11% in 2015. Significant uplifts were also seen in Turkey, Japan and Canada, while China, third on the list of exports markets, grew by a more modest 3.1%, with 88,610 UK cars exported last year. 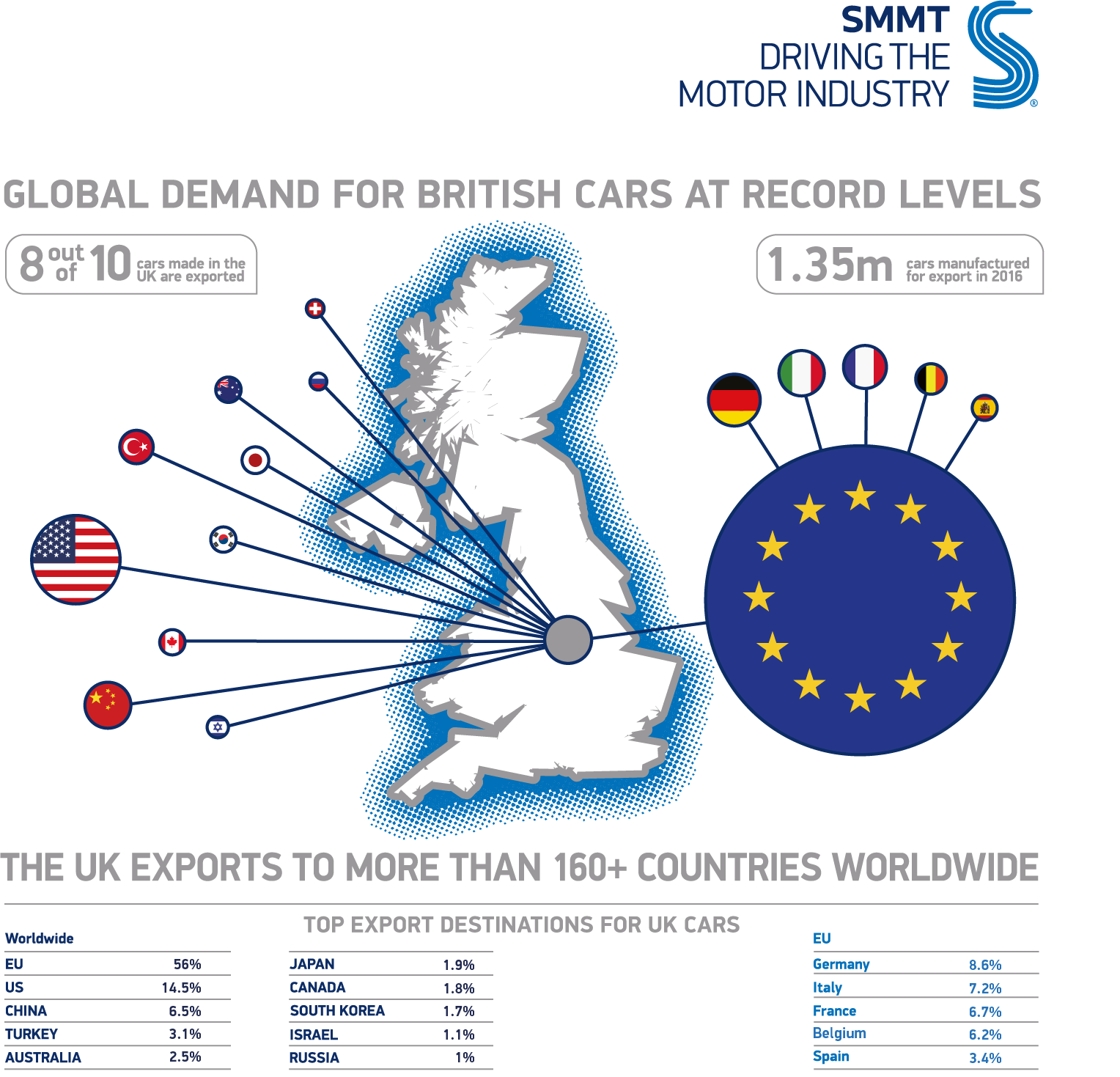 Continuing economic recovery across Europe drove much of the growth, with production for the continent boosted by 7.5% to 758,680. The region not only accounts for more than half of UK car exports, but supplies the majority of the components fitted to them (65%), underlining the critical importance of tariff- and barrier-free trade to the future of UK automotive production.

Domestic demand for UK built cars also grew last year, up 3.7% in the year, and the UK remains the second largest car market in Europe, again after Germany. One in seven new cars registered by UK buyers is now made in Britain, up from one in eight three years ago. Meanwhile, British buyers are also increasingly choosing American-manufactured vehicles, with some 39,554 US cars newly registered in 2016 – an uplift of more than a quarter (29.6%) on the previous year and representing 1.5% of the UK new car market.

“The tremendous growth in UK production is testament to the global competitiveness of the UK automotive sector. High class engineering, advanced technology and a workforce committed to quality have helped turn around the industry, making the UK among the most productive places in the world to make cars. The global automotive industry is highly integrated and its supply chains increasingly interdependent, so it is vital we maintain open trade links with the US for the benefit of consumers and the industry worldwide.”