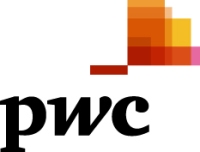 The 50 strong UK PwC R&D credit and patent box team is based in offices throughout the UK, from Aberdeen to Swansea to Southampton, with deep expertise in the automotive sector, helping companies claim R&D credits since 2000. We work with our engineering experts whose industry experience ensures a highly efficient claim process.

PwC help companies of all sizes – from the largest OEMs with annual UK R&D expenditure in the hundreds  of millions of pounds to Small or Medium sized Enterprise (SME) supply chain businesses and component developers – spanning Formula 1, domestic, commercial and military vehicles.

The team is part of their global network, working with colleagues in the US, Japan, Australia and round the world. They have successfully helped groups optimise their uptake of government incentives by comparing the benefits from R&D investments in different locations. Their focus has always been to help businesses implement R&D credit claim methods that minimise the effort involved while claiming the full entitlement, and in a way that can be run in-house.

This includes solution such as:

The types of work covered in claims that PwC’s UK R&D team  has assisted with include:

They have led the development of the new ‘Above The Line’ R&D expenditure credit. For large companies (and SMEs doing R&D for customers) this is available from 1 April 2013 with an 8% cash value compared to 6% under the existing scheme. They have been actively engaged with HM Treasury, HMRC Policy and industry organisations to secure its introduction and are deeply familiar with how it works. Their team wrote the economic analysis paper on behalf of SMMT and EEF that was a key part of securing the new credit. The PwC R&D tax credit team recently won ‘Best Big 4 Tax Team’ at the 2012 LexisNexis taxation awards for its record of achievement, client service and teamwork which marks us out in a highly competitive field.

They have always focused on methods that minimise the effort and cost of claims for companies – ensuring your engineering teams spend their time on innovation, not making claims. They don’t just cover R&D claims – our network comprises experts not only in R&D but also the Patent Box incentive which gives a 10% tax rate on profits derived from patents, such as the sale of products incorporating the invention. This more than halves the rate of tax suffered. PwC has been at the forefront of the development of the UK Patent Box regime, where as part of the Government’s aim to encourage innovation in the UK and increase tax competitiveness, a favourable 10% tax rate will apply to profits arising from 1 April 2013.

Finally, Anna Floyer-Lea recently joined PwC’s Patent Box team from HM Treasury, where she led the design and implementation of the new scheme.  PwC have worked closely with industry bodies, the Treasury and HMRC Policy throughout the regime’s development and have been close to the design of the scheme, supporting the economic analysis which took place prior to the regime’s announcement.

For more information please contact either of the following contacts: