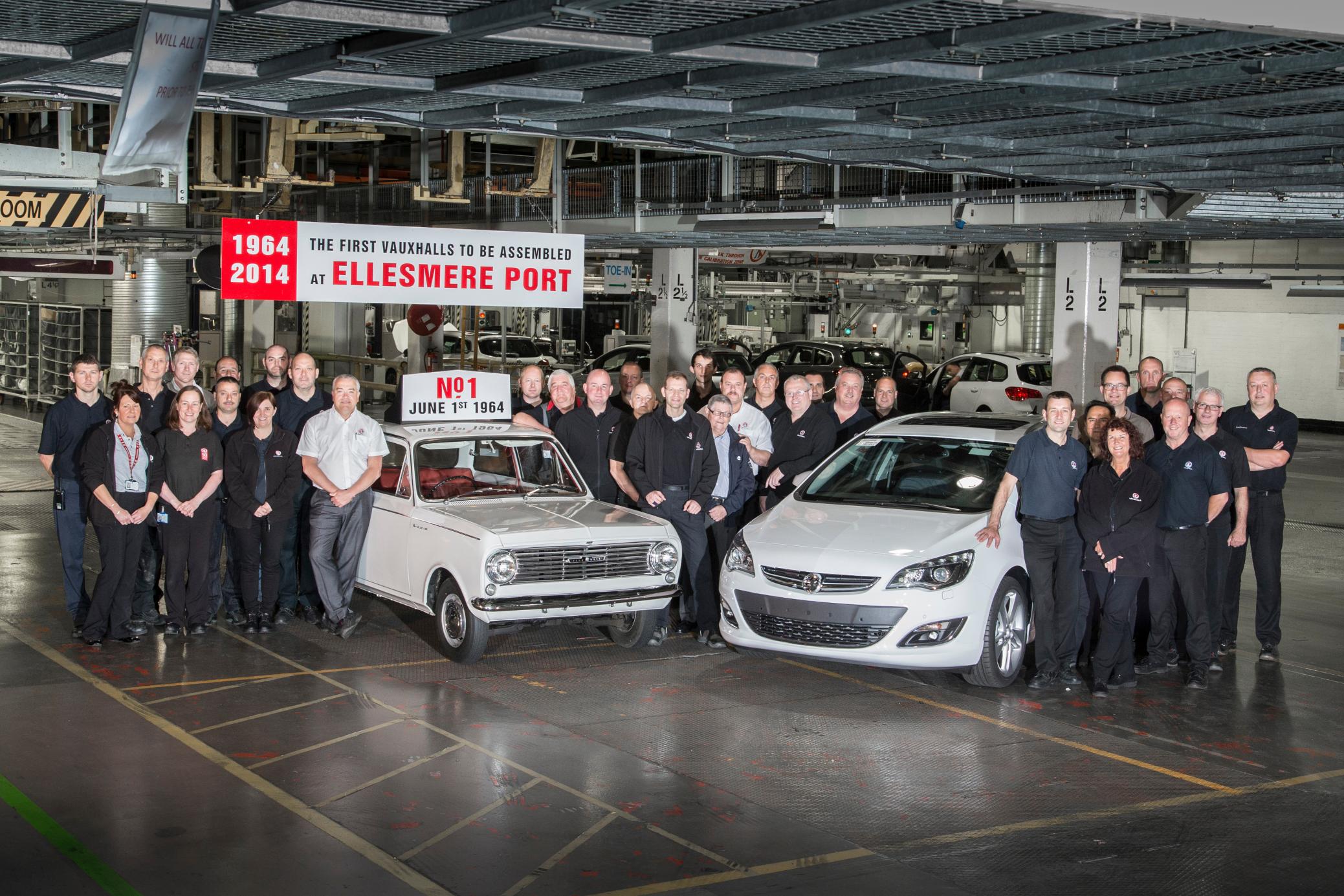 Vauxhall is celebrating 50 years of manufacturing at its Ellesmere Port site in Cheshire. The site, which produces more than 70,000 Vauxhall Astras a year, started manufacturing the Vauxhall Viva on 1 June 1964. Production of the Viva ran at Ellesmere Port until 1978 when it was replaced by the Chevette.

In 1981, production of the first-generation Astra began at Ellesmere Port and, in the following four decades, the facility has become synonymous with Vauxhall’s best-selling model.

Following an announcement of £125 million investment in 2012, production of the next generation Vauxhall Astra will start at Ellesmere Port in 2015, securing the plant’s future well into the 2020s.