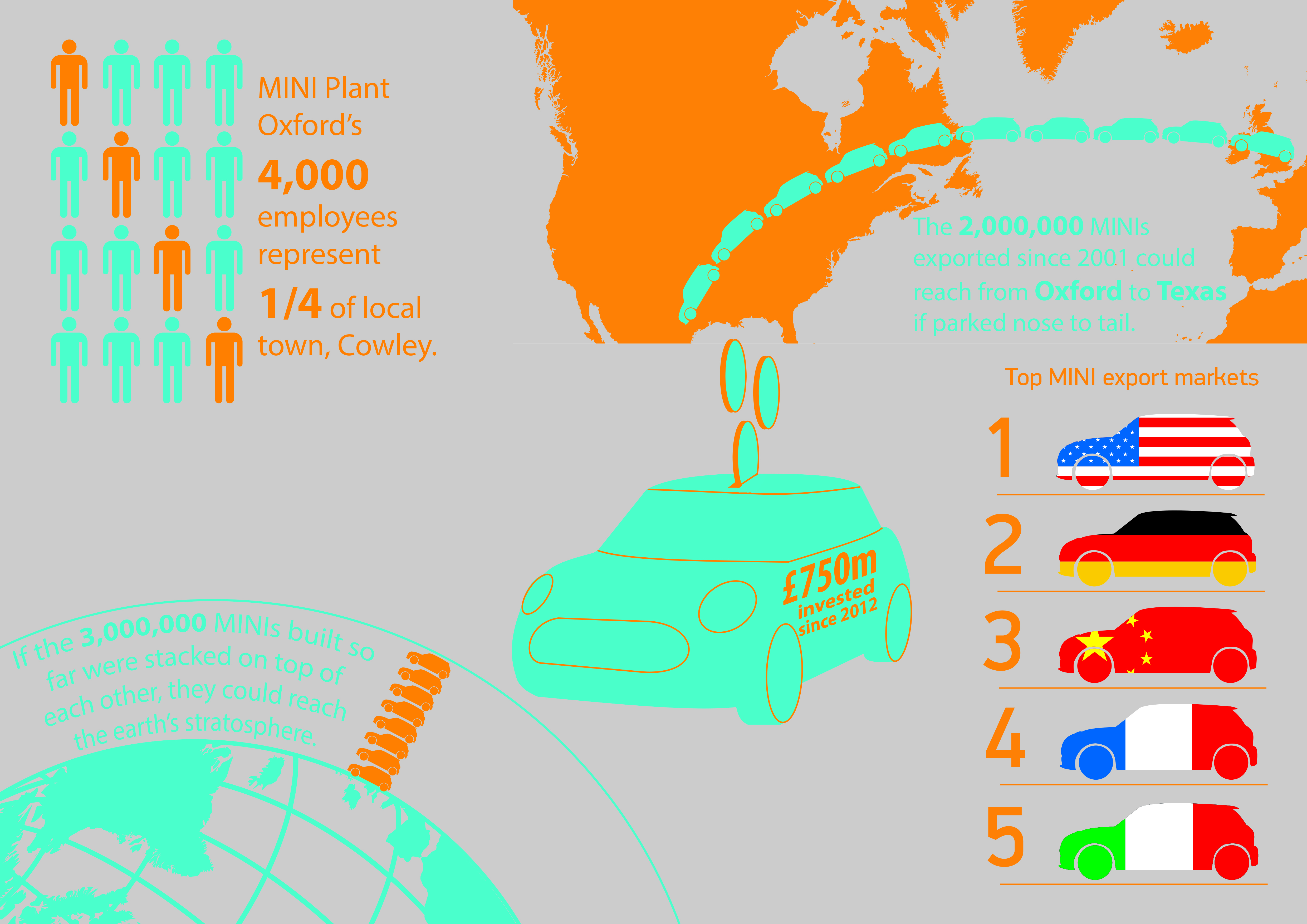 MINI is one of the most productive manufacturers in the UK, with the MINI the second-most produced car in the country.

Vehicles are assembled at MINI’s spiritual home in Oxford, on the same site where the original Austin Mini started production in 1959. Panels are produced at MINI’s pressing plant in Swindon, while a number of its engines are produced at BMW’s engine facility in Hams Hall.

Recently, MINI has seen a number of production milestones. Here are five facts you need to know about MINI in the UK.

More than 3,000,000 MINIs have been produced since BMW relaunched the brand in May 2001. Last year, MINI produced more than 175,000 vehicles at Plant Oxford, which currently builds the three- and five-door Hatch, Convertible, Roadster and Coupe. MINI also has plants in Austria, the Netherlands and Asia.

Since 2001, MINI Plant Oxford has exported more than 2,000,000 cars. Last year, 80% of the plant’s produce was exported, making it the third-largest exporter of vehicles in the UK. In the same year, the automotive industry as a whole exported £30.7 billion worth of products, accounting for 10% of all UK exports. 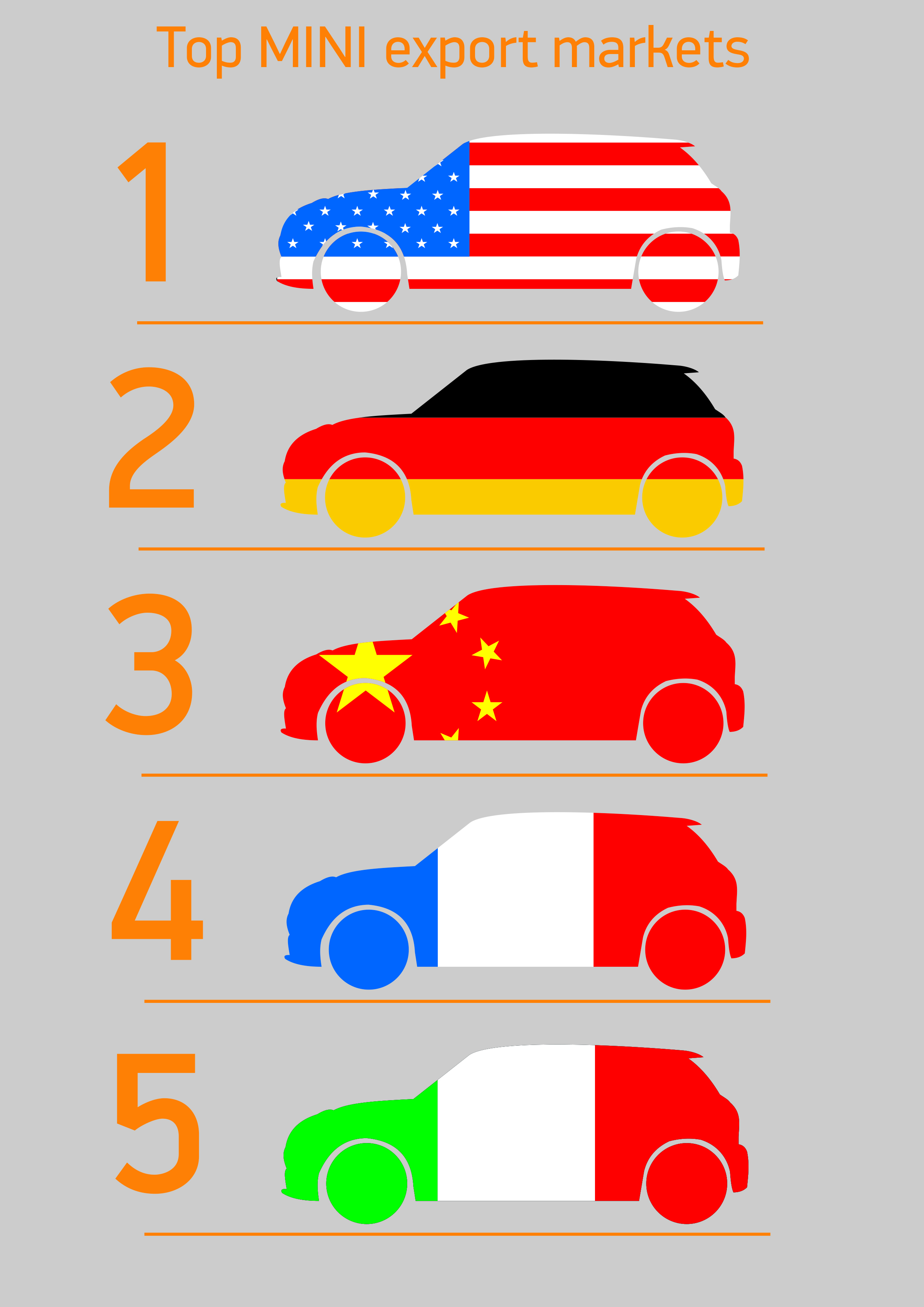 MINI exports to 110 countries worldwide, the most popular of which are the US, Germany, China, France and Italy. The UK is MINI’s second-largest market after the US, with more than 34,000 Oxford-bulit MINIs finding homes in the UK in 2013. 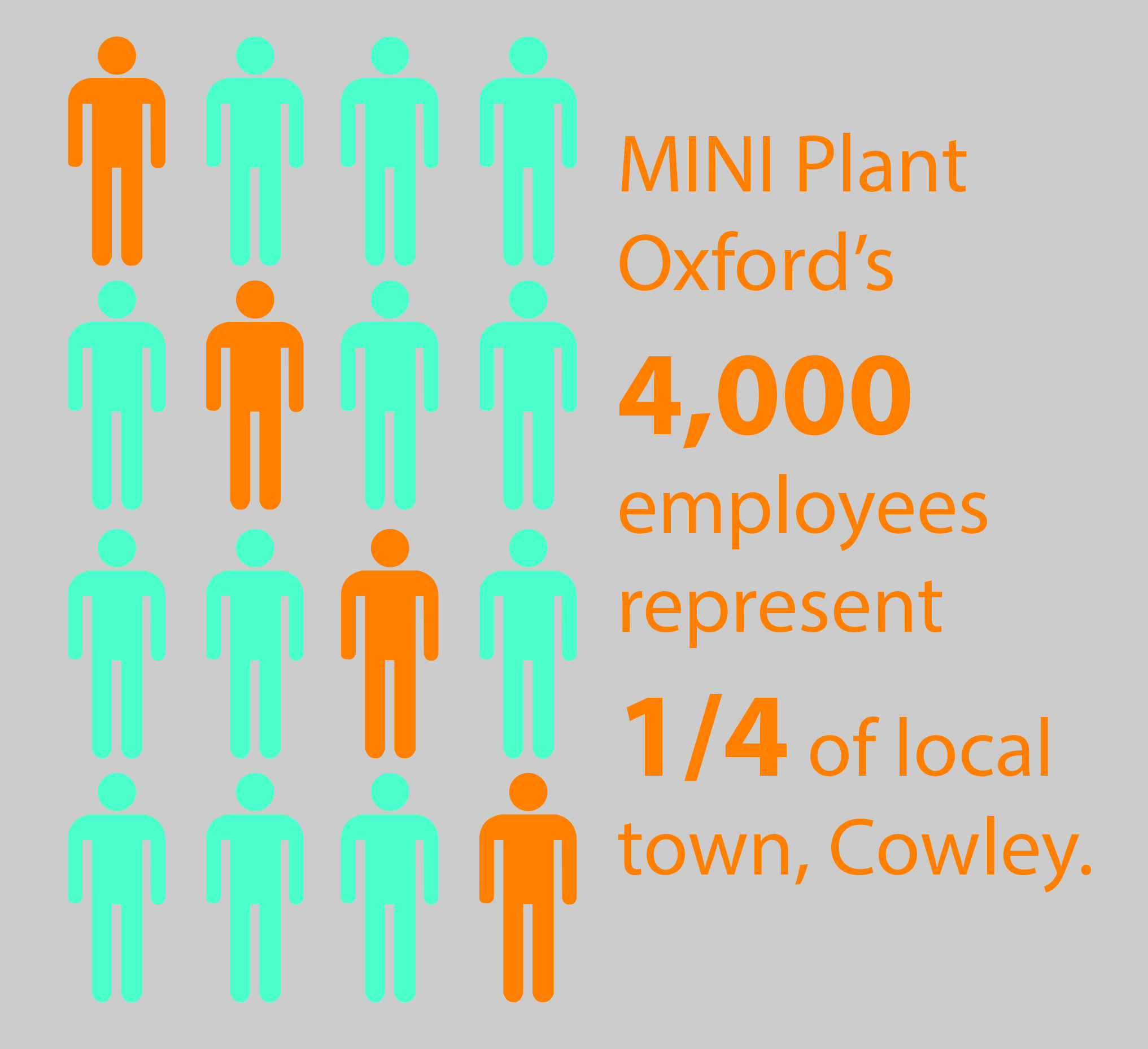 MINI’s Oxford Plant has grown from employing 2,400 on a single shift in 2001 to having a workforce of around 4,000 people working three shifts to produce 1,000 cars each day. The plant also employs nearly 100 apprentices. Around 770,000 people are employed across the UK automotive industry as a whole. 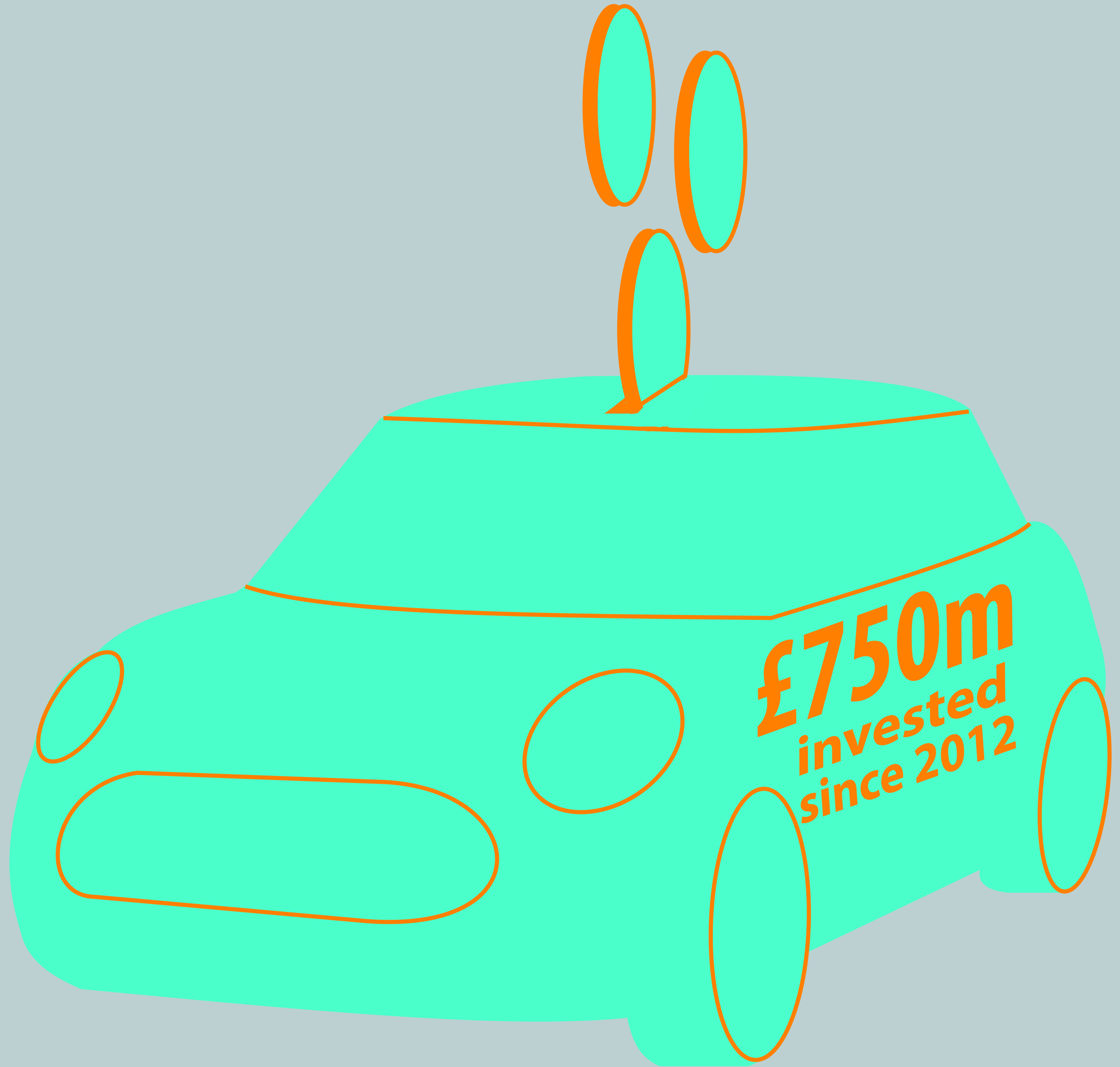 Between 2012 and 2015 BMW is investing £750 million into UK production. This will secure 5,600 jobs in Oxford, Swindon and Hams Hall and help the brand grow globally. Since 2000, the manufacturer has invested £1.75 billion in UK facilities.