Thursday 5 November 2015 Figures released today by the Society of Motor Manufacturers and Traders (SMMT) show UK new car registrations dropped for the first time in more than three and a half years as market growth levelled off in October 2015. 177,664 new cars were registered in the month, representing a slight decrease of 1.1% on last year’s figure and following a record 43 consecutive months of growth.

Year-to-date figures strongly demonstrate that the new car market is still very buoyant – 2,274,550 cars have been registered so far this year, 6.4% more than at this time in 2014, and the best year-to-date performance on record.

Diesel and petrol market shares remained stable, while the demand for alternatively fuelled vehicles (AFVs) continues to show positive growth. October AFV volumes were up by 13.8%, reaching 3% of the total market for the first time, as more consumers switch to an ever more diverse range of ultra low emission vehicles. The high-value market segments saw the biggest gains, with specialist sports and luxury saloon vehicle registrations growing 59.0% and 23.1% respectively.

Mike Hawes, SMMT Chief Executive, said, “The UK car market has gone through a period of unprecedented growth and, so far, 2015 has been a bumper year with the strongest performance since the recession. As expected, demand has now begun to level off but the sector is in a strong position, as low interest rates, consumer confidence and exciting new products combine to attract new car buyers. The current full-year growth forecast remains on track.” 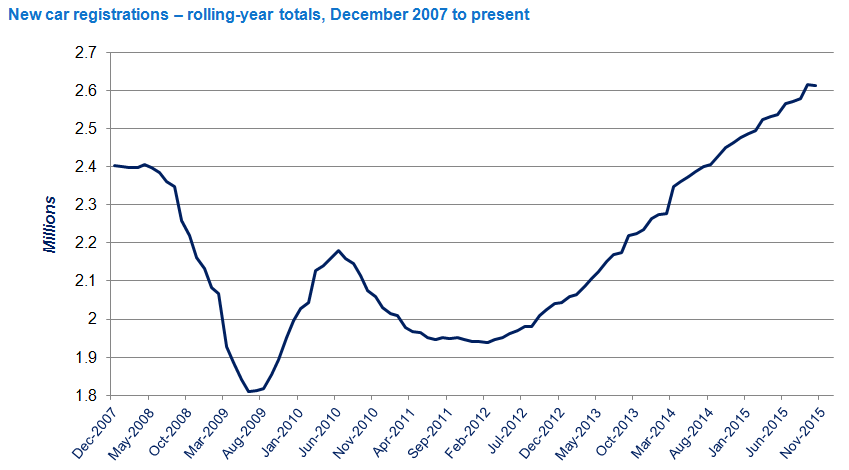 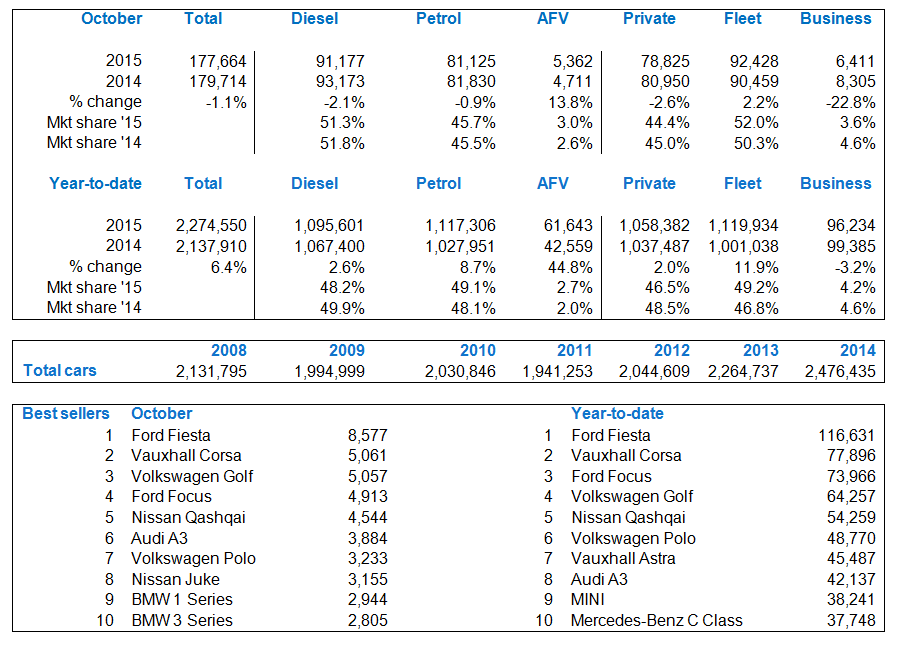