Feature: How machine learning could be the key to an autonomous future

One of the latest trends in the world of commercial vehicle design and engineering is ‘machine learning’, a term that’s used across the wider automotive world and is rapidly transforming the way in which certain vehicle systems are engineered and built. 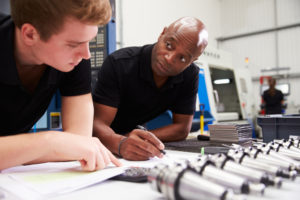 Vehicle manufacturers are keen to get hold of people with machine learning experience and bring them on board for the betterment of future products. It’s also being touted as fundamental to the development of driverless vehicles.

But what is machine learning? Essentially, it’s a type of computerised artificial intelligence (AI) that allows the interpretation of large amounts of data, on a scale far in advance of anything humans could do.

So new – and, perhaps, confusing – is the term that in the course of researching this article, many of the large vehicle manufacturers we contacted were unfamiliar with it.

Bob Morris of Isuzu Truck, however, is an enthusiastic fan. “It’s basically automatic data analysis and model building,” he says. “If you look at a truck today and one from 20 years ago, it’s the difference between a biplane and Concorde. It’s a computer on wheels now and there is a huge amount of data flowing around that truck that can be fed into a system and produce information.”

That information can be used in myriad ways – for example, predicting maintenance patterns for fleet management systems, identifying common component failures and predicting when they’ll happen. It could build up a picture of which delivery routes are more efficient, or spot fuel fraud by drivers.

“Machine learning will ultimately improve the products that consumers are driving,” Morris says.

Johann Jungwirth, chief digital officer at the Volkswagen Group, agrees. “First-class competence in the field of AI is essential for safeguarding the future,” he says. “Artificial intelligence and machine learning are emerging as key technologies in the industry.”

Some of the most fascinating uses of machine learning come in autonomous driving – an area that has huge potential for the commercial vehicle industry, from deliveries to passenger transport. One man at the cutting edge is Stan Boland, a serial IT entrepreneur who heads London start-up firm Five AI. The company aims to introduce machine learning techniques into autonomous driving software. 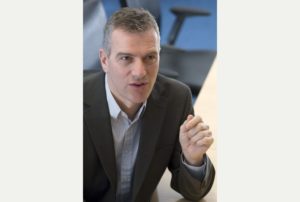 For Five AI, machine learning is a tool by which its systems, installed in fully autonomous vehicles, will learn to interpret the environment around them.

“It’s an incredibly broad term and interchangeably used with ‘artificial intelligence’,” Boland says. “We consider machine learning to be a subset of AI. It’s about training computers to be able to apply cognitive capability to a new set of data, based on an old set of data.”

Five AI’s aim is to develop software that can be used in autonomous vehicles to let them drive themselves in a way that goes beyond current semi-autonomous reactive systems. The firm is focusing particularly on urban environments.

“Urban is the most difficult problem area to solve, because there is so much more complexity,” Boland says. “The number of potential actors in the scene is that much higher – you have to be able to accurately identify where they are, what they’re doing and what they might do next.”

Using sensors and cameras around a vehicle, Five AI’s software will have to process vast amounts of data, interpret what it sees – from buildings to pavements to cars to pedestrians to dogs – and make decisions accordingly.

“What we’ve tried to do, using a method known as convolutional neural networks (CNNs), is determine what objects are on the scene,” Boland says.

“We’re going to leverage work that’s been successful for the past eight years and apply CNNs to that problem. It’s a form of what’s called supervised learning.”

This involves feeding image data into the software, with labels attached – such as ‘dog’. Over time, with human correction of errors, the software will improve its identification skills of dogs, roads, cars and so on.

“You can train a neural network so it will now do a better job than humans in recognising images,” Boland says. “You can feed it an image that it has never seen before and it will classify it as definitely a dog. That’s called supervised learning and is a well-understood application of machine learning technique.”

Five AI is also working on another layer of machine learning capability called unsupervised learning, which will allow vehicles to build full 3D images of environments based on incomplete data from its cameras. Known as object parsing, it could, for example, spot the bumper of a particular model of car and, based on previous experience, identify the car’s dimensions.

“Because there are so many objects in the world you could never create enough training data for a classic neural network,” Boland says. “There’s a second science, which uses a form of unsupervised learning in which we could train a network on billions of images, none of which have to be labelled, so there’s no human involvement.

“You’ve now got everything you need to reconstruct the world in three dimensions. You can identify buildings, how far away they are, the individual actors in the scene, how they’re moving and even if you can only partly see them, infer a full object. Now you’ve got the ingredients for another type of artificial intelligence to work out what happens next.”

This is where such future autonomous technology can differ from reactive systems, by basing decisions on what has not yet happened.

Artificial Intelligence is key to an autonomous future

“We could build a driverless car system that tries to pay attention to the most important agents in the scene to work out, based on observation, what they might do next,” Boland says. “On a motorway, if someone’s driving towards the back of a truck it’s likely they’re going to indicate and pull out, but there’s a chance they’re going to slow down or turn left. You can rank those behaviours in terms of probability and work out how the scene is going to evolve, and take a planning decision.”

This complex computer science is developing rapidly, and tech firms are battling to stay ahead of their competition. Stan Boland believes systems such as Five AI’s can have a dramatic impact on how we use roads in the future.

“All of those layers [in our software] require machine learning technology to allow them to work,” he says. “Each is an emerging science and each happens to be an area of active research in the UK. We’re confident we can assemble a solution that’s certainly as good as anyone else’s in the world – and possibly better.”