The UK new car market achieved a 12-year high in January, according to figures published by SMMT. 174,564 vehicles left showrooms last month – a 2.9% year-on-year uplift and the highest level since 2005.1 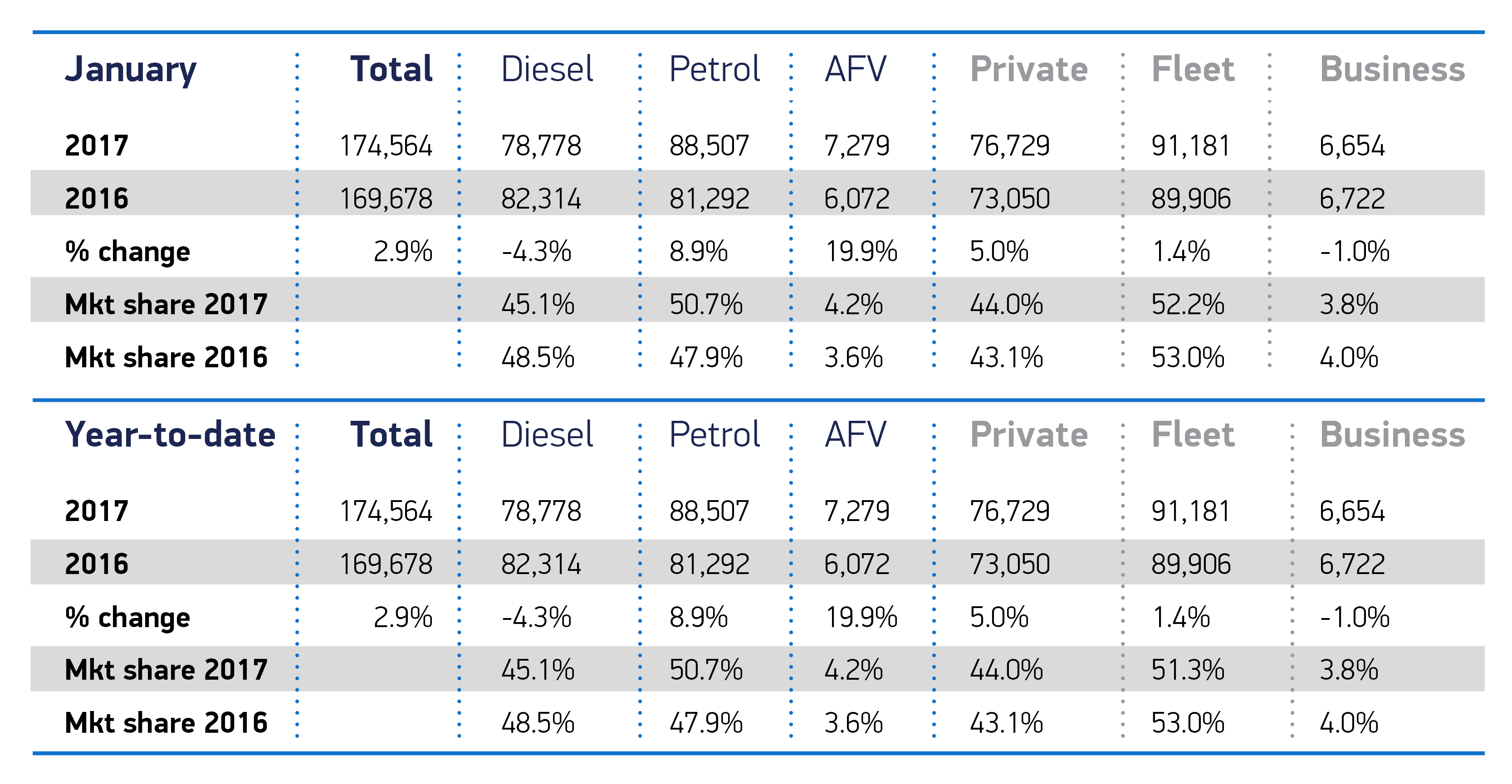 Significantly, however, the alternatively fuelled vehicle segment grew 19.9% to take a record 4.2% market share2 –  the first time 4% has been surpassed. Across other fuel types there was a mixed picture with diesel registrations down -4.3% but new car registrations of petrol cars grew 8.9%.

Across the market, private motorists led the growth, registering 76,729 new cars – up 5.0%. Fleet demand also grew marginally by 1.4%, while business registrations fell by -1.0%.

2017 got off to a good start in the new car market, buoyed by a great range of new models which are safer and cleaner than ever before. It’s encouraging to see alternatively fuelled vehicles benefiting from this positive growth, reaching a record market share. After record growth in 2016, some cooling is anticipated over the coming months, but provided interest rates remain low and the economy stable, the market is in a good position to withstand its short-term challenges. 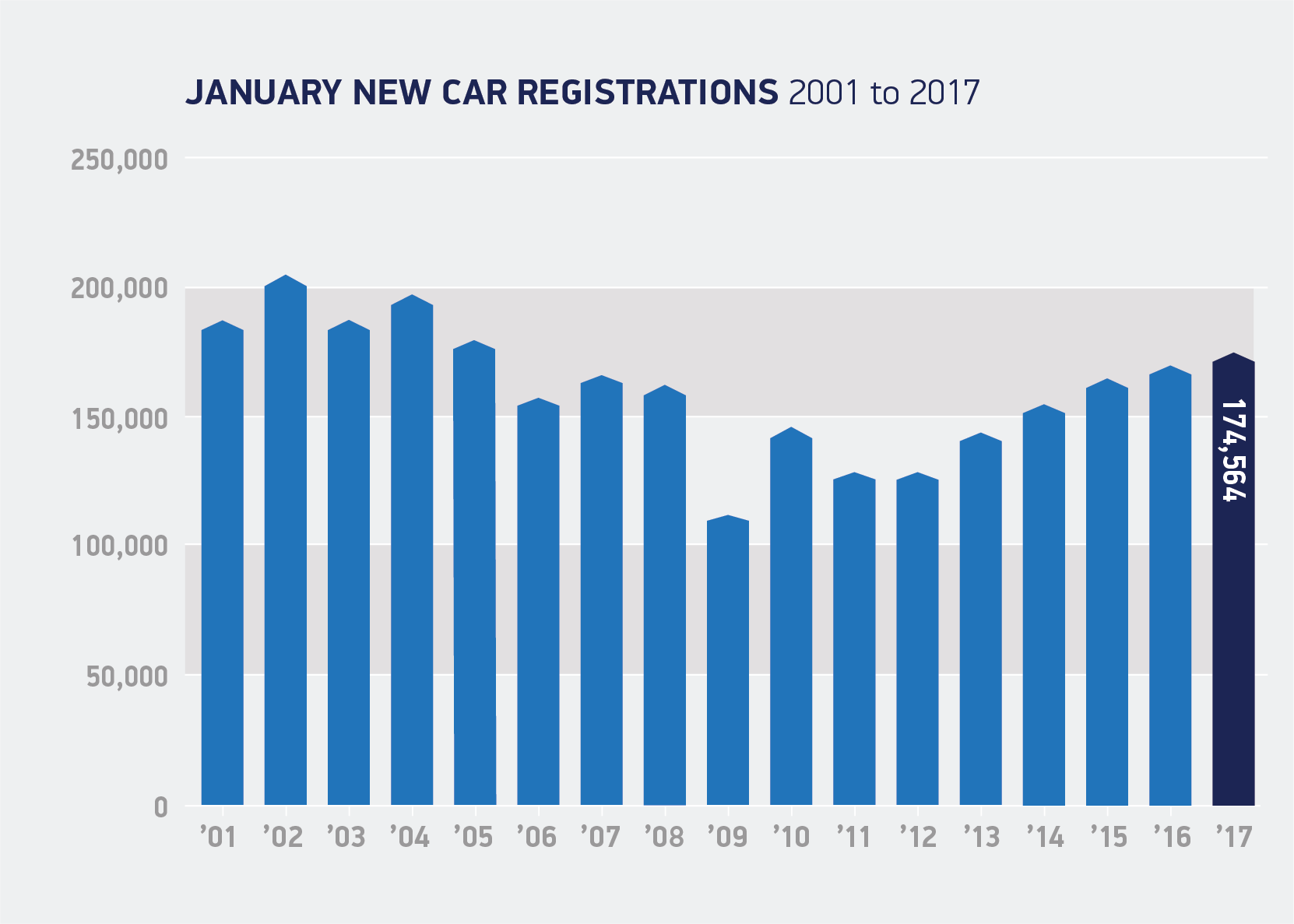 2 The previous monthly AFV market share record was 3.6%, achieved in January and November 2016.