The new light commercial vehicle (LCV) market declined in 2017, a -3.6% fall on 2016, according to the latest figures released today by the Society of Motor Manufacturers and Traders (SMMT). 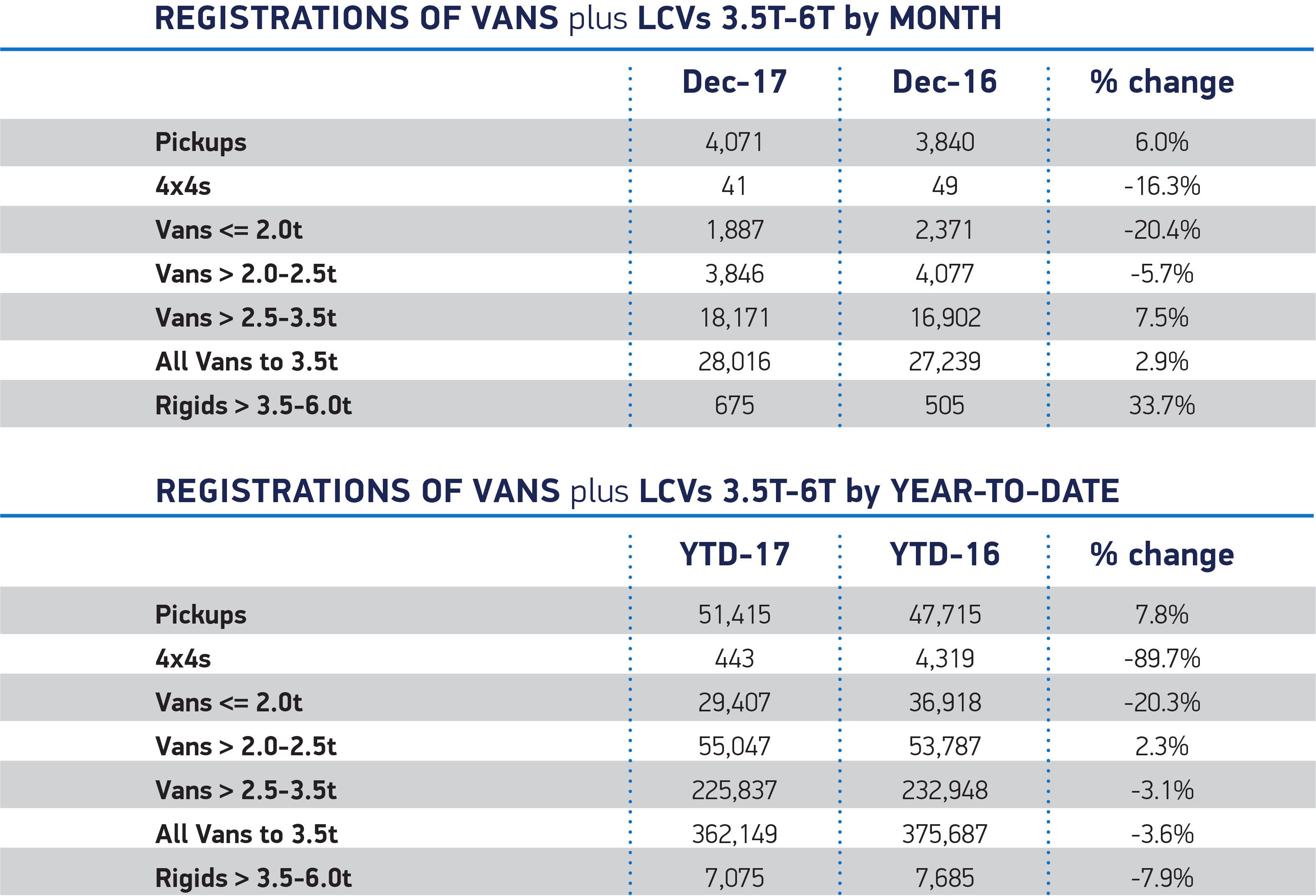 It is the market’s first decline since 2012 but with 362,149 new vans and pick-ups driven off forecourts in the year, demand is still at its third highest in a decade. 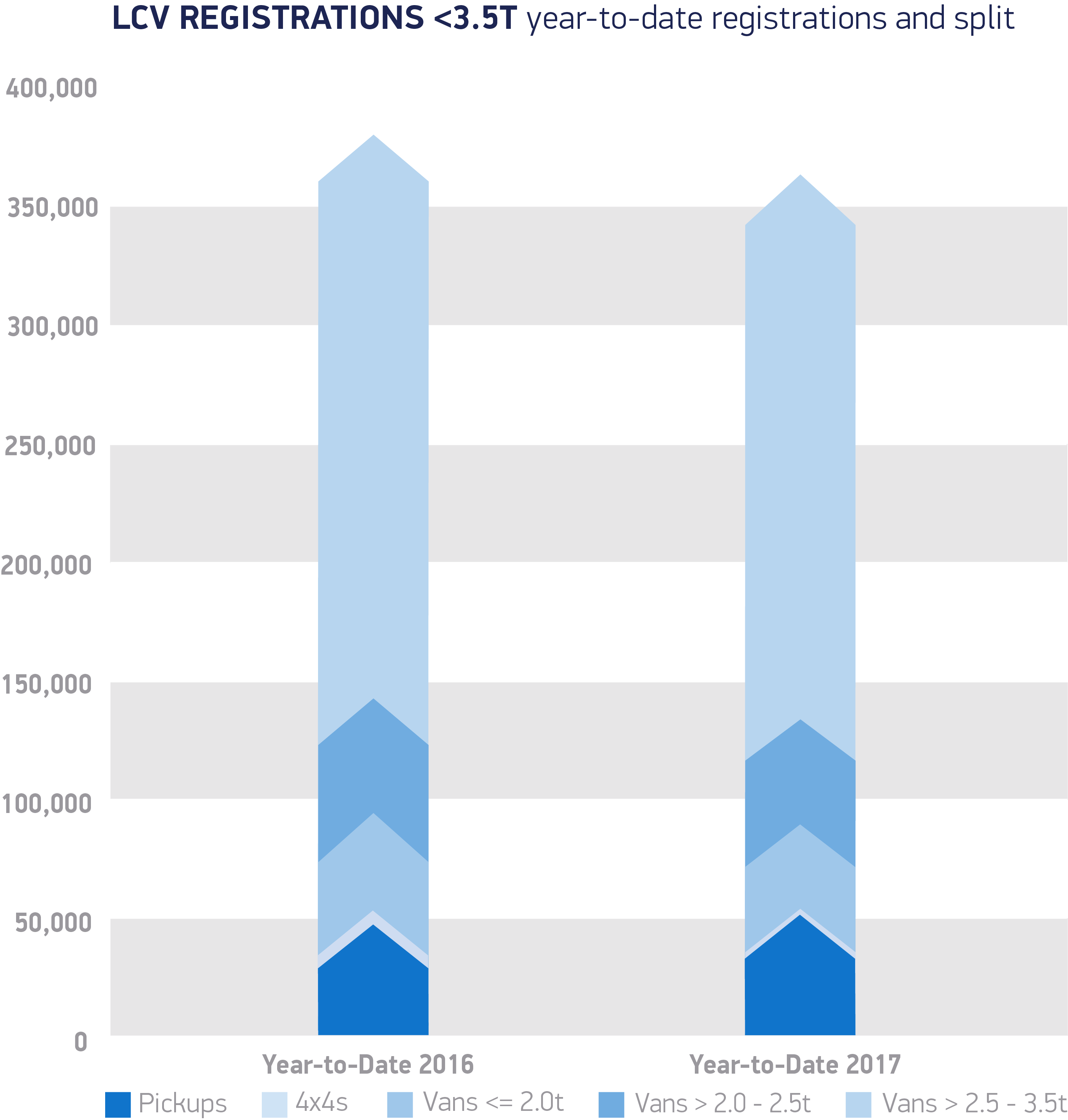 While the market has slowed in 2017, this was in line with expectations and demand remains at a high level. In fact, LCV registrations have increased 62.5% since 20101. For 2018, however, we expect the economic and political uncertainty to continue to affect the market so government must rebuild business confidence and encourage operators to invest in new vehicles given fleet renewal is fastest way to reduce overall emissions. 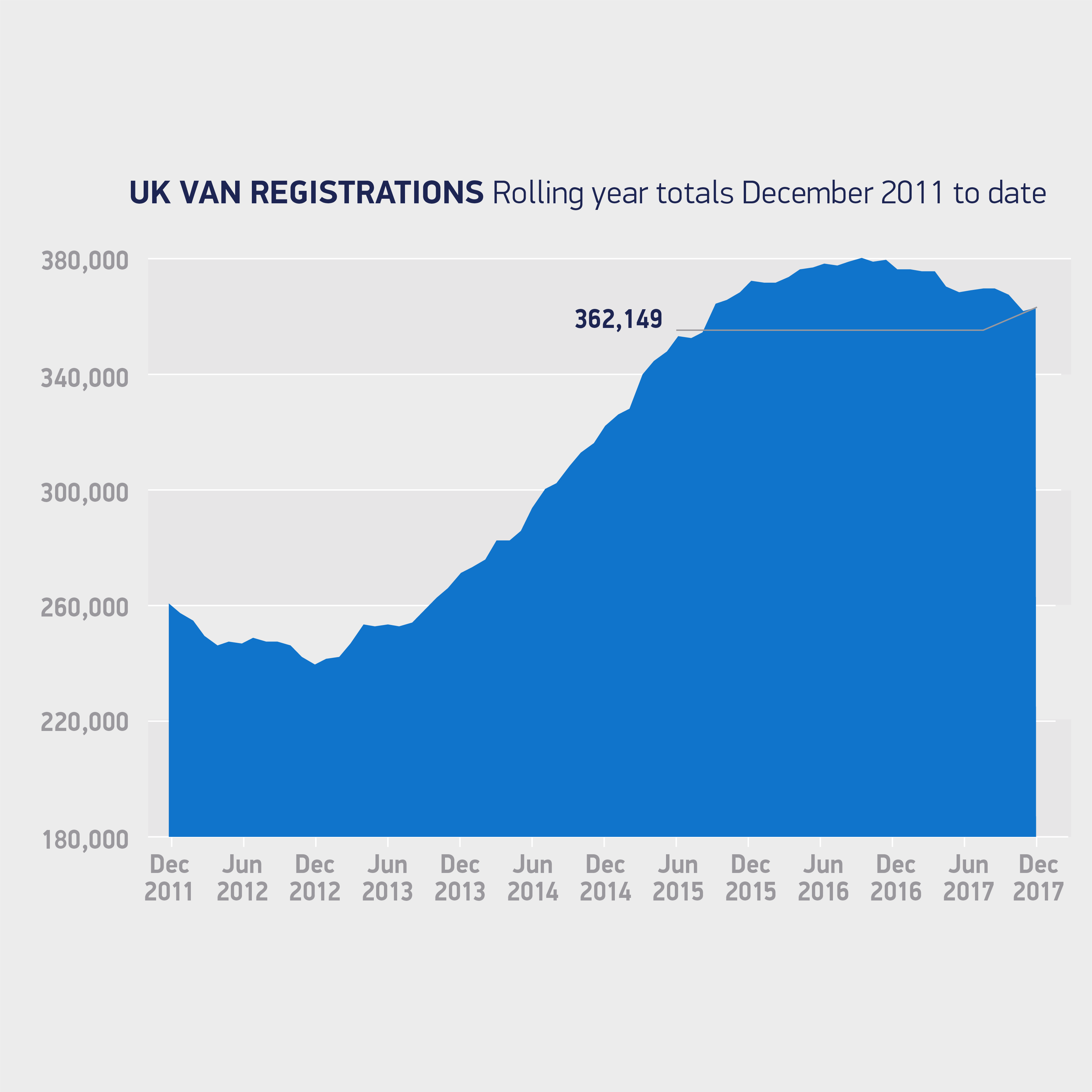