The growing strength of the automotive relationship between the UK and South Korea was highlighted today by the Society of Motor Manufacturers and Traders (SMMT) during its trade mission to the country.

Latest figures from the UK trade body show that Britain is now the largest new car market in the EU for Korean car brands. 190,215 British motorists chose cars with Korean badges last year – with Kia, Hyundai and SsangYong models accounting for around one in 13 (7.5%) of new car registrations – up from 60,460 (2.5%) ten years prior.1 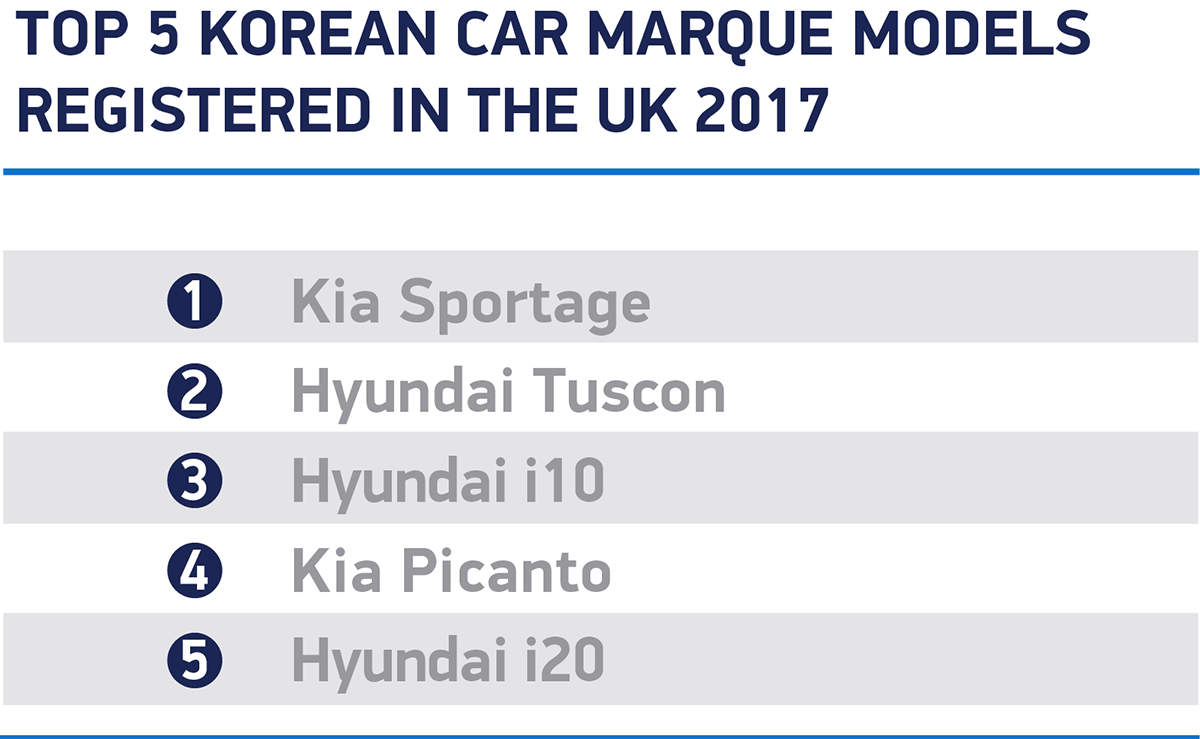 Meanwhile, British consumers are also responsible for boosting output at Korean car factories, with UK demand for models built in the country hitting record levels in 2017. The UK imported 103,078 Korean-made cars last year – up 93% since 2010. Over the same period, UK production of cars for Korean buyers has risen more than four-fold, with 20,698 models exported to the country last year, 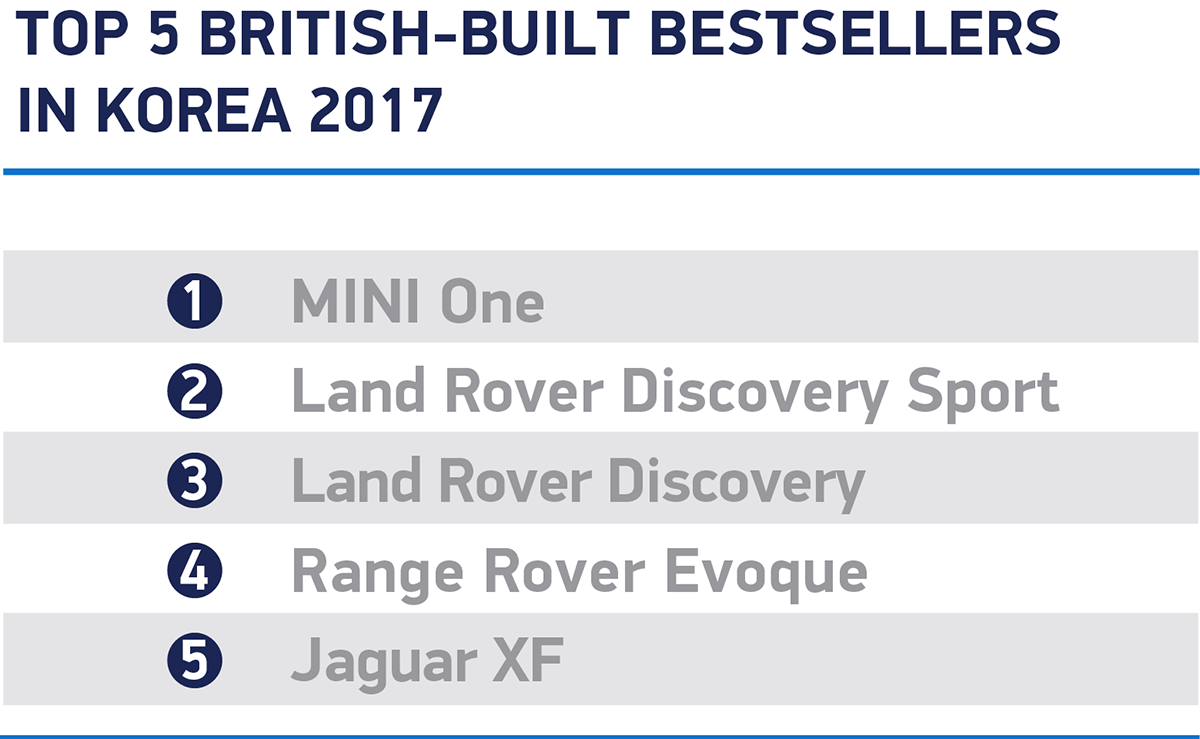 The recent growth in bilateral trade has been enabled by the EU-Korea Free Trade Agreement (FTA), applied in 2011, which enables cars and components to move across borders without tariffs. To ensure both markets can continue to benefit in future, it’s crucial that this arrangement remains in place beyond March 2019.

The UK’s automotive relationship with Korea goes back many years and today the motor trade between our two countries goes from strength-to-strength. Britain is one of the most important global markets for Korean manufacturers, and vice-versa, with consumers in both countries benefitting from a huge choice of cutting-edge models.

With the UK’s reputation for world-class engineering, and its position as a test bed for the next generation of connected, autonomous and zero emission vehicles, strengthening our trade links with global automotive leaders such as Korea can only bring mutual success.

The news comes as SMMT and a delegation of its UK-based members visit Korea this week on a trade mission to explore new business opportunities. The mission will provide a greater understanding for UK companies of the South Korean market and include visits to Seoul, Daegu and Gwangju. 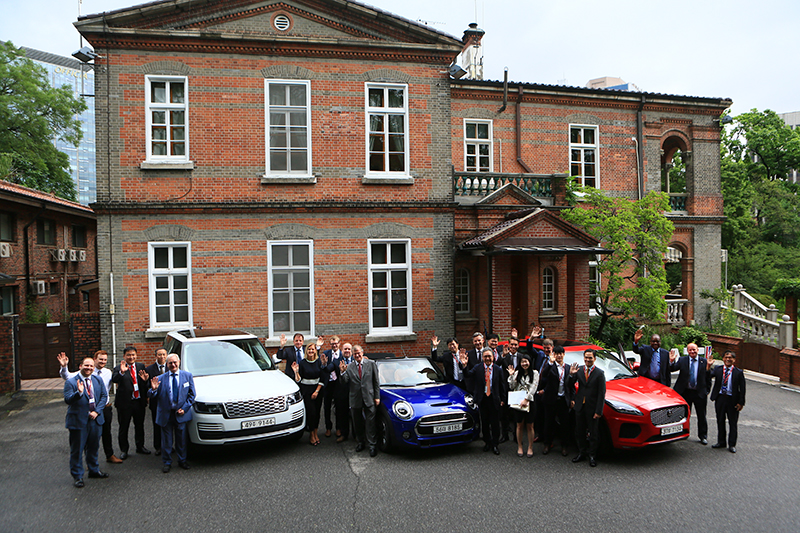 SMMT will also participate in the 4th Industrial Revolution Conference and Green Car Korea Show to demonstrate the capabilities of UK Automotive, including its highly productive workforce, collaborative government, favourable legislative environment and strong new car market, the largest in the EU for plug-in cars.