The UK’s used car market finished 2019 almost on par with the previous year, recovering to just a -0.1% drop following two quarters of growth in the second half, according to the latest figures released today by the Society of Motor Manufacturers and Traders (SMMT). 7,935,105 transactions took place in the year, down 9,935 on 2018. 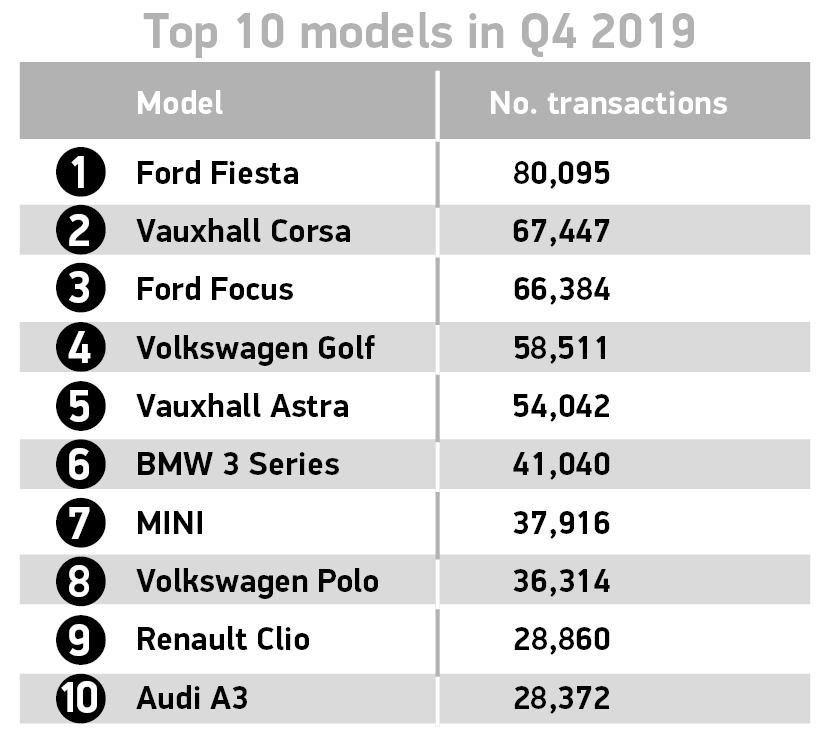 Combined, alternatively fuelled vehicles (hybrid, plug-in hybrid and battery electric) were up emphatically, increasing 23.4% with 135,516 changing hands and accounting for 1.7% of all sales. Meanwhile, transactions of the latest, cleanest Euro 6 models, available since 2015, were up 32.5% as more of them reached the used market, helping to address air quality concerns. 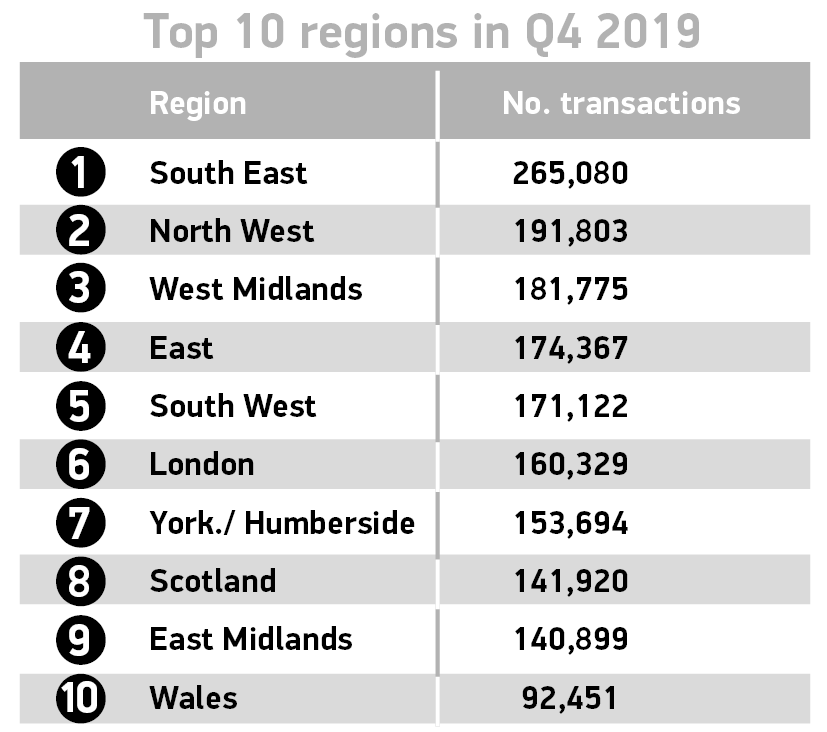 Reflecting trends in the new car market, superminis remained the most popular used buy, maintaining their 2018 performance and taking a 32.8% market share. The lower medium and upper medium segments were the next most popular, taking 27.0% and 11.8% of sales respectively, but down -0.8% and -5.8%. The fourth largest, dual purpose, was the only one to post growth in the full year, up 11.1%, to take 12.1% market share.

Black was the most popular option for used cars in 2019, up 1.4% to 1.6 million sales, followed by silver and blue. Grey could only manage fourth place with 1.1 million sales, but with it being the top colour in the new car market in 2019 its popularity is expected to rise in the future. Pink was the fastest growing colour in 2019, up 14.2%, albeit with only 5,098 sales. 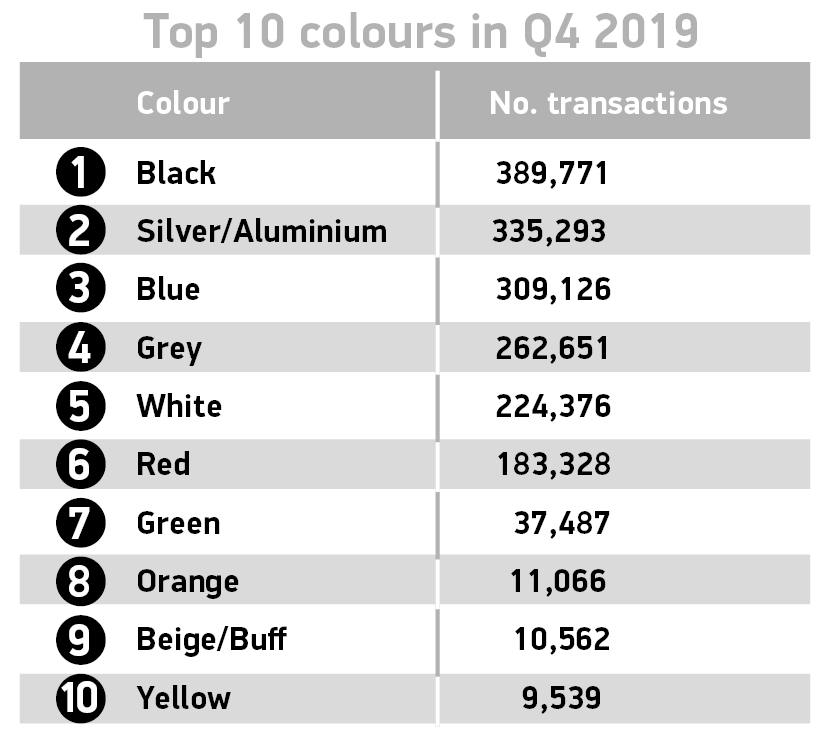 The latest industry data indicates that used car prices remained firm in 2019, with the average up 0.6% to £12,800.1 2019 finished with two quarters of growth following a nine-quarter downward streak. November and December showed their strongest performances since 2016. Despite three straight years of decline in the used market, 2019 is still the fourth highest year on record.2

It is encouraging to see used car sales return to growth in the latter part of 2019 after a prolonged period of decline, and we need to see a similar rebound in new car sales if we are to meet environmental targets. A buoyant used car market is necessary to maintain strong residual values and, clearly, it is now outperforming the new car market.

This does, however, suggest that weak consumer confidence and ongoing uncertainty over possible future restrictions on different vehicle technologies are causing some car buyers to hold off buying new models. This is delaying the fleet renewal we need now if we are to deliver immediate and continuous improvement in air quality and climate change. 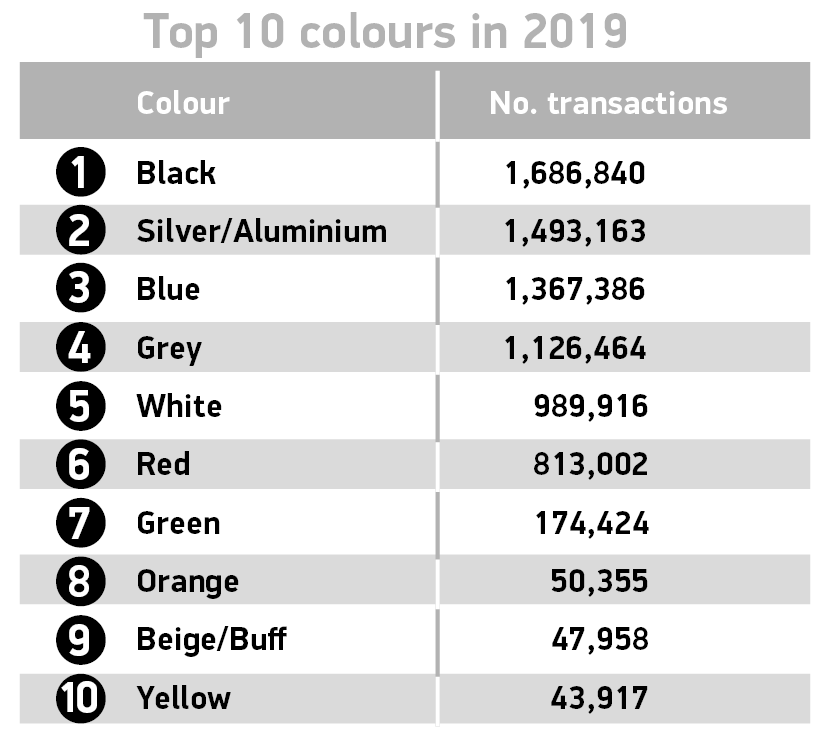 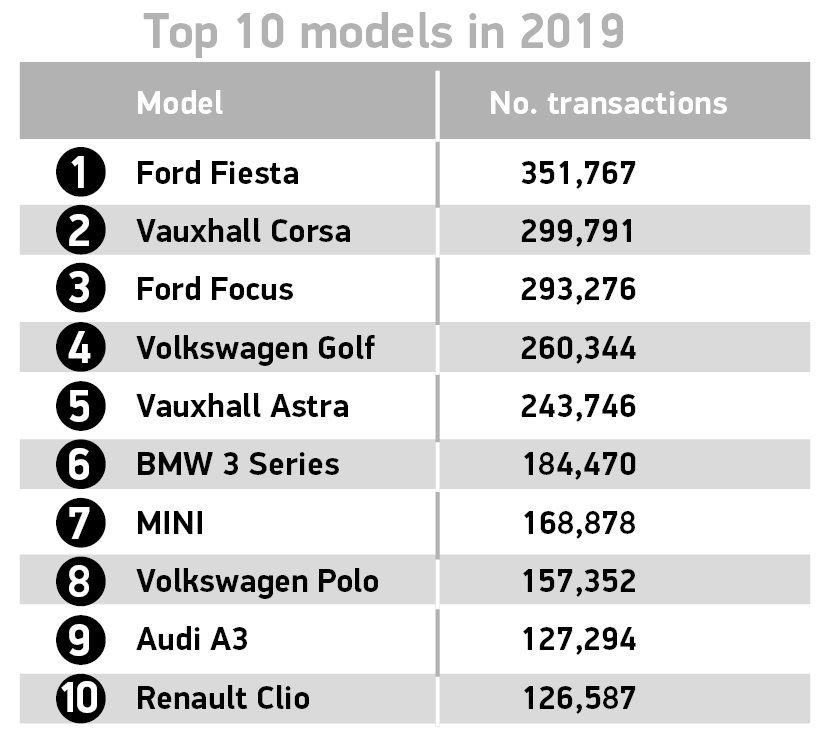 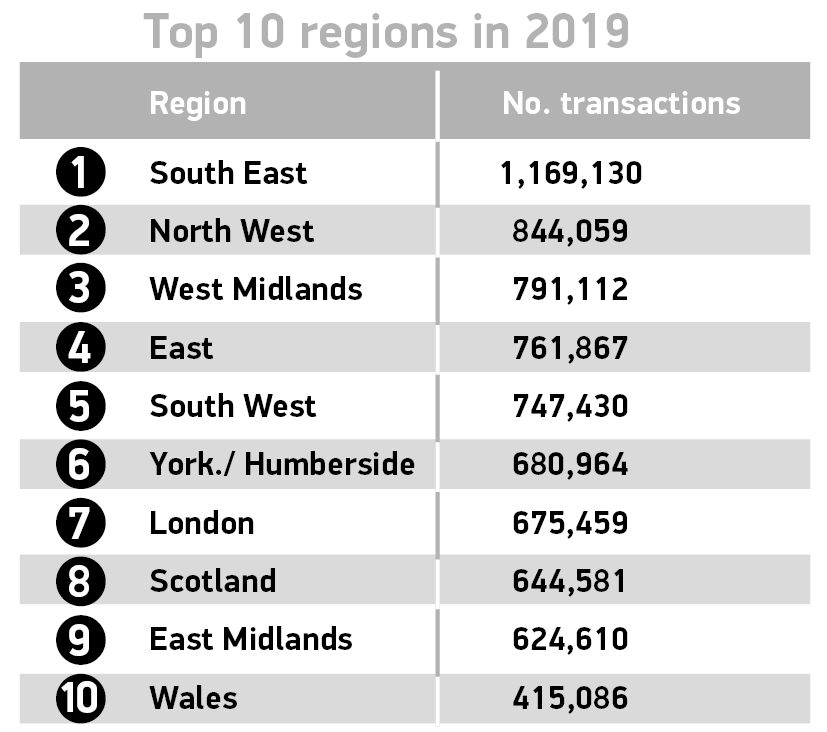