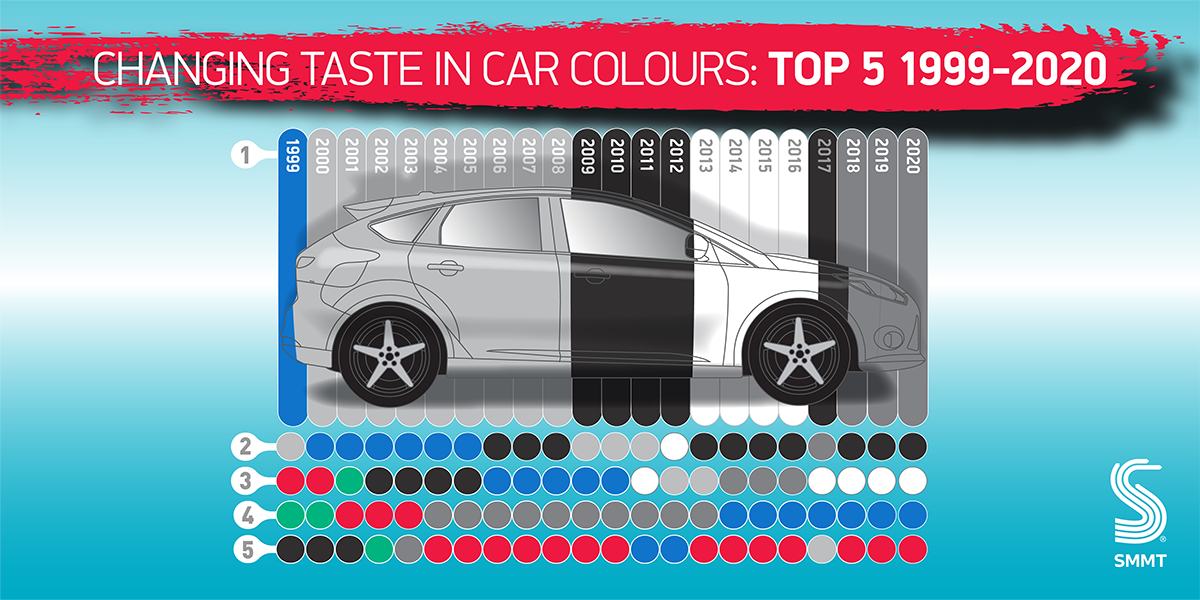 Grey retained its position as the UK’s favourite new car colour in 2020, according to the latest figures released today by the Society of Motor Manufacturers and Traders (SMMT). While it was a tough year for new car registrations overall, 397,197 grey units were sold over the course of 2020, which means that just shy of a quarter (24.3%) of all new cars sold were painted in the shade.

Black and white took second and third place overall, completing a monochrome podium, with more than six in ten (61.6%) of all new cars entering British roads in 2020 painted in these three colours. The rest of the top 10 remained unchanged, apart from yellow and bronze which reversed places as yellow increased its market share by 50% but equivalent to only 6,816 sales. Red saw its registrations drop below 200,000 for the first time in a decade to 147,222, recording its worst tally since 1997. 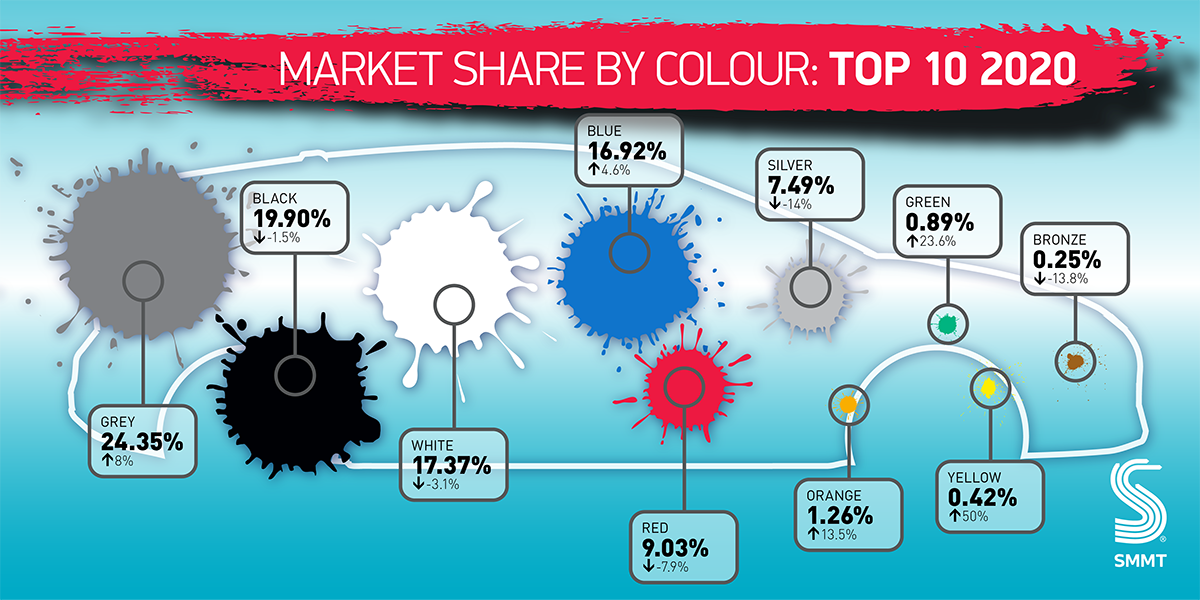 While the top colour for both petrol and diesel cars was grey, with 248,182 and 84,489 registered in the colours respectively, white was the most in-demand tint for zero emission battery electric vehicles (BEVs) with 25,689 painted in it whilst black was the most popular shade for plug-in hybrids (PHEVs) with 17,989 registered. It was a record year for these electrified vehicles, which together accounted for more than one in 10 registrations – up from around one in 30 in 2019.

Unlike 2019, which saw Scotland and the Channel Islands bucking the national trend, in 2020 grey was the unanimous colour of choice across the UK. Indeed, the only counties to not opt for grey cars as their number one choice were the Isle of White and Borders, where blue was the most popular tint, and Strathclyde which saw white take the top spot. Leicestershire, meanwhile, was the most popular location for pink cars, with 23.7% of the UK’s total registered in the region, while buyers in the West Midlands snapped up the most orange cars. 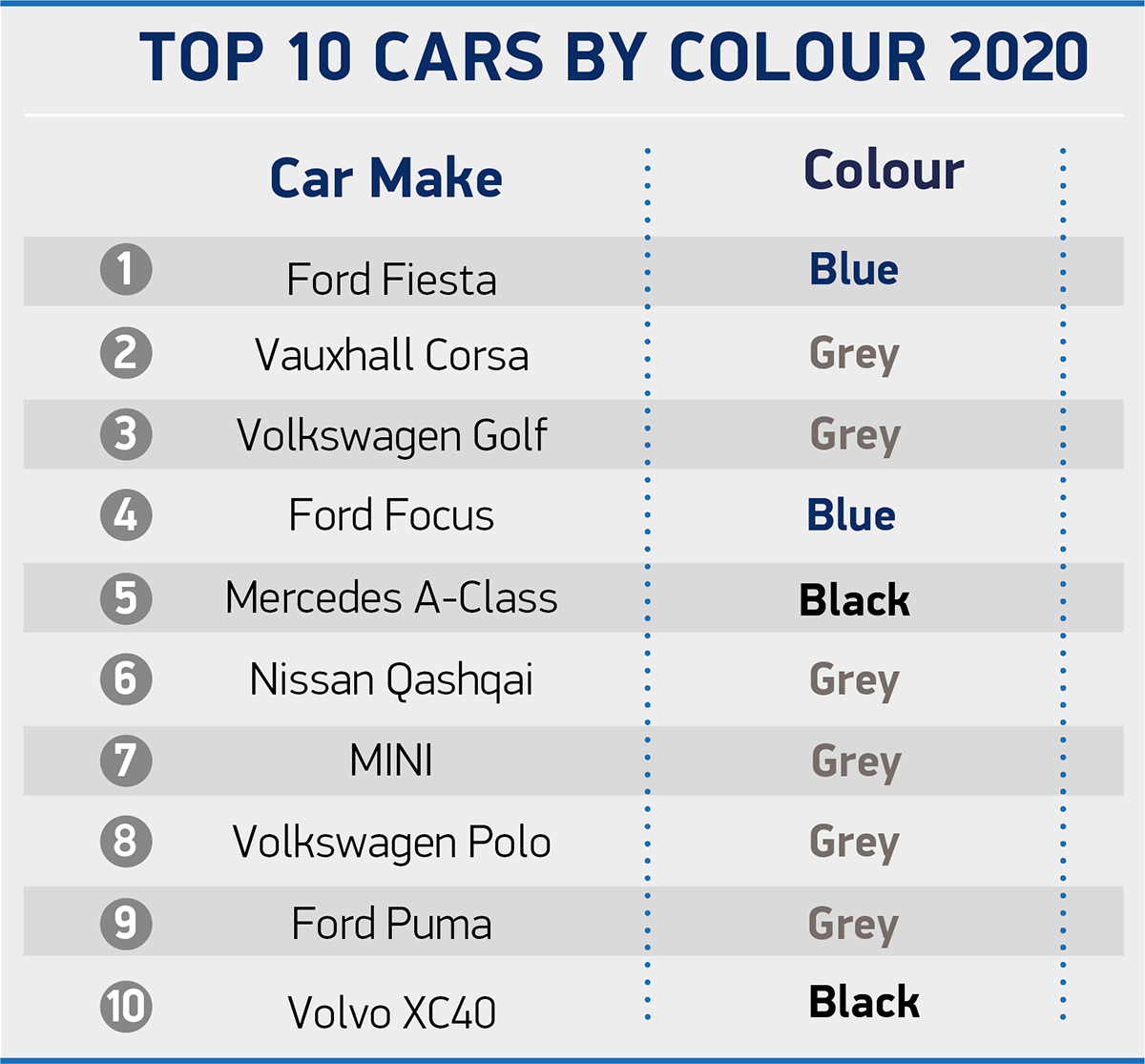 While white was the most popular shade for the mini segment, luxury saloons and executive cars were most likely to be black. Overall, there were 106 different distinct colours registered throughout the year with the least popular colour nationwide being maroon.

2020 was a pretty dark year for the automotive industry and having grey as the top new car colour probably reflects the atmosphere. The sector, however, continues to provide valuable mobility, from vans delivering essential goods to private cars helping key workers do their jobs, and click and collect offers a lifeline for the industry, helping to keep manufacturing going. It cannot, however, replace the showroom experience and the sector has taken great steps to ensure dealers are Covid-secure with the flexibility to manage customer appointments so car buyers can choose a new car and colour in a safe environment. 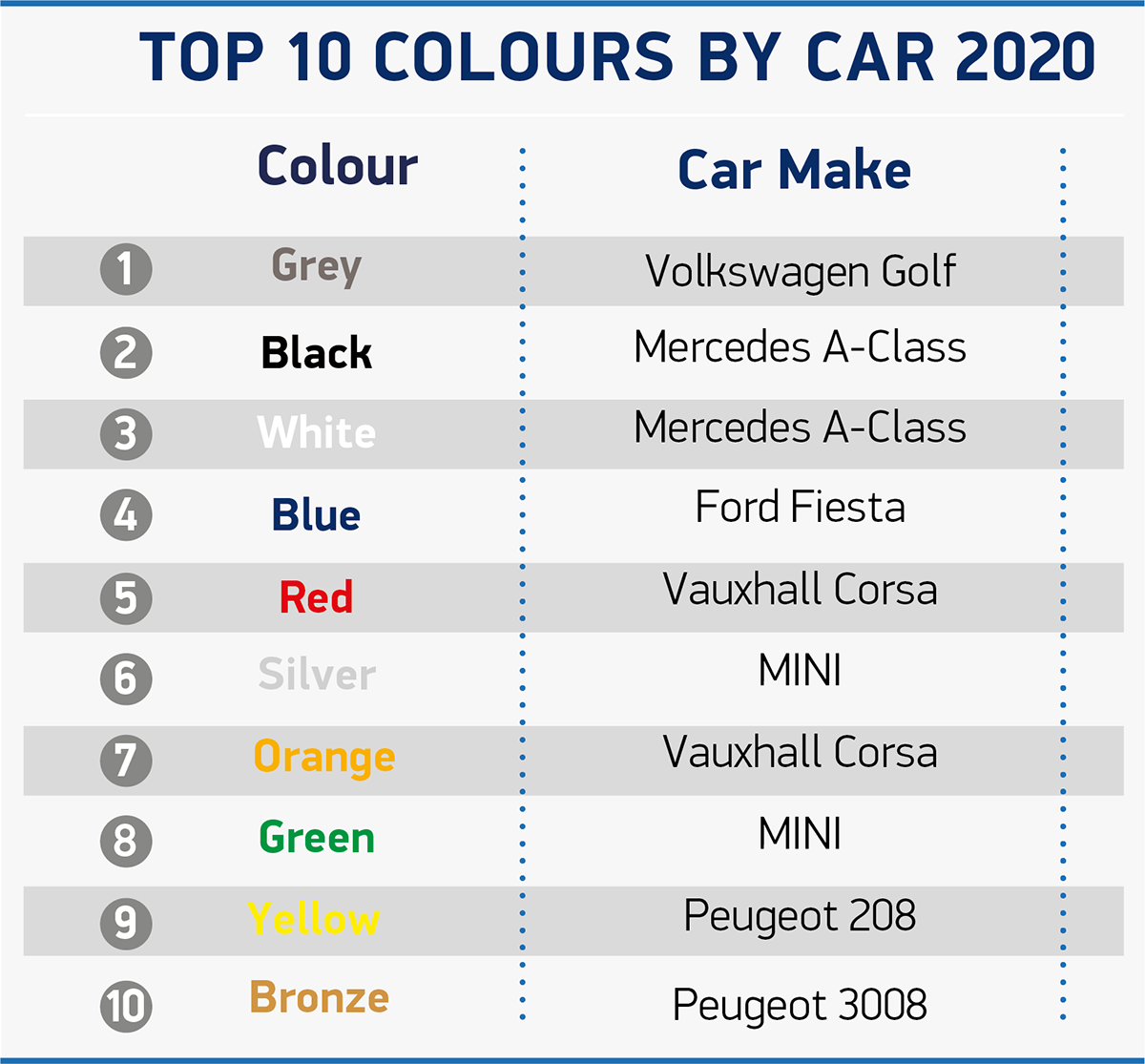