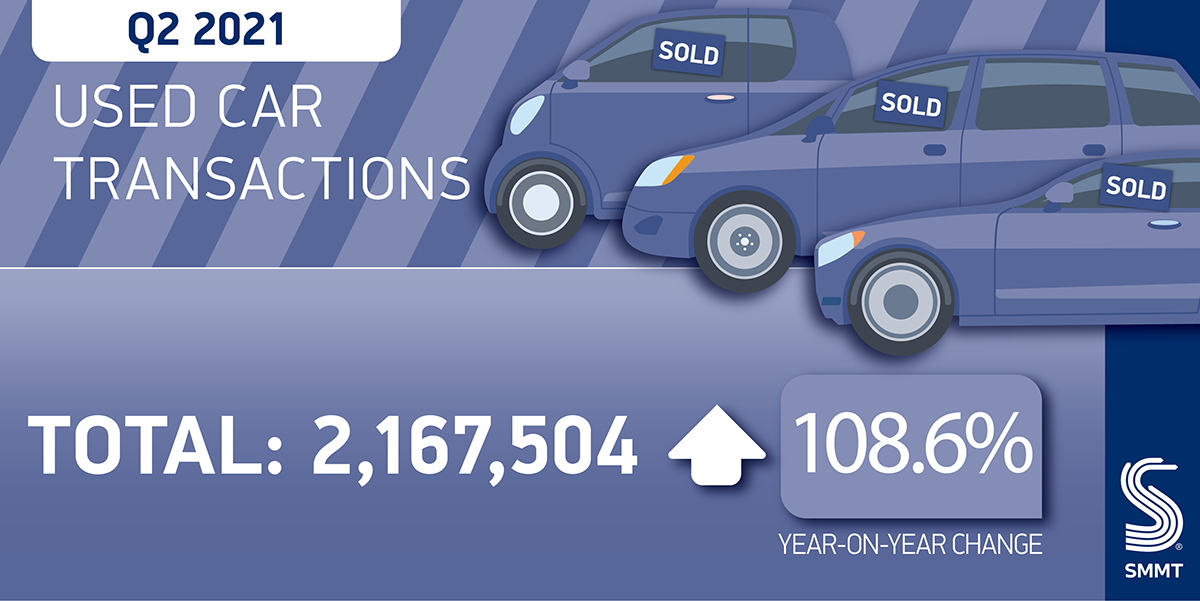 The UK’s used car market grew 108.6% in the second quarter of 2021 according to the latest figures released today by the Society of Motor Manufacturers and Traders (SMMT). 2,167,504 vehicles changed hands, up 6.6% on 2019 pre-pandemic levels, the best Q2 performance and almost the best quarter ever for the used car market.2 The increase tracks the country’s gradual emergence from lockdown, as businesses reopened, demand for personal mobility increased and stock shortages in the new car market forced some consumers to turn to used models. 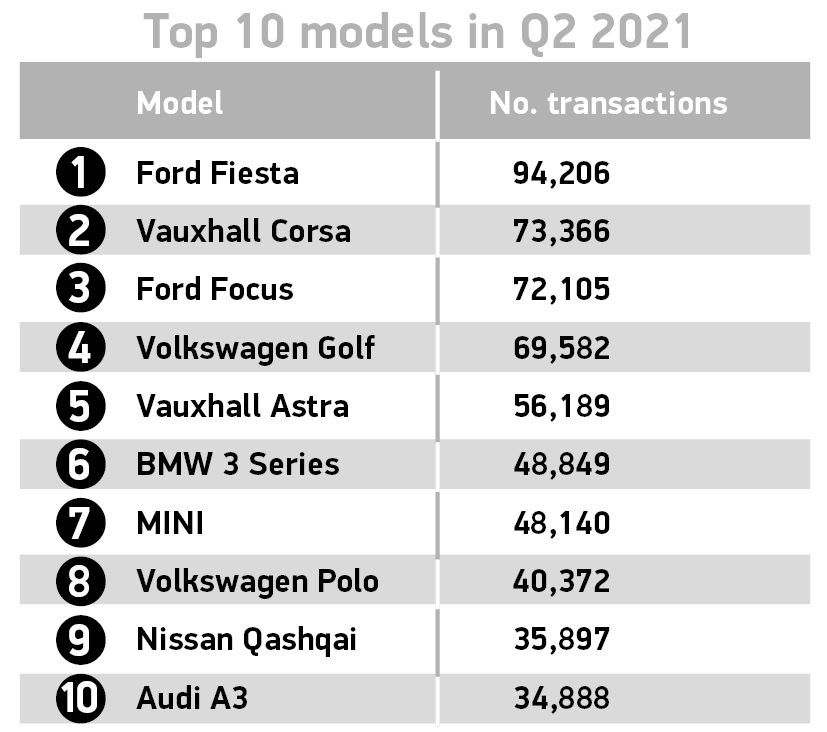 Demand for used battery electric (BEV) and plug-in hybrid (PHEV) vehicles continued to grow in Q2. Buyers were keen to get their hands on the latest, green technology, helped by increased supply flowing through from higher new car sales and wider product choice, with the market share for plug-in vehicles increasing to 1.3% of the used car market in the quarter. Both BEV and PHEV transactions more than tripled in Q2 (353.9% and 349.8% respectively) to 10,903 and 16,202.

Nevertheless, at 1.3% of market share, the plug-in used car market is not yet seeing the acceleration of uptake as has been seen in the new car market with the number of used plug-ins changing hands in Q2 2021 comparable with the number of new plug-ins bought in Q3 2015.3 The scale of the challenge to transition the entire used car parc away from traditional fuels remains significant. 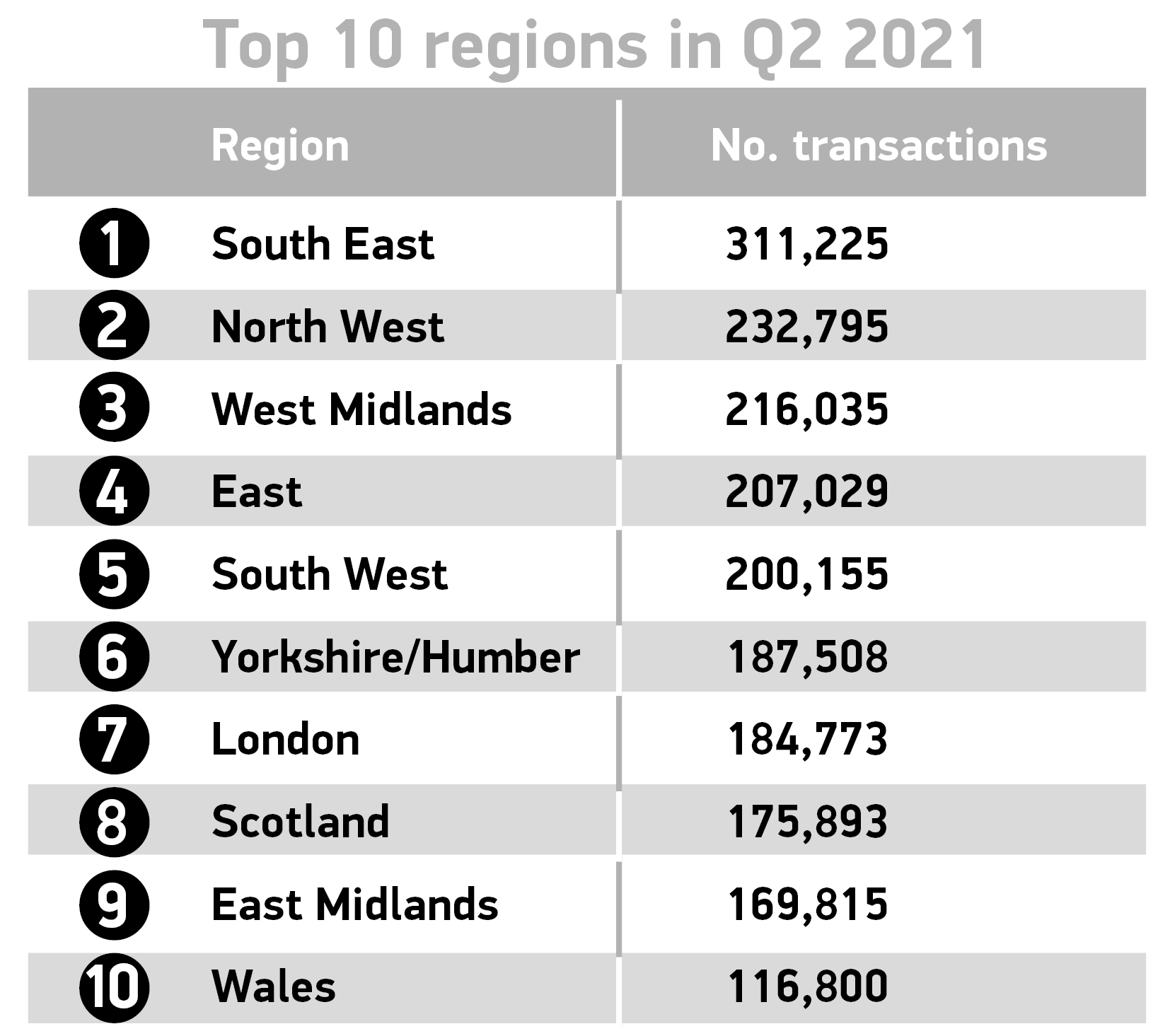 Petrol and diesel powertrains, meanwhile, made up 96.4% of the quarter’s used car market at 2,090,396 units. In addition, increased demand overall has led to an increase in sales of older used cars with only 12.7% of all vehicles sold being three years or under, the lowest on record.

All segments saw growth, with dual purpose seeing the biggest increase in Q2, up 147.7%, pushing their market share to 13.5%, still behind superminis (31.9% share) and lower medium (27.0%) segment volumes. Black was the number one colour choice, with over 461,000 transactions, followed by silver/aluminium and blue, with the top three accounting for more than half of all sales (54.8%). 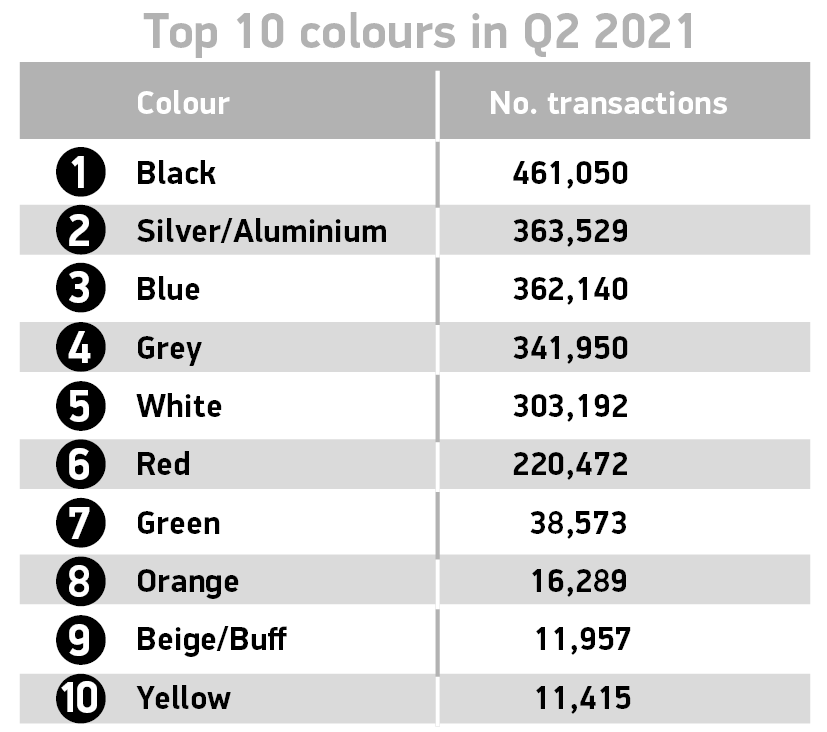 This is welcome news for the used car market as transactions rebounded following nationwide lockdowns which closed retailers. More motorists are turning to used cars as supply shortages continue to affect the new car market, and the increased need for personal mobility with people remaining wary of public transport as they return to work. A buoyant used car market is necessary to maintain strong residual values which, in turn, supports new car transactions. We now need to see a similar rebound in new car sales to accelerate the fleet renewal necessary to deliver immediate and continuous improvements in air quality and carbon emissions.