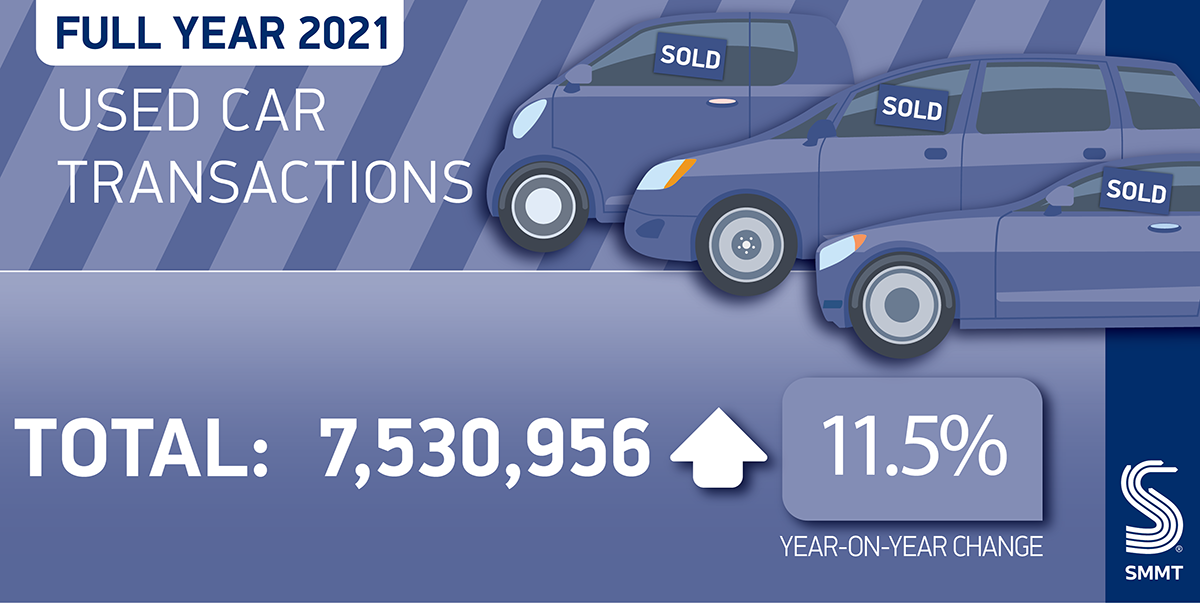 The UK’s used car market grew by 11.5% to 7,530,956 transactions in 2021, according to the latest figures released by the Society of Motor Manufacturers and Traders (SMMT). 777,997 more cars changed hands than in 2020, a year which was even more badly affected by Covid lockdowns and unsettled consumer and business confidence. Despite this growth, the 2021 performance was still -5.5% below the pre-pandemic five-year average.1

Quarter four rounded off a volatile year for the market, with transactions falling by -3.1% to just over 1.6 million, as semiconductor shortages impacting new car sales in the second half of the year squeezed supply of stock into the used market. The second quarter was, in fact, the best Q2 on record and, with 2.1 million transactions, the busiest period of the year as the UK emerged from renewed lockdowns. May was the highpoint with 769,782 cars finding new keepers in the month, while December performance fell by -10.2% as Omicron cases rose and restrictions increased. 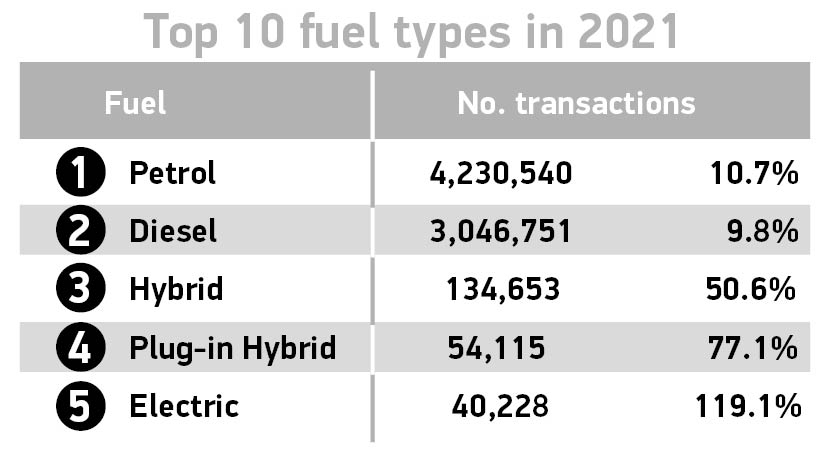 Annual demand for battery electric (BEV) and plug-in hybrid electric (PHEVs) vehicles hit record levels, growing by 119.2% and 75.6% to 40,228 and 56,861 transactions respectively. Hybrid electric vehicle (HEV) transactions also rose by 50.3% to 137,639, a new high. Growth was driven by an increasing number of ultra-low and zero-emission models filtering through to second owners and, combined, these vehicles represented 3.1% of the market. 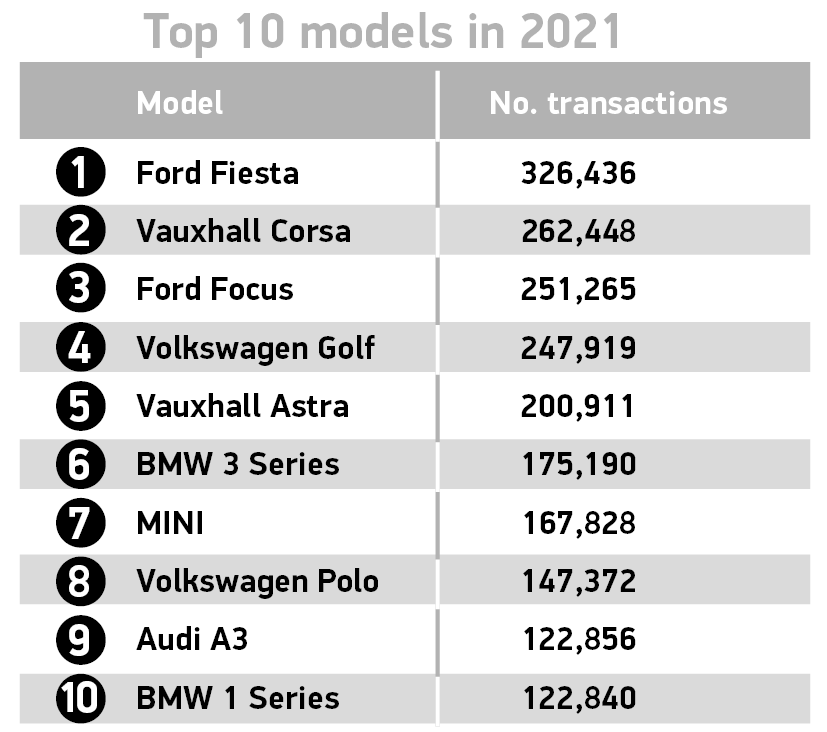 Used petrol and diesel powertrain transactions, meanwhile, increased by 10.7% and 9.8% respectively, with a combined 7,277,291 units changing hands. It meant that even with record demand for alternatively fuelled vehicles, 96.6% of all used car sales were still either petrol or diesel models, evidence of how far the market must go to meet zero emission ambitions.

It’s good to see the used car market return to growth, even if activity is still below where we were pre-pandemic. With the global shortage of semiconductors set to ease later this year, releasing the squeeze on new car supply, we expect more of the latest, cleanest and zero emission models to become available for second owners. The demand for personal mobility has undoubtedly increased during the pandemic, so it’s vital we have healthy new car sales to drive fleet renewal and the used car market if we are to improve air quality and address climate change. 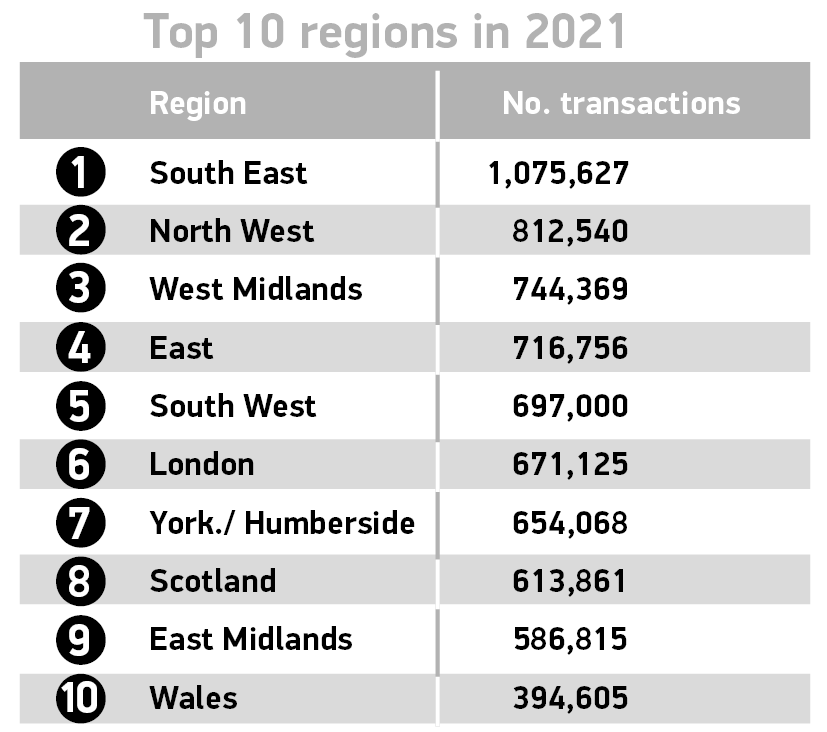 In terms of segment performance, superminis remained the most popular body type during 2021, taking a third of the market (32.7%), followed closely by lower medium (26.4%) and dual purpose (13.2%), with all segments seeing transactions increase. Demand for dual purpose cars rose most significantly, up 18.3% with almost a million changing hands. 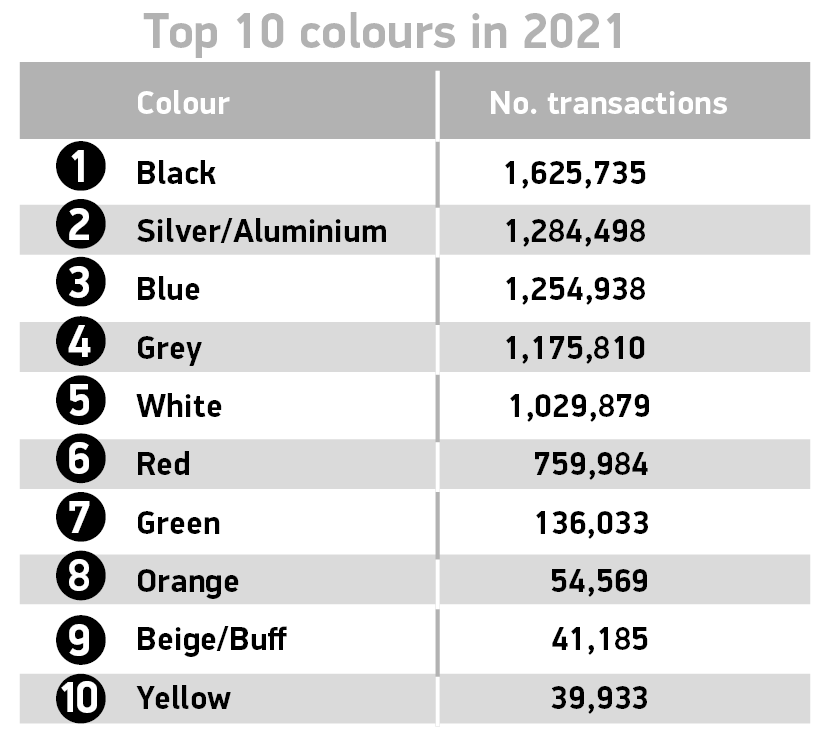 Breaking the trend of the new car market, where grey reigns as the best-selling colour, black was most popular among used buyers in 2021 with more than 1.6 million black cars finding new owners. Silver and blue rounded off the top three with 1.28 million and 1.25 million transactions respectively.2 At the other end of spectrum, nearly 40,000 yellow used cars changed hands, 20,230 people chose a bronze car and pink trailed in last place, representing nearly 5,000 transactions. 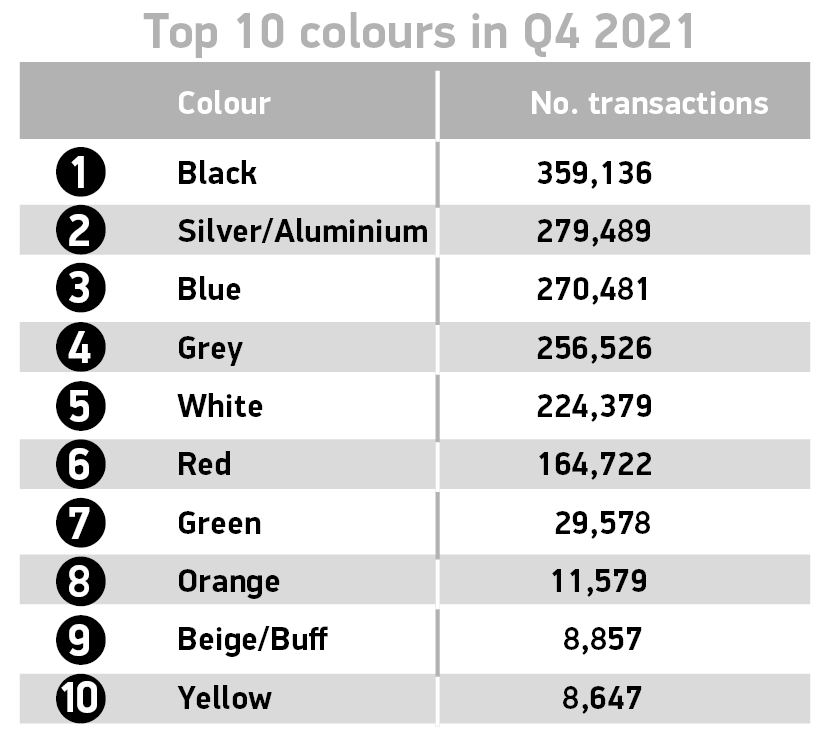 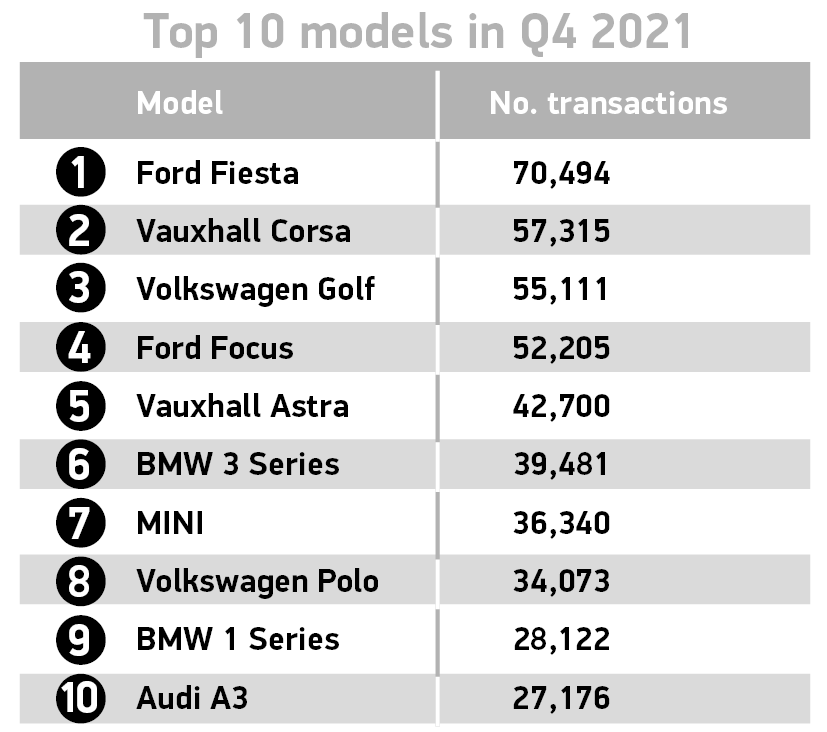 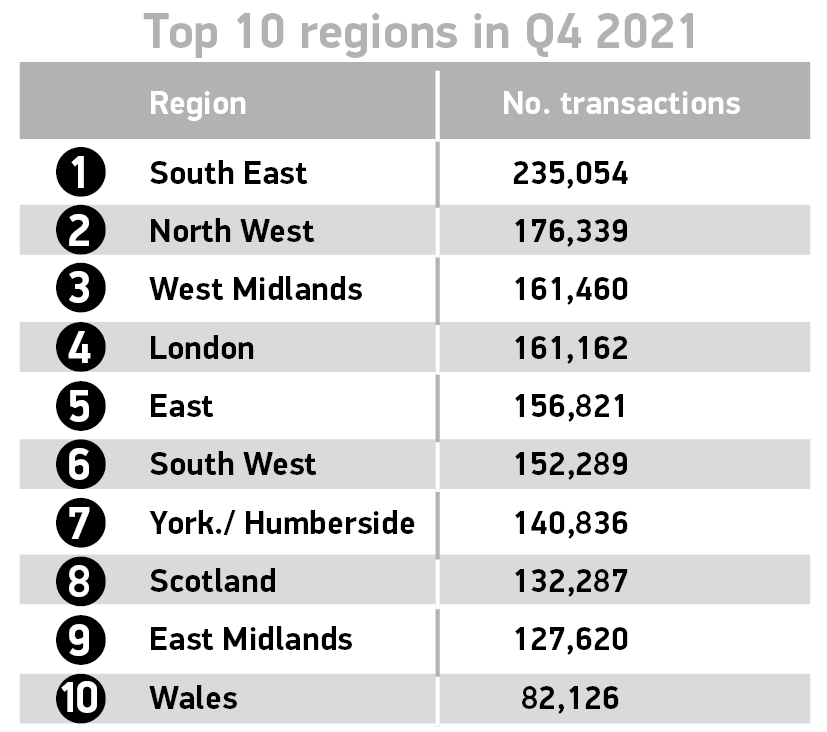