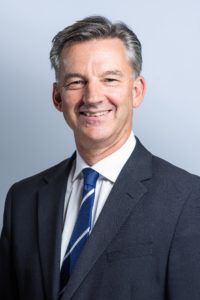 Mike Hawes has been SMMT Chief Executive since 2013, helping promote the industry at home and abroad and representing the trade association’s diverse membership in discussions between the industry, government, stakeholders and media.

Since starting his career in the road transport research sector in 1990, Mike has amassed more than three decades of experience in communications and public affairs, the majority of which been in the motor industry.

Mike joined SMMT from Bentley Motors, where he held Director positions with responsibility for Global Communications, Government Affairs and CSR.

Prior to that, he held senior government and corporate affairs positions at Toyota both in the U.K. and Europe where he developed the experience and knowledge needed to promote the interests of the UK’s world renown automotive industry.