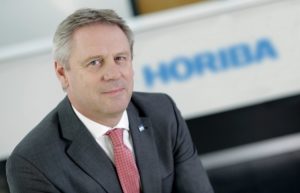 Dr George Gillespie has some 25 years’ international experience in the automotive and marine sectors, having previously held senior roles with Ricardo plc and Schenck AG.

He joined MIRA in 2009 as CEO, growing the business internationally and leading its sale in 2015 to HORIBA Japan.

HORIBA MIRA is one of the leading global providers of engineering, research, development and testing services to the automotive industry.

In addition to his work as head of the company’s Automotive Test Systems division, Dr Gillespie is Chair of the Intelligent Connected Vehicles Group within the Automotive Council, where he leads activities relating to intelligent and connected vehicles.

He has a PhD from Queen’s University, Belfast, for research into low emission engines and is a Fellow of the Institute of Mechanical Engineers. 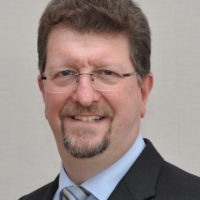 Tony has worked in the car industry for over 40 years, starting his career with Ford Motor Company and joining Toyota Manufacturing UK in 1990, as one of the first employees. From 2001 he worked at Toyota Motor Europe where he was Human Resources Vice President and later Production Planning & Project Director.

Tony served as President of the Society of Motor Manufacturers and Traders from January 2017, becoming Deputy President on George Gillespie’s appointment in January 2019.

There are three SMMT Vice Presidents: