Rising new car registrations and longer lasting cars combined to push up the UK car parc by more than 436,000 units, according to a new study by The Society of Motor Manufacturers and Traders (SMMT). The SMMT’s ‘Motorparc’ study is the UK’s biggest automotive census and is compiled annually covering 31,917,885 cars on UK roads.

The 1.4% rise in the 2013 parc marked the fastest rate of growth for 10 years. This saw the number of older cars rise at a pace as ever increasing reliability and economic factors combined. Cars older than 12 years rose 11.3% against 2012 with 2.06 million more cars recorded in the latest census. Compared with a decade ago, the average age of a car increased by a full year (to 7.7 years old), as the trend grew longer for cars remaining on the road. 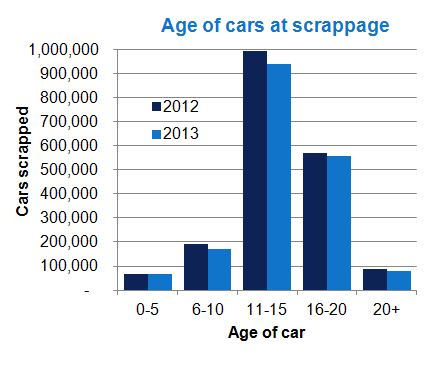 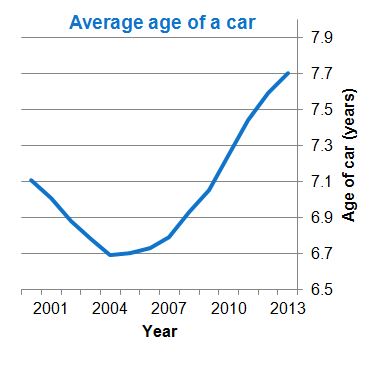 Almost a fifth of models on UK roads were built here, with only Germany boasting a higher market share. Spain, France and Japan make up the top five, which collectively accounts for more than three quarters of the 31.9 million cars on UK driveways.

Drilling into the detail, Corby, Worcester and Aberdeenshire out-performed the rest of the country for parc increases, being among the top growers over the past decade and increasing their vehicle volumes by 20% on average. At the other end of the spectrum, Liverpool, Blackpool, Swansea and Brighton collectively shed 20,000 models since 2004, an average drop of 4.5%.

There are more than 1,453 different models on UK roads, but Ford Focus takes the top spot for popularity, boasting almost 1.5 million owners. The smaller Ford Fiesta secures second place, setting the scene for much of the UK top 10, which features the family car and supermini offerings from Renault, Vauxhall and Volkswagen – highlighting demand from motorists for affordable, fuel-efficient, well-equipped vehicles. 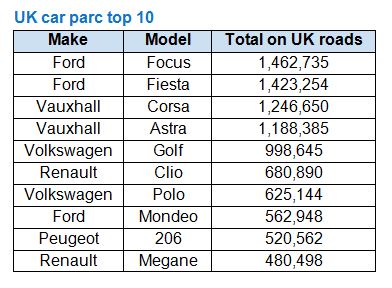 The motor parc changes colour slowly due to the numbers of vehicles involved, but the top five colours nationwide reveal a trend to a monochrome palette. In the past year, the parc has lost blue (-2.7%) and red (-0.5%) models in favour of black (+4.8%) and grey (+5.6%). 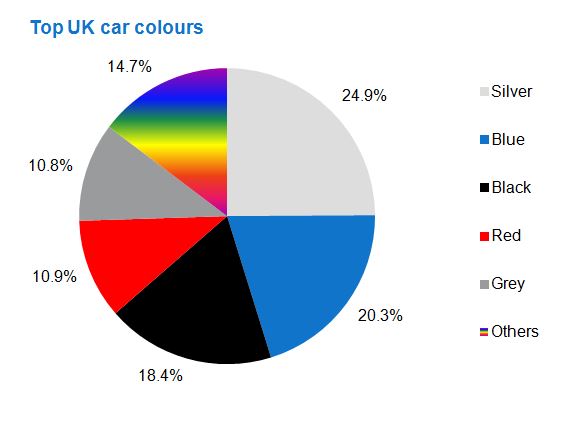 Lower CO2 (carbon dioxide) emissions mean better fuel economy figures, a fact that seems to interest motorists nationwide. Thanks to innovative new engines and the introduction of hybrid and electric cars, the UK car parc has cut CO2 by 7.3% in the past five years (to average 160g/km CO2). Scotland has made the biggest improvement since 2009 (dropping emissions by 8.8% on average), but the greenest regions are Northern Ireland and the North East, which share a parc average CO2 value of just 156g/km. The country-wide improvements have been led by the latest models that have cut emissions 14% in the past five years to average just 128.3g/km CO2. 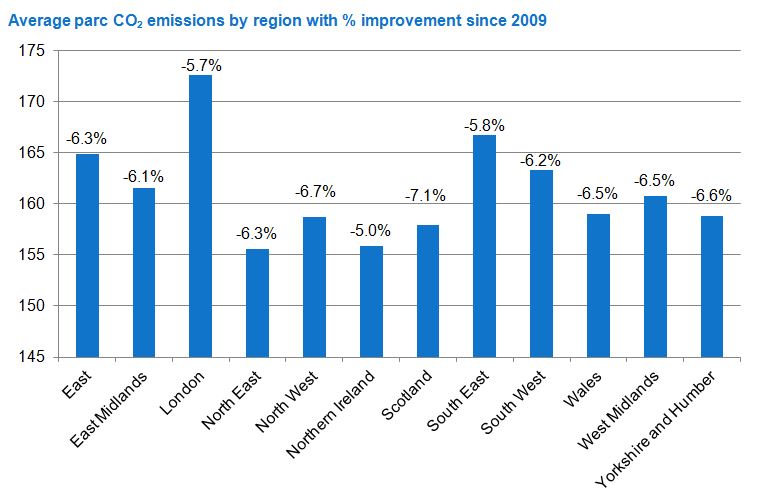