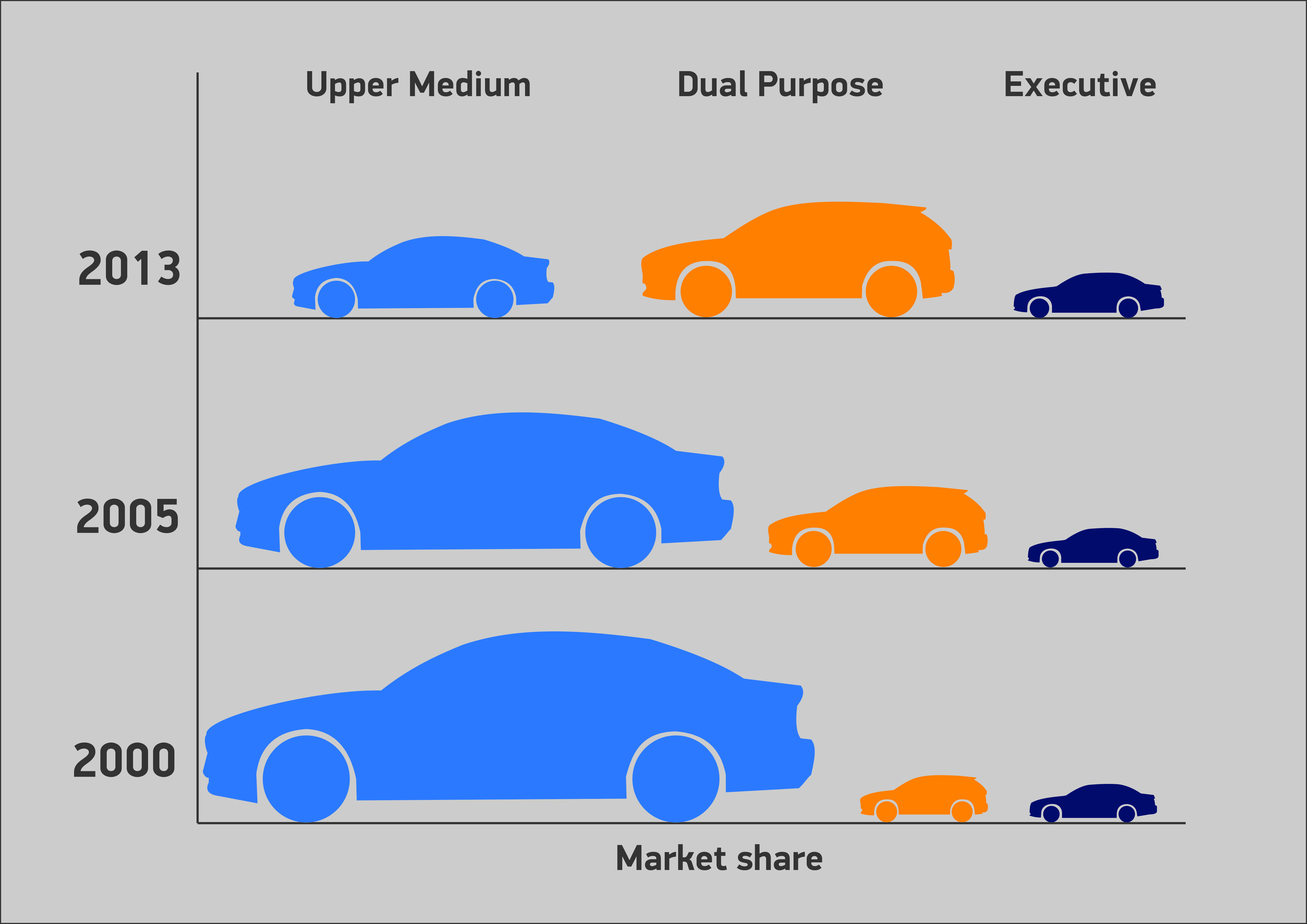 Dual Purpose vehicles, more commonly known as SUVs or crossovers, are becoming ever-more popular with UK motorists. Nearly 250,000 Dual Purpose cars were registered in 2013, making it the third most popular segment in the UK.

Looking back to the turn of the 21st century, however, the Dual Purpose segment was one of the smaller markets. Fewer than 100,000 SUVs were registered in 2000, accounting for just 4.5% of new car registrations.

There were just 38 SUV models available in the dual purpose segment in 2000, with only five of those produced by luxury or premium manufacturers. However, manufacturers that were more commonly associated with producing executive saloons were starting to see the potential of the dual purpose segment. Packaging an executive car’s levels of refinement and equipment into an SUV bodystyle enabled traditional executive saloon buyers to enjoy added versatility and a higher driving position.

In 2001, premium and luxury manufacturers occupied four spaces in the top ten Dual Purpose vehicles registered. In the same year, Dual Purpose overtook the Executive segment in popularity, with a market share of 4.9% compared to 4.5%.

Inspired by a new generation of executive SUVs, motorists demanded Dual Purpose alternatives to suit all budgets. By 2005, there were 45 models available in the segment, accounting for 7.7% of all new car registrations.

Inevitably, the recession led to a slight drop in demand for Dual Purpose vehicles as cash-strapped consumers chose small A- and B-segment Minis and Superminis – in many cases to stretch their scrappage scheme grant as far as possible. 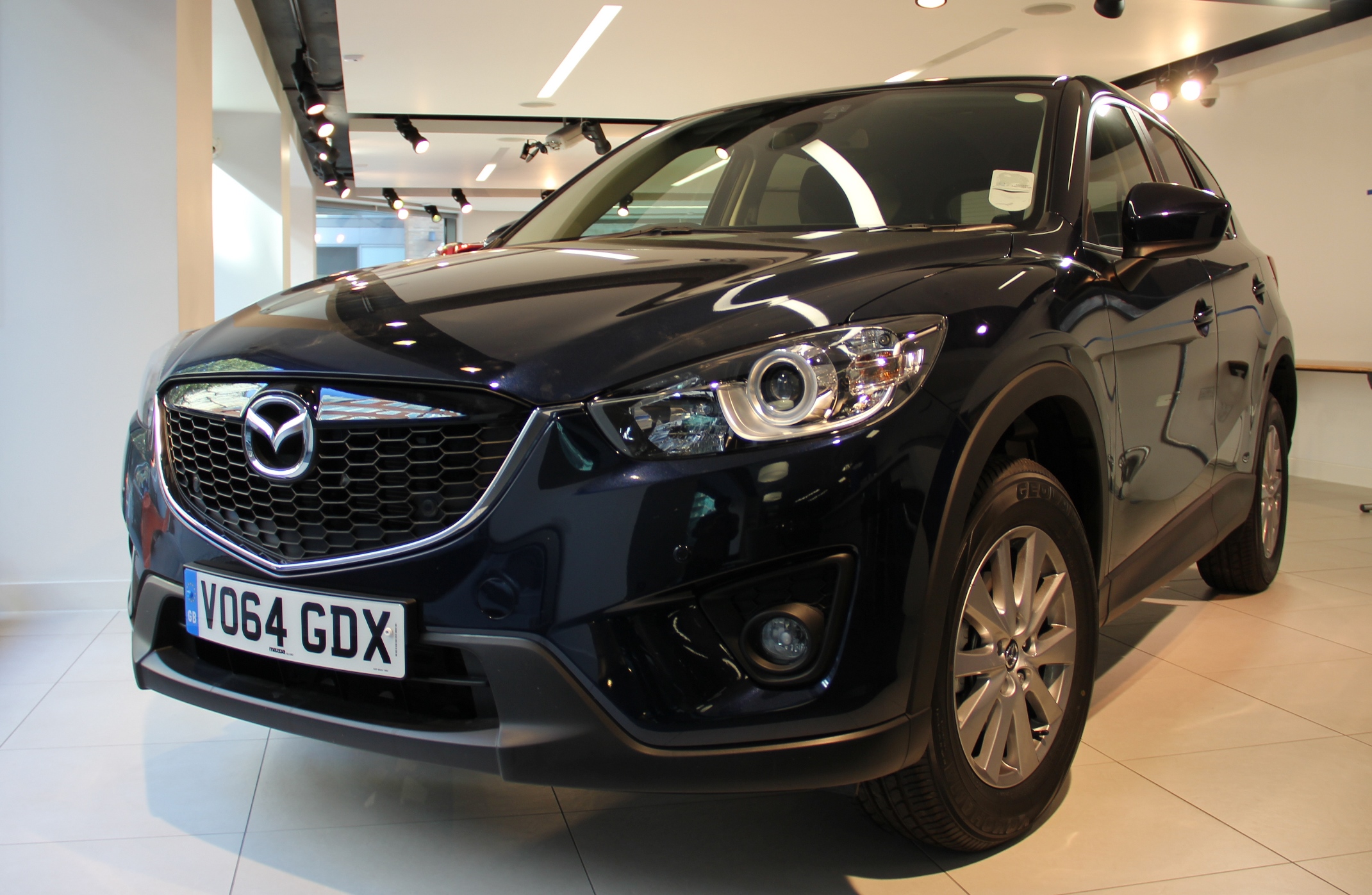 However, since the resurgence of the UK new car market, the Dual Purpose segment has thrived. In 2013, there were 52 models in the segment, ranging from B-, C-and D-segment-sized ‘crossovers’, such as the Mazda CX-5, to luxury SUVs in a range of sizes. There are even performance-focused SUVs such as the Jeep Grand Cherokee SRT. Such variety helped the segment’s market share overtake that of the Upper Medium segment last year, accounting for 11% of new car sales.

Despite their larger dimensions, vehicle manufacturers have also made great advances to ensure that SUVs are as efficient as possible. In 2000, the average new Dual Purpose vehicle emitted 260g/km of CO2. Thanks to intelligent technologies such as Mazda’s Skyactiv, this was reduced to 167g/km in 2013. 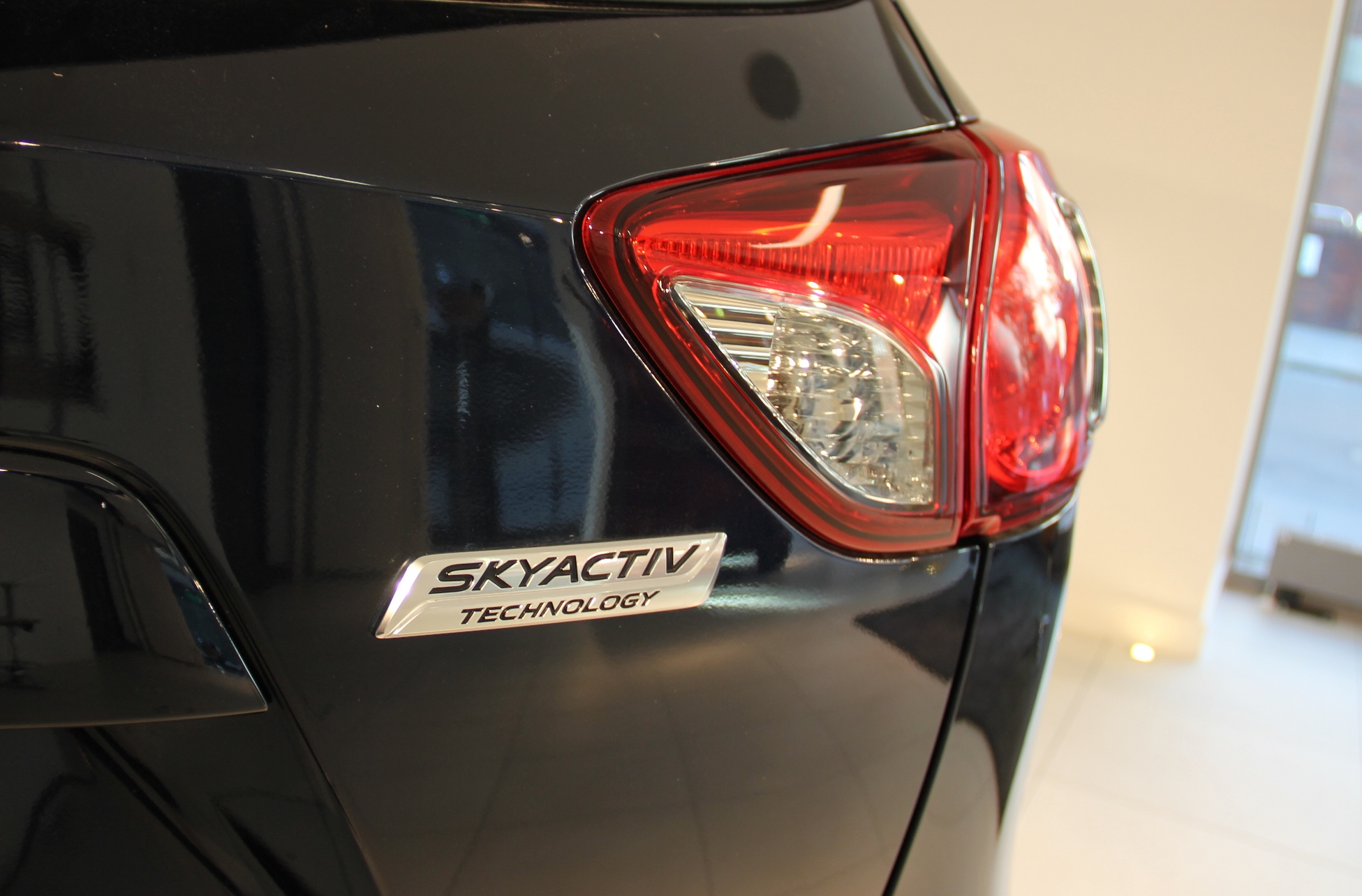 To highlight the success of the dual purpose segment, SMMT is displaying a Jeep Grand Cherokee SRT and Mazda CX-5 at in an exhibition at its Westminster headquarters.