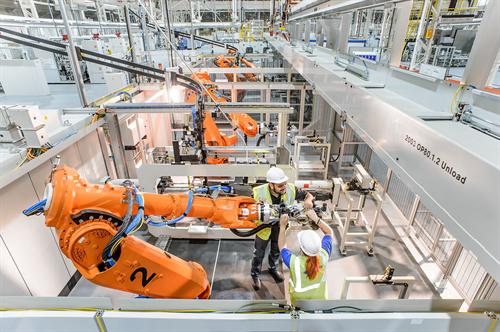 Ford will create 318 new jobs at its Dagenham plant following an additional investment of £190 million to produce its new range of advanced technology diesel engines.

This announcement is the second phase of investment in Ford’s new engine programme, following an initial £287 million announced in September. The two-phase £475 million investment is marked for the production of new low-carbon 2.0 litre engines for commercial vehicles (phase one) and passenger cars (phase two). It includes £28.9 million funding from the Government’s Regional Growth Fund.

Prime Minister David Cameron said, “I welcome Ford’s commitment to Dagenham and the UK, which is a vote of confidence in our long-term economic plan to back business, create more jobs and secure a brighter future for Britain. We are backing our automotive sector so that it continues to thrive and this investment, supported by £8.9 million from Government’s Regional Growth Fund, will create more jobs that mean financial security and economic piece of mind for more hardworking families.”

This all-new range of engines has been designed and developed at Ford Dagenham and at the Ford Dunton Technical Centre in Essex. The first phase engines will come off the production line towards the end of 2015, with production capacity set to be up to 350,000 units per year. The second phase of engine production starts in 2017, adding a capacity of 150,000 units, bringing total production of the new range to up to half a million engines a year.

Stephen Odell, Ford Executive Vice President, Europe, Middle East & Africa, said, “Ford is delighted to announce this next phase of investment at Dagenham. The overall investment of over £475 million, supported by the UK Government, underlines Ford’s commitment to the UK. This all-new, state-of-the-art, low carbon diesel engine has not only been designed and developed here it will be manufactured by Ford in the UK too. And it will be great for UK plc as these engines will be exported to markets around the world.”