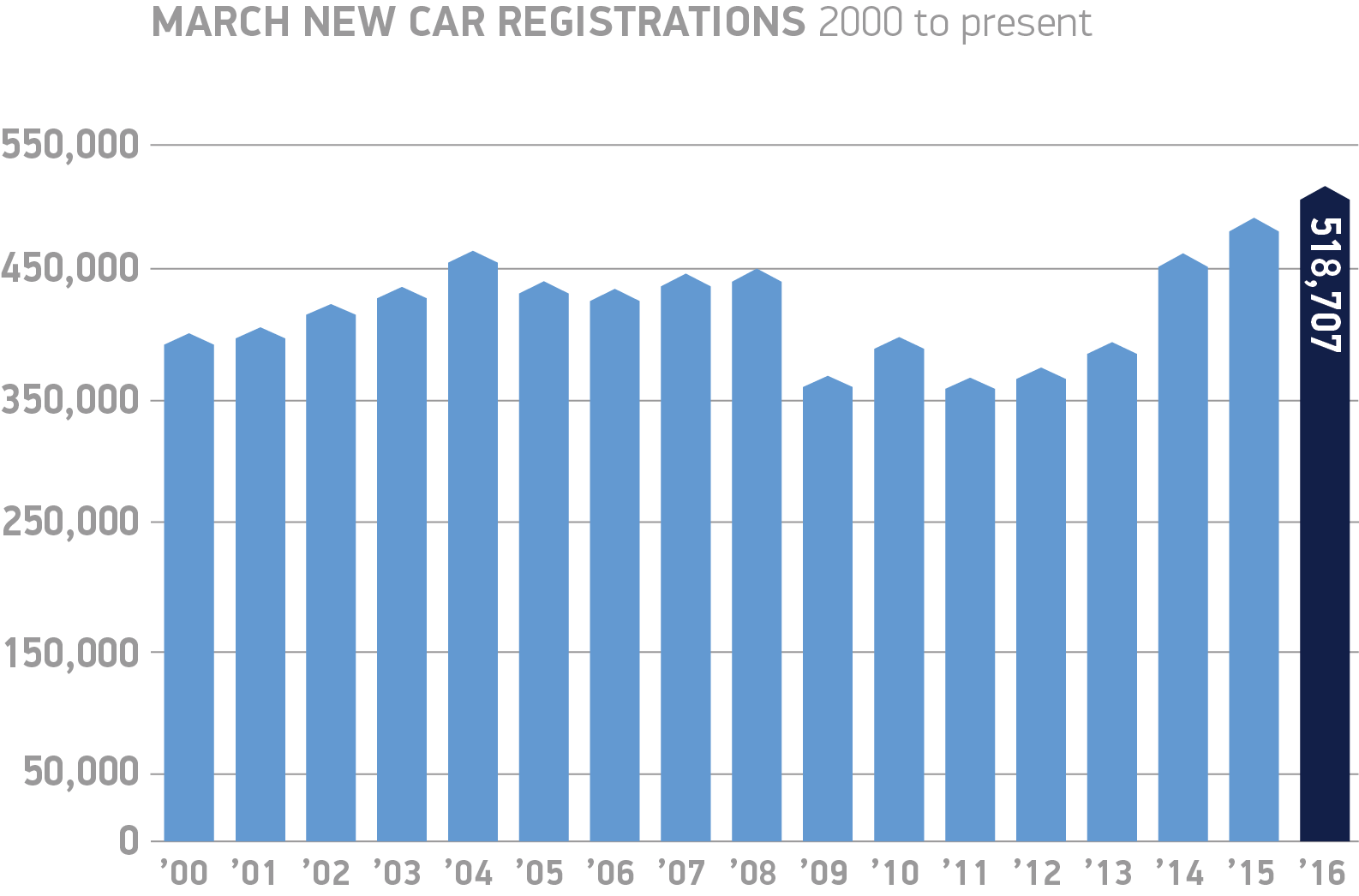 Wednesday 6 April, 2016 The UK’s new car market grew by 5.3% in March, making it the biggest ever month since the bi-annual plate change began in 1999, according to figures published today by the Society of Motor Manufacturers and Traders (SMMT).

Demand for alternative fuel vehicles showed a notable increase of 21.5% in the month, as consumers continued to favour lower emission vehicles with lower running costs. Registrations of both diesel and petrol cars increased, meanwhile, with respective uplifts of 4.8% and 4.7%.

Growth was seen across all sales types in March: private and business registrations increased 3.8% and 15.3% respectively, while in the fleet sector demand grew 6.0%, reversing small declines seen in January and February as buyers sought to maximise residual values by opting for the new March number plate.

Mike Hawes, SMMT Chief Executive, said, “The sector’s strong growth in March rounds off a robust first quarter as British consumers continue to demonstrate their appetite for new cars, especially ultra-low emission vehicles. This consumer confidence should see registrations remain at a high but broadly stable level over the year but could be undermined by political or economic uncertainty.” 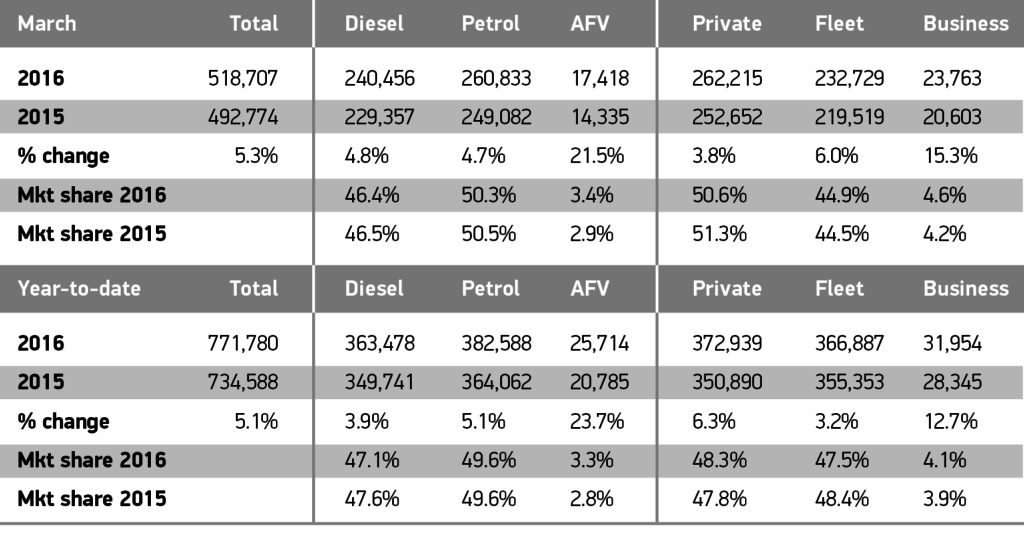 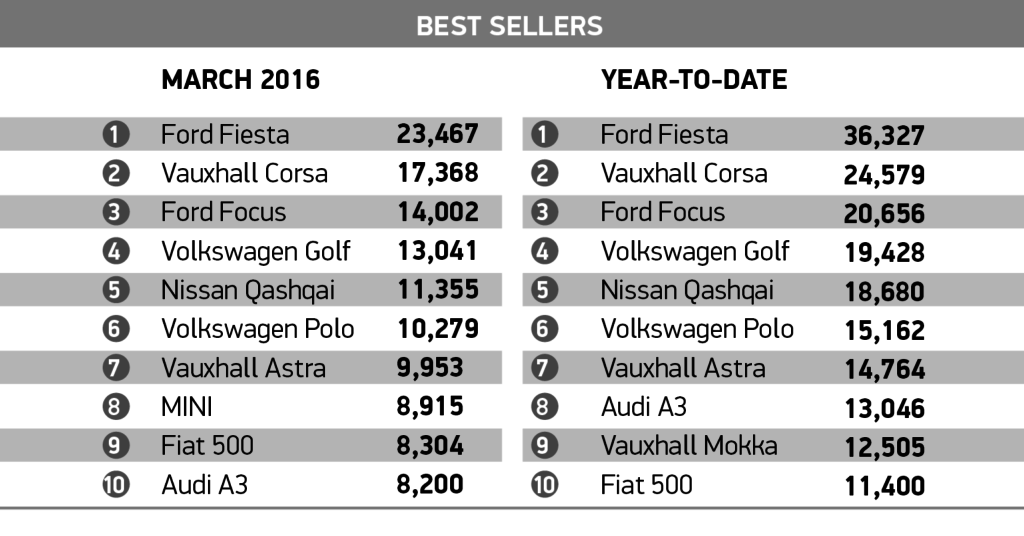