New car demand level in July after positive start to 2016 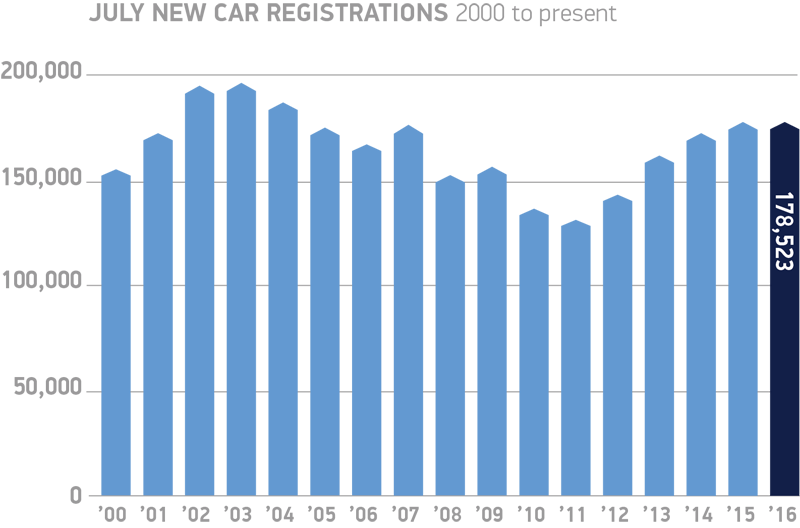 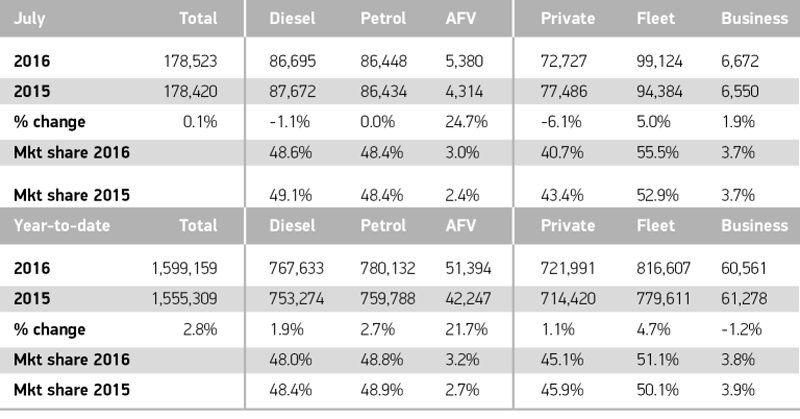 UK new car registrations experienced a moderate increase in July, up 0.1% for the month, according to figures released by SMMT. 1,599,159 new cars have been registered so far this year, putting demand in the year-to-date 2.8% higher than for the same period in 2015 following a strong first quarter.

July followed the trend seen throughout this year whereby lower private registrations were offset by fleet purchases, which increased by 5.0% this month. Demand for alternatively fuelled vehicles remained remarkably strong with 24.7% more registrations compared with the same month in 2015.

Mike Hawes, SMMT Chief Executive, said, “After a healthy start to 2016 and record registrations in 2015 the market is showing signs of cooling. The automotive market is a vital part of the British economy and it’s important government delivers the economic conditions which instil business and consumer confidence. With low interest rates, attractive finance options and exciting new models coming to the showrooms, the market still has lots to offer customers.” 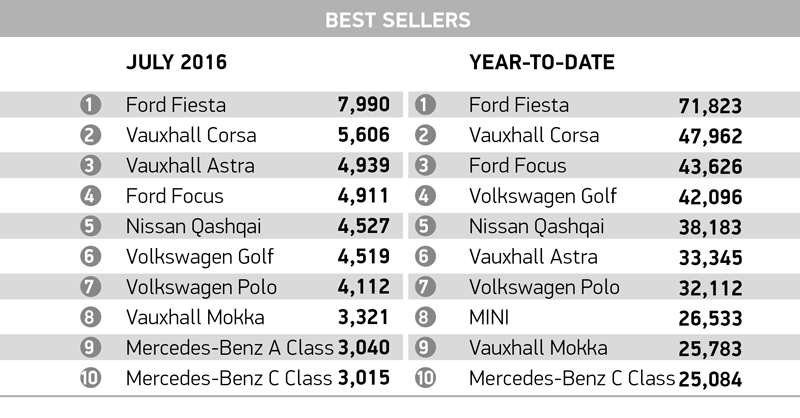