UK car manufacturing dipped -1.0% in October, ending a 14-month run of growth for the industry, according to figures published by the Society of Motor Manufacturers and Traders.2

151,795 vehicles were built in the month, with production for export growing taking an 80.9% share of volumes. 122,765 cars were shipped to overseas customers, an uplift of 1.7% on the same month last year, and offsetting a -10.9% decline in production for the home market. Despite the fall, domestic demand remains strong, with production in the year so far up 3.3% and at its highest level since 2005.3 Overall production levels, meanwhile, achieved a 17 year record of 1,444,248 – up 9.2%.

October’s figures underline the export-led nature of the industry, with eight out of 10 cars built for overseas customers. Despite model changes which have ended the consistent growth pattern of the past year or so, we are still on track for a record number of exports.

Given this dependence on global trade, it is crucial that British-built cars remain attractive to international buyers and exports are not subject to additional tariffs, costs and other barriers to successful trade. It is also essential government ensures there is economic stability and a competitive business environment to ensure we continue to attract the global investment that is behind this performance. 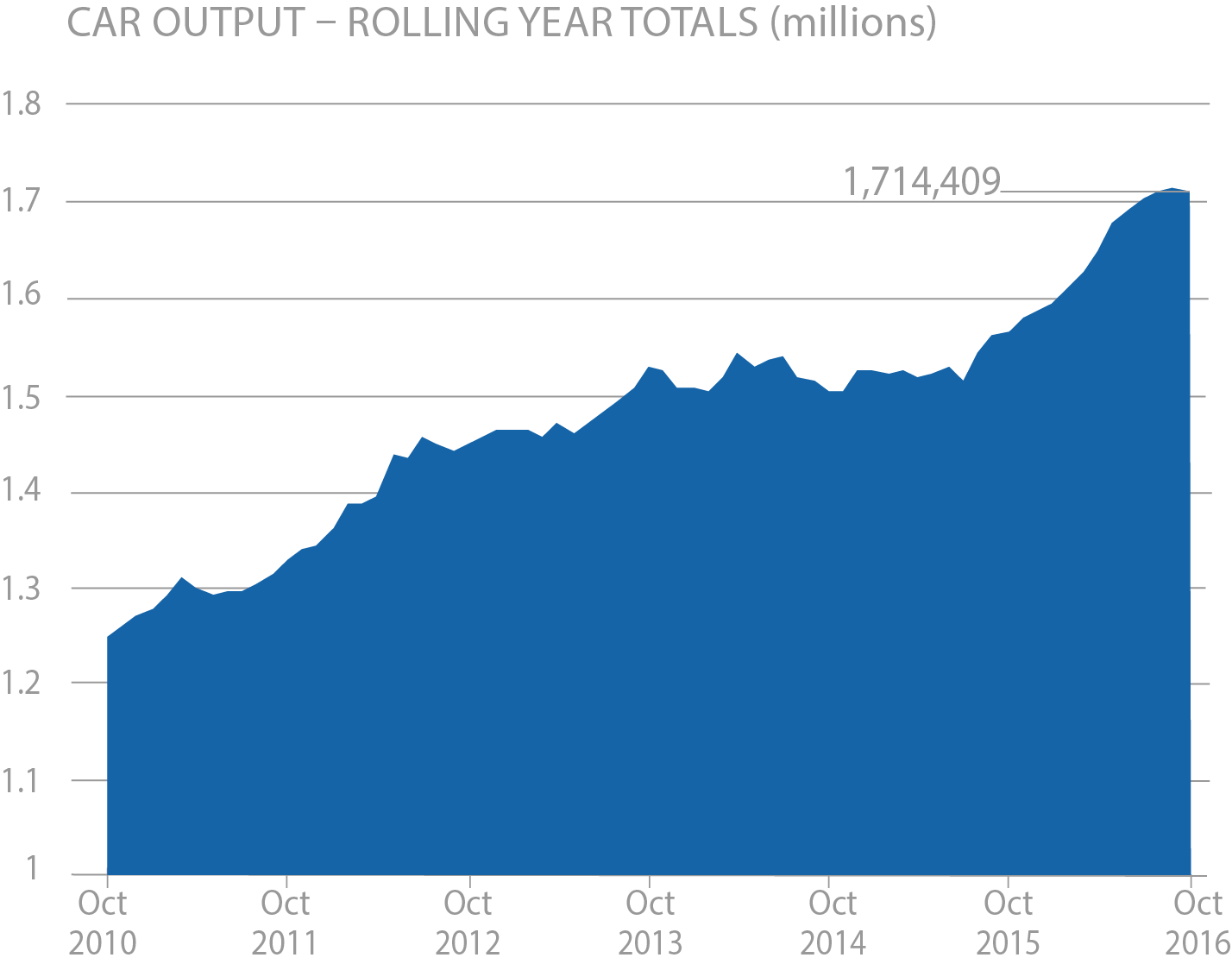