White maintained its position as the UK’s most popular new car colour for the fourth year in a row in 2016, according to data released by SMMT. More than half a million new car buyers chose the colour last year – a fifth of all registrations – although figures show its popularity is starting to fade with demand falling -2.1%, the first drop since 2005.

White and black are the nation’s two favourite car colours – of the 2.69 million new cars registered in 2016, white (552,329) and black (542,862) took more than 40% market share. While white maintained its lead in Scotland, Wales and Northern Ireland, in England it was overtaken by black as the new car colour of choice.

Nationally, the third and fourth most popular colours were grey and blue, both gaining market share. Meanwhile, yellow cars appeared in the top 10 for the first time since 2013 at the expense of mauve, which dropped to 11th place.

Regionally, black topped the chart in the South East while also overtaking white as the favourite new car colour in East Anglia and the West Midlands. However, white continued to be most popular across the rest of the country, with buyers in the South West, East Anglia, East Midlands, Yorkshire and the North all following the national trend. 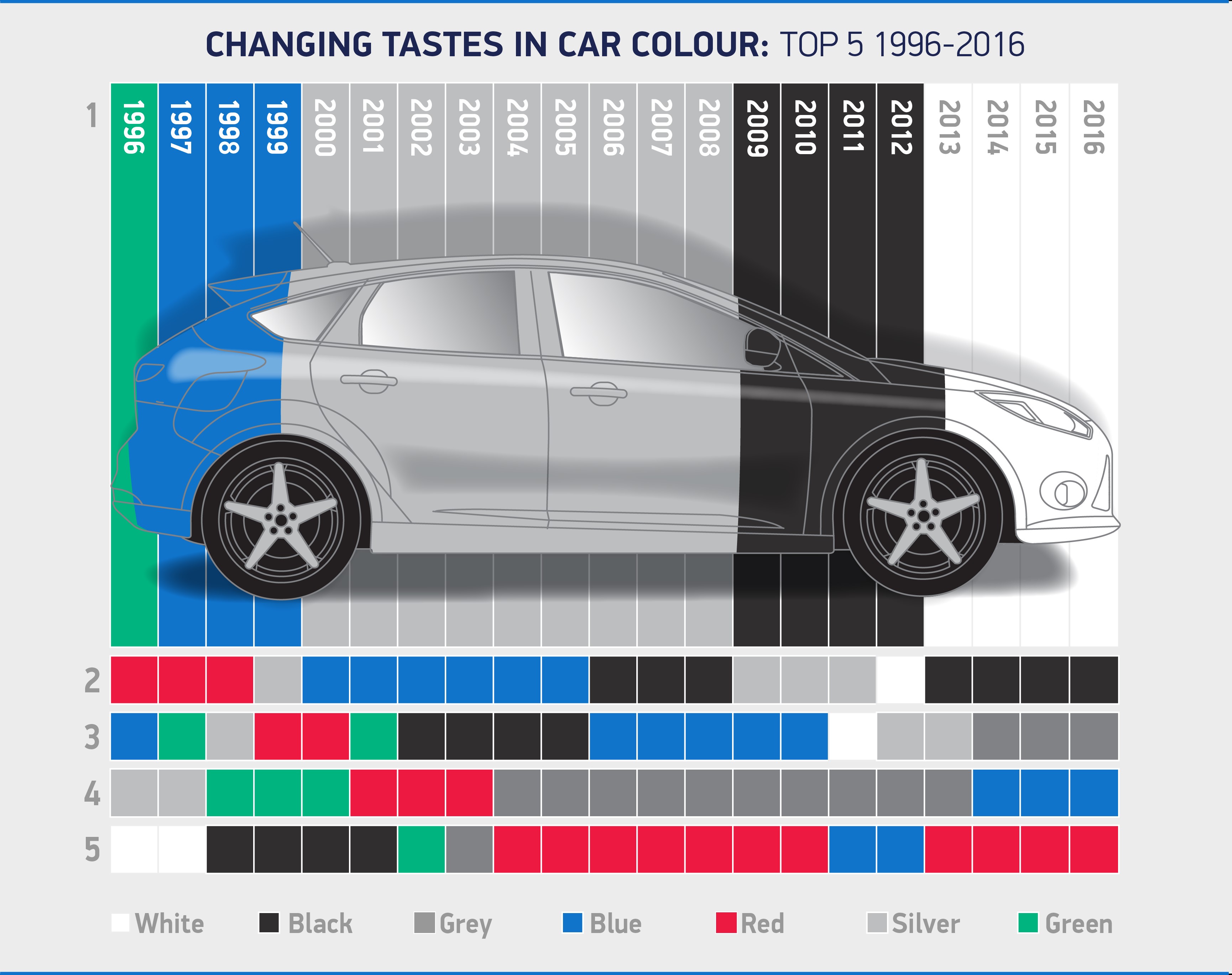