Britain’s used car market reached record levels in 2016 with 8.2 million vehicles finding new owners – an uplift of 7.3% – according to figures published by SMMT. Meanwhile, 1.8 million used cars changed hands in the fourth quarter, with a 5.5% rise in October making it the second busiest month since the switch to a biannual new car plate change – the busiest month being April of the same year. 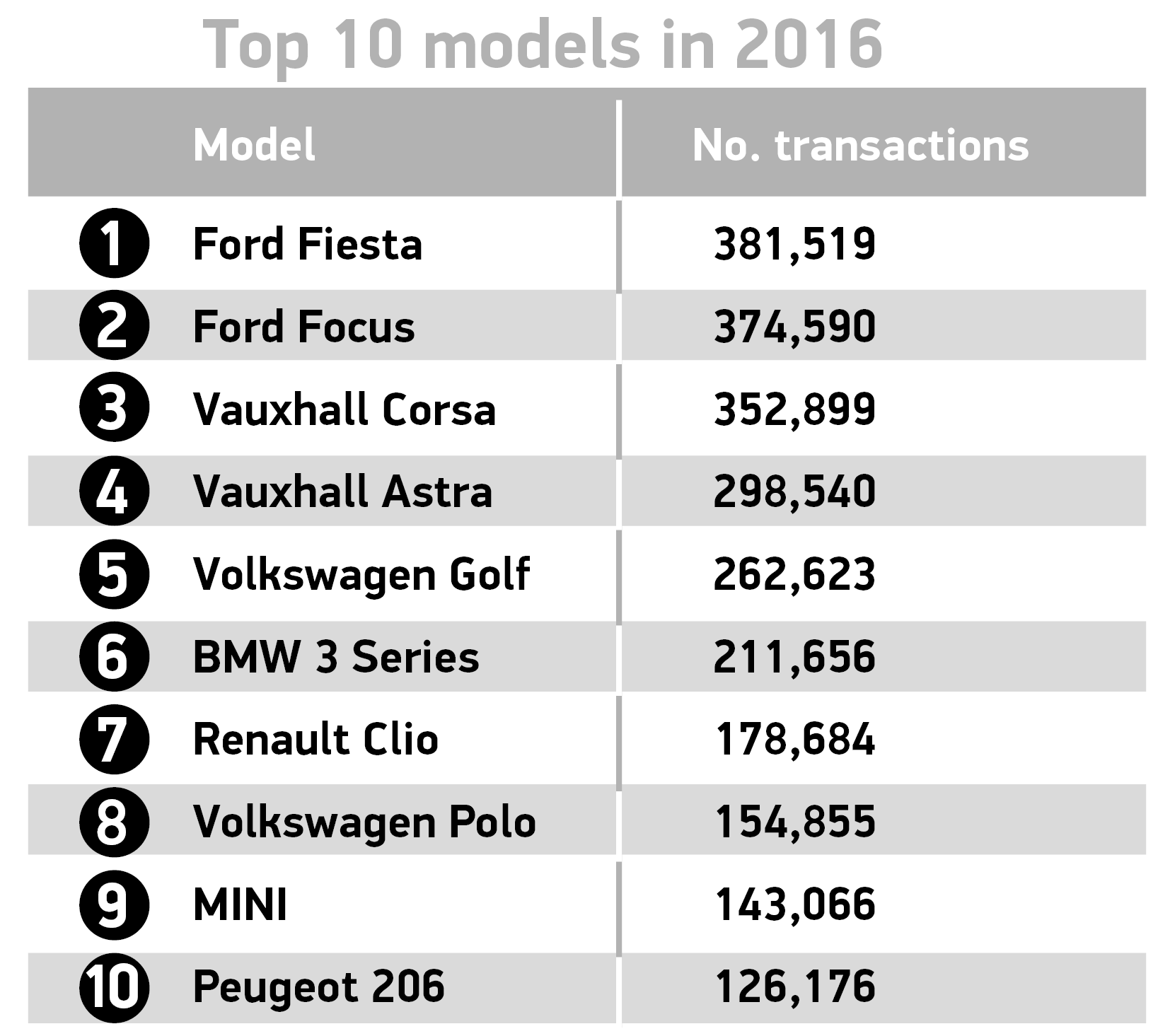 The market reflected the changes in new car consumer tastes, with smaller car demand showing no sign of slowing. Superminis were again the best-selling body type accounting for more than a third of all used car sales whilst transactions of city cars grew 11.5%. Of all body types, however, SUVs’ popularity rose fastest – up nearly 17% to take an 8.3% share of the market.

Although petrol still leads as the used fuel type of choice with more than 4.6 million traded, its market share fell slightly by -1.5% as alternatively fuelled vehicle (AFV) and diesel demand enjoyed greater growth, again reflecting the shift in new car sales to diesel over the past decade or so. Used AFV registrations rose 32.5%, while diesels increased 11.1% and petrol transactions grew 4.7%.

Britain’s best selling used car remained the Ford Fiesta, closely followed by the Ford Focus and Vauxhall Corsa. Meanwhile, silver remained the number one used car colour choice ahead of black and blue, while brown entered the top 10 in place of gold.

On the back of a record 2016 for UK new car registrations, it’s further good news that our used car market is in such good health. Strong demand is testament to the quality, reliability and appeal of cars on sale today, with used buyers enjoying more choice, more low emission, safety and connected technology than ever. Providing economic conditions remain stable and interest rates low, there’s no reason why we shouldn’t see growth in this sector continue in 2017. 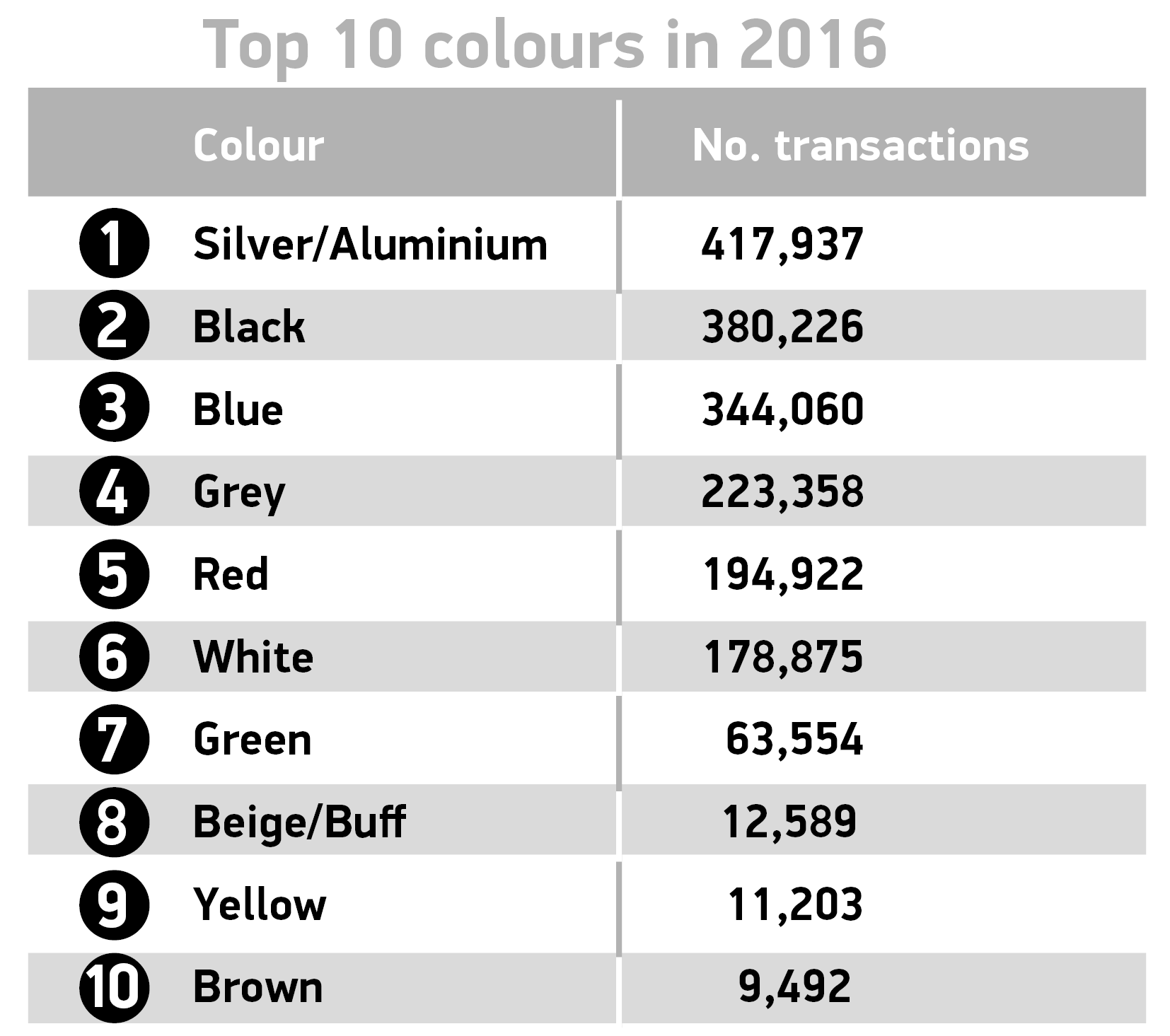 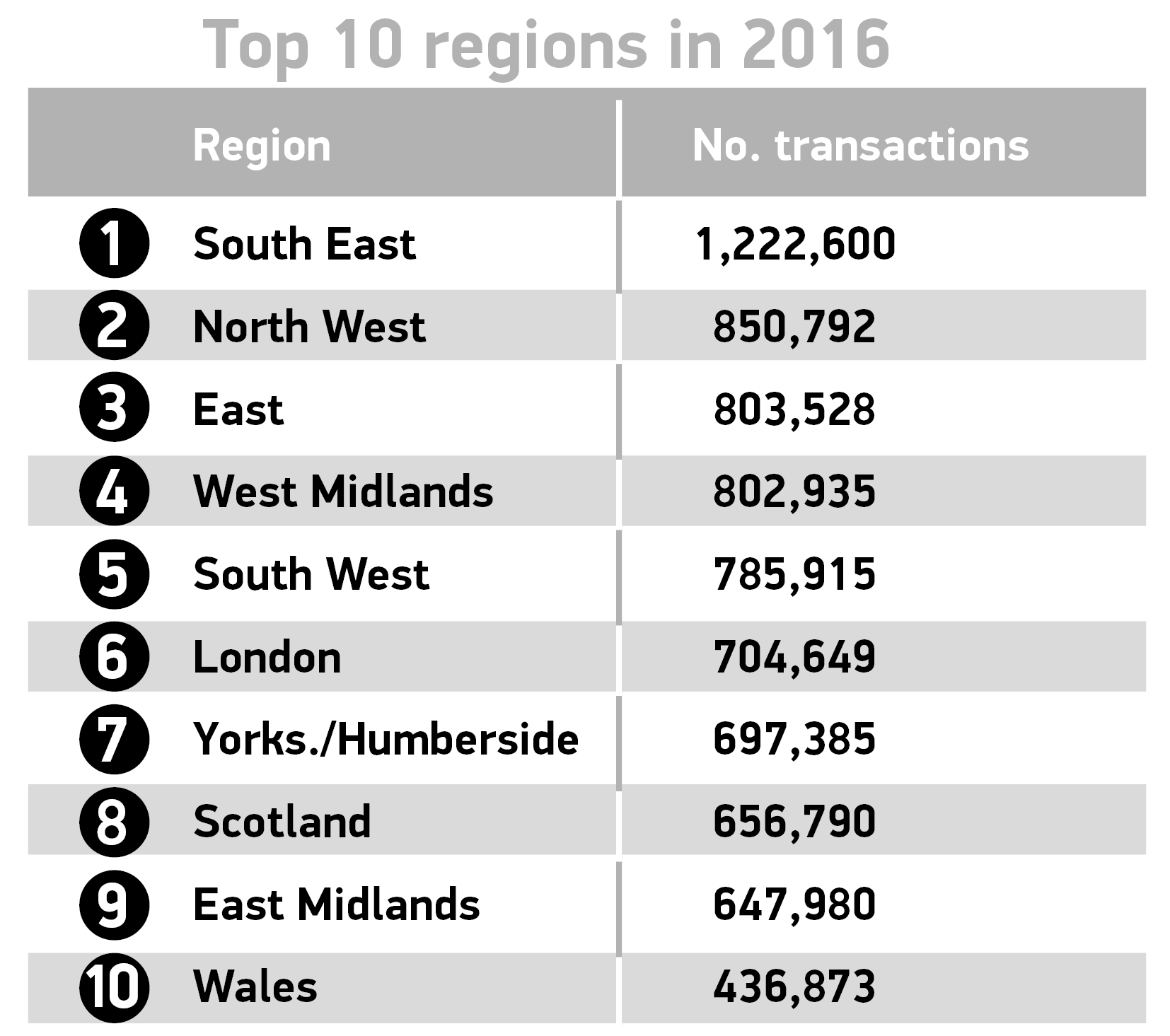