UK car exports to India have grown almost 11-fold in the past seven years, according to data released by SMMT. In 2016, Indian motorists bought 3,372 British-built cars, up from 309 in 2009. Demand rose 15.8% compared with 2015, lifting india from 10th to eight place in the UK’s Asia export markets. 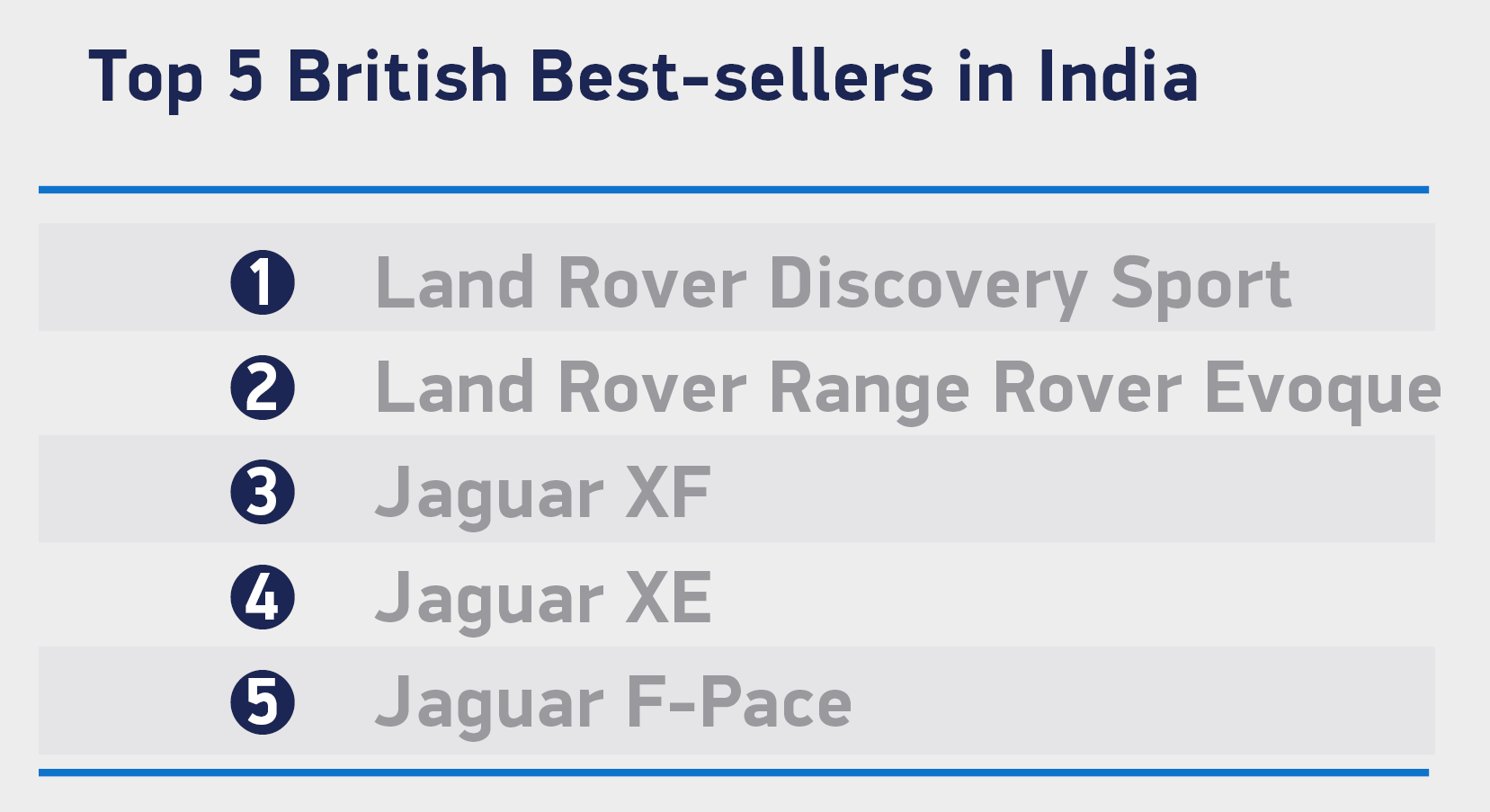 UK car production achieved a 17-year high in 2016. 1,722,698 vehicles rolled off production lines last year, an 8.5% uplift on total production in 2015 – and the highest output since 1999. In addition, more cars are now being exported from Britain than ever before, the result of investment into world-class production facilities, cutting-edge design and technology, and one of Europe’s most highly skilled and productive workforces.

In 2016, global appetite for British-built cars rose by 10.3% to an all-time high of 1,354,216 – a second consecutive annual record. Around eight out of every 10 cars manufactured in the UK is now exported, bound for one of 160 markets worldwide.

Domestic demand for UK built cars also grew last year, up 2.4%, and the UK remains the second largest car market in Europe, after Germany. One in seven new cars registered by UK buyers is now made in Britain, up from one in eight three years ago. Meanwhile, last year Indian-built models accounted for 31,535 new car registrations in the UK, an uplift of more than 12.6% on 2015.1

Asia is now the third biggest export market for British built cars, after Europe and America, accounting for 13.4% of sales. Economic growth has led to increased demand for high-quality luxury vehicles. Key to the UK sector’s success has been meeting this demand with a ‘shift to premium’. Ten new car models began production in the UK last year, nine of them from premium brands, helping to make the UK the second biggest producer of premium cars in Europe, after Germany, and the EU’s third biggest car producer.2

Growing prosperity in Asian markets in recent years has seen a surge in demand for premium cars, even despite high import duties in many countries. As a car market, India really understands British brands, and thanks to its engineering excellence and highly skilled workforce, the UK has a rich heritage of producing the highest quality, globally competitive premium vehicles. India and the UK have a great history of collaboration in the automotive sector and it is essential we secure a mutually beneficial trade relationships in the future.

In addition to cars, Indian motorists are now also able to buy more British-built components than ever before. Last year, some £14 million worth of UK car parts were bought by the Indian automotive aftermarket, and this is set to increase significantly – by around 15% annually over the next five years – as the Indian car parc grows, and more owners look for high quality British brands to fit to their vehicles.3

SMMT is leading a delegation of UK automotive companies to ACMA Automechanika New Delhi 2017 this week. A number of these companies, including Bearmach, Borg & Beck, CarChem, ITC, Merlin Diesel, Ranger Stork, Topgear Tuning, Universal Bodyshop and Viezu, will be exhibiting their latest product innovations at the UK Pavilion in Hall 12. 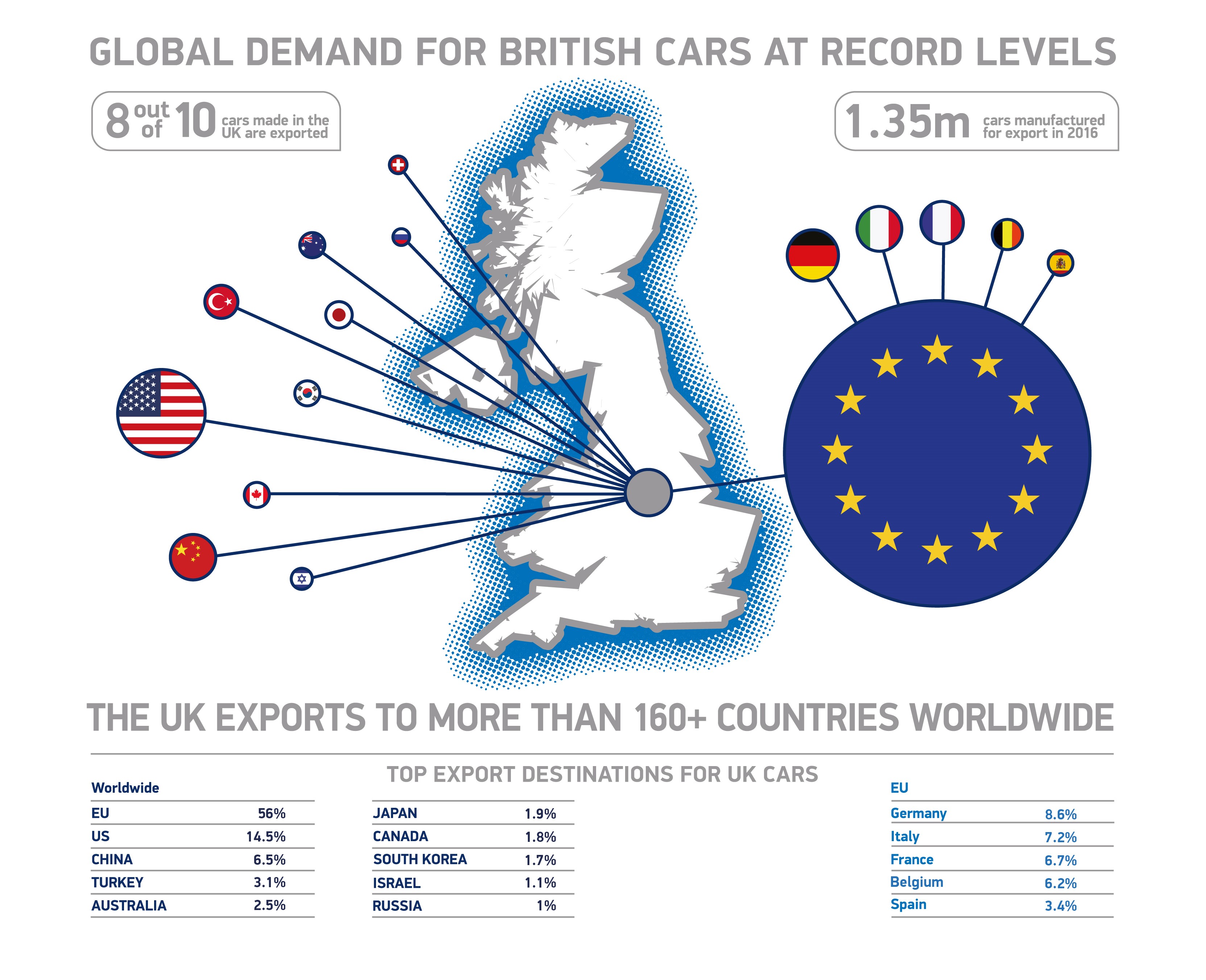