Feature: How technology is improving bus driver and passenger safety

According to government bus data statistics, around five billion bus or coach journeys a year are made in the UK, with 160,000 PSVsand around 103,000 bus drivers.

As with any sector, safety is paramount –  keeping drivers and passengers safe is hugely important to any public transport operator, both in terms of vehicle monitoring and keeping occupants of the vehicle safe too –  a situation in which advanced technology systems can play a part.

One of the biggest advances in recent years has been the use of GPS-based technology to monitor buses and track their movements – a system originally put into practice to allow live data to be fed across routes, making life easier for passengers. 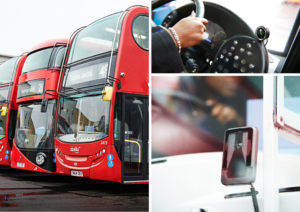 Such automatic vehicle location technology can also be used in the event of an accident, though, as it enables the operator to know the exact location of a vehicle and alert the emergency services. Most software packages also allow for geographic ‘fencing’, which automatically alerts the transport manager if a vehicle goes beyond its predefined boundaries. This not only enables operators to ensure vehicles aren’t used on unauthorised routes, but will also help with vehicle tracking and recovery should a bus be stolen.

Then there’s driver assistance technology, which uses camera and radar systems in conjunction with GPS to help drivers avoid incidents.

In February this year, bus operator Abellio completed a 12-month trial of Mobileye collision avoidance technology on 66 buses. The system was fitted to buses running on three of the 48 routes that Abellio operates on behalf of Transport for London.

The technology fitted warns the driver of an impending collision with a pedestrian, cyclist, motorcycle or other vehicle (Forward Collision Warning and Pedestrian and Cyclist Collision Warning). It also warns the driver if the distance from the vehicle ahead becomes unsafe (Headway Monitoring and Warning), of unintentional lane deviation (Lane Departure Warning), and of exceeding the speed limit (Speed Limit indicator and Traffic Sign Recognition).

The trial,  funded by the Transport for London Safety Innovation Fund,  found that avoidable collisions were reduced by 29%, and injuries to passengers on-board the buses were reduced by 60%. The latter was partly down to a recorded reduction in heavy braking, thanks to the driver alert systems on-board. 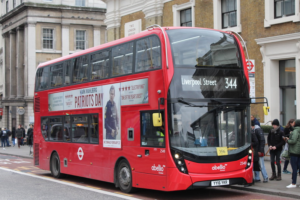 “Safety and driving standards are our top priority, and we’re delighted to have trialled [the] technology on three of our London routes,” said Tony Wilson, Managing Director of Abellio London. “The system gives aural and visual alerts to drivers that allow them to react — reducing incidents and keeping everyone safe in the communities we are proud to serve. It is imperative that bus companies pursue investment in this kind of innovative safety technology.”

Driver behaviour is also important to the safety of drivers and passengers, and recent advances in telematics have made it much easier for transport offices to monitor how well vehicles are driven and identify where drivers may need additional training.

Vehicle telematic data tracks information such as speed, instances of hard braking, cornering and overall smoothness of driving. Managers can set speed thresholds and receive real-time alerts when a driver surpasses the threshold, and can collate the data to recognise when there may be repeat offenders. Driver monitoring tools also allow for easy identification of trends that determine whether a driver is improving or not, helping fleet managers to guide drivers.

One of the challenges with such systems, and also with video monitoring of drivers, is the notion of a ‘spy-in-the-cab’, something that a lot of drivers feel uncomfortable about.

However, the recordings can help with driver safety, as well as record any incidents in which an insurance claim is necessary, helping the operator understand the circumstances behind a claim.

One operator that has used driver monitoring cameras effectively is Reading Buses, which has installed them in its fleet since 2015. It has just renewed its contract with telematics provider MiX Telematics to cover its entire fleet. 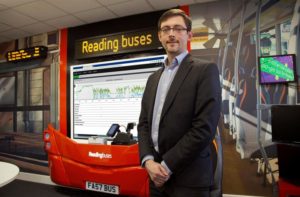 “We’ve found the solution simple to use and it [has] helped us promote safer and more fuel efficient driving behaviour amongst our drivers,” said John Bickerton, Head of Engineering and Innovation for Reading Buses. “The way in which it operates is easily communicated to staff, and with a 59% reduction in harsh acceleration and 14 percent reduction in harsh braking events the system has proven itself thoroughly over the past three years – and our mystery travellers ‘smoothness of driving’ score is now at an all-time high.”

Often, the best way to implement safe driving practices across all drivers is to ensure they receive the best training possible before setting out on the road. Technology can play a role here, too, as some driver training systems support training through the use of map-linked video footage, allowing drivers to do a large chunk of their training from the comfort of their own home.

Through simulation, the system enables drivers to study and learn routes in the safety and comfort of a classroom or home environment, improving route knowledge and hazard awareness before getting behind the wheel.

Pat is responsible for filming all bus routes operated by National Express in the West Midlands, then editing the video and adding commentaries for the driver training software. “When I get news that a 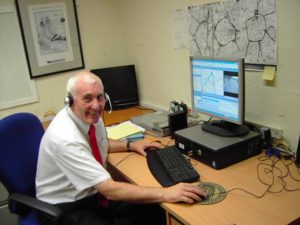 route is changing I go out and film it, edit the video and add a commentary, then upload it,” Pat explained. “It’s very handy for drivers so they can use the software when a route changes and watch the video of the route and they can familiarise themselves with it. It’s about helping them get to know a route before they drive it, so they feel confident when they come to do so in real life.”

Pat  firmly believes that investments in new buses and new technology should be welcomed by drivers – who sometimes view new equipment, like cameras, with caution. “Drivers need to understand that the technology is there to help them, rather than work against them,” he added.