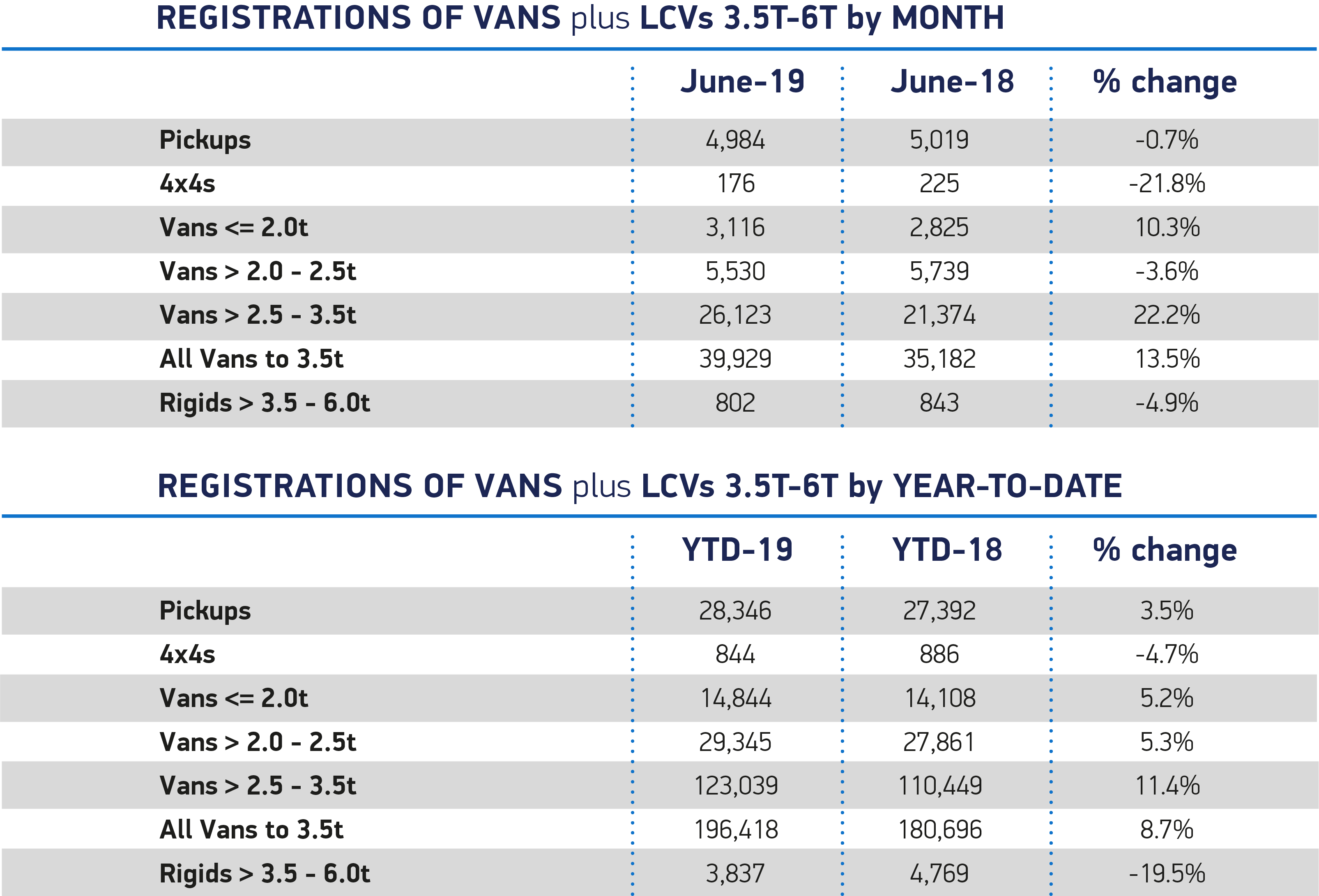 June marked the sixth consecutive month of growth for the UK new light commercial vehicle (LCV) market, as registrations rose 13.5%, according to the latest figures released today by the Society of Motor Manufacturers and Traders (SMMT). The performance meant a record first six months of the year, as buyers continued to be attracted to the variety of enticing offers and ranges available. 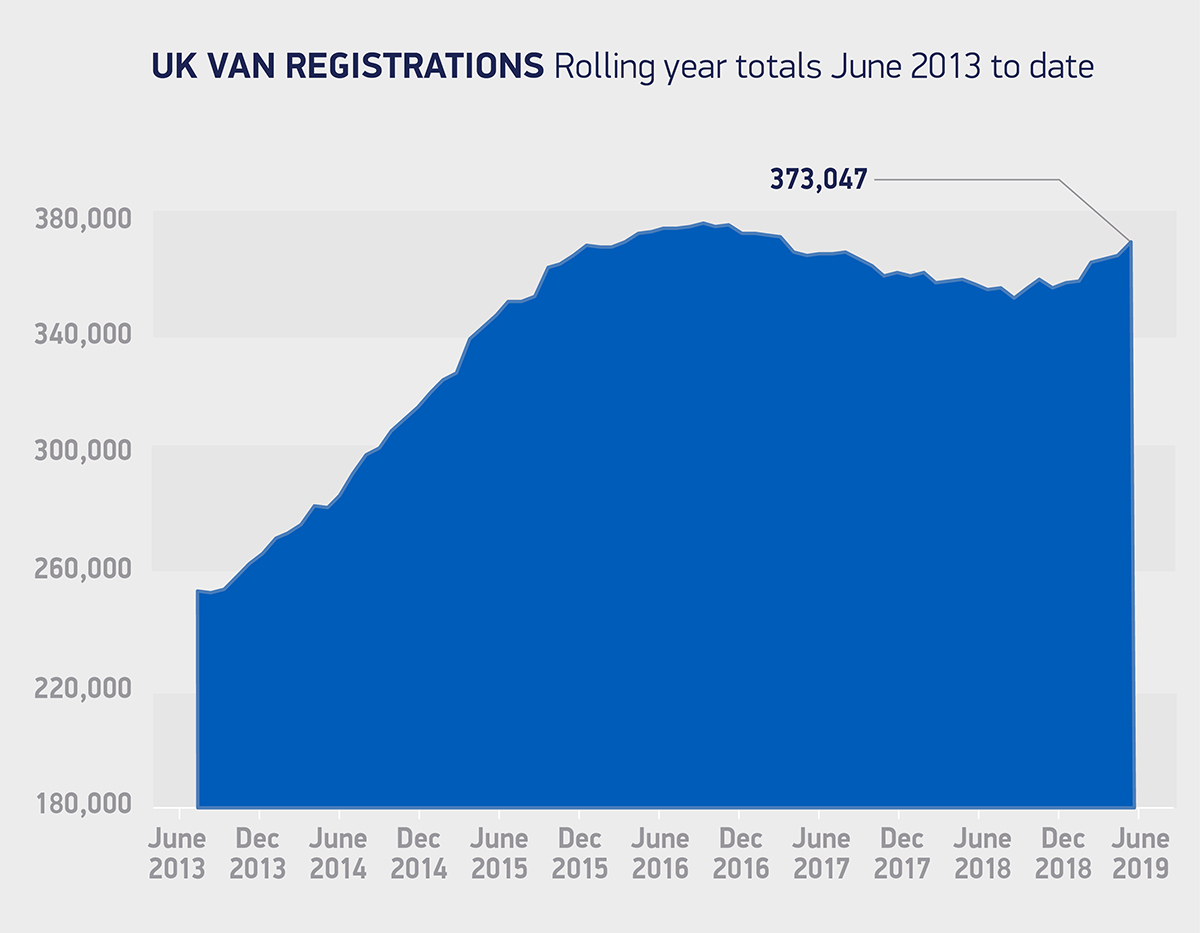 In the first six months of 2019 the LCV market was remarkably strong, up 8.7% and ahead of  expectations. 196,418 new vans were registered on UK roads – 15,722 more than in the same period last year. Except for 4x4s, sales volumes of which are relatively small, all segments posted healthy rises with the strongest growth seen in demand for larger vans weighing 2.5 to 3.5-tonnes.

With many light commercial vehicles playing a crucial role in urban areas, getting more of the latest, cleanest and most fuel efficient models on to our roads is essential to help improve air quality – so it’s good news to see the UK van market performing so well. However, it’s important to remember that purchasing patterns are cyclical and for this trend to continue we need business confidence to improve and political uncertainty to end with a good Brexit deal. 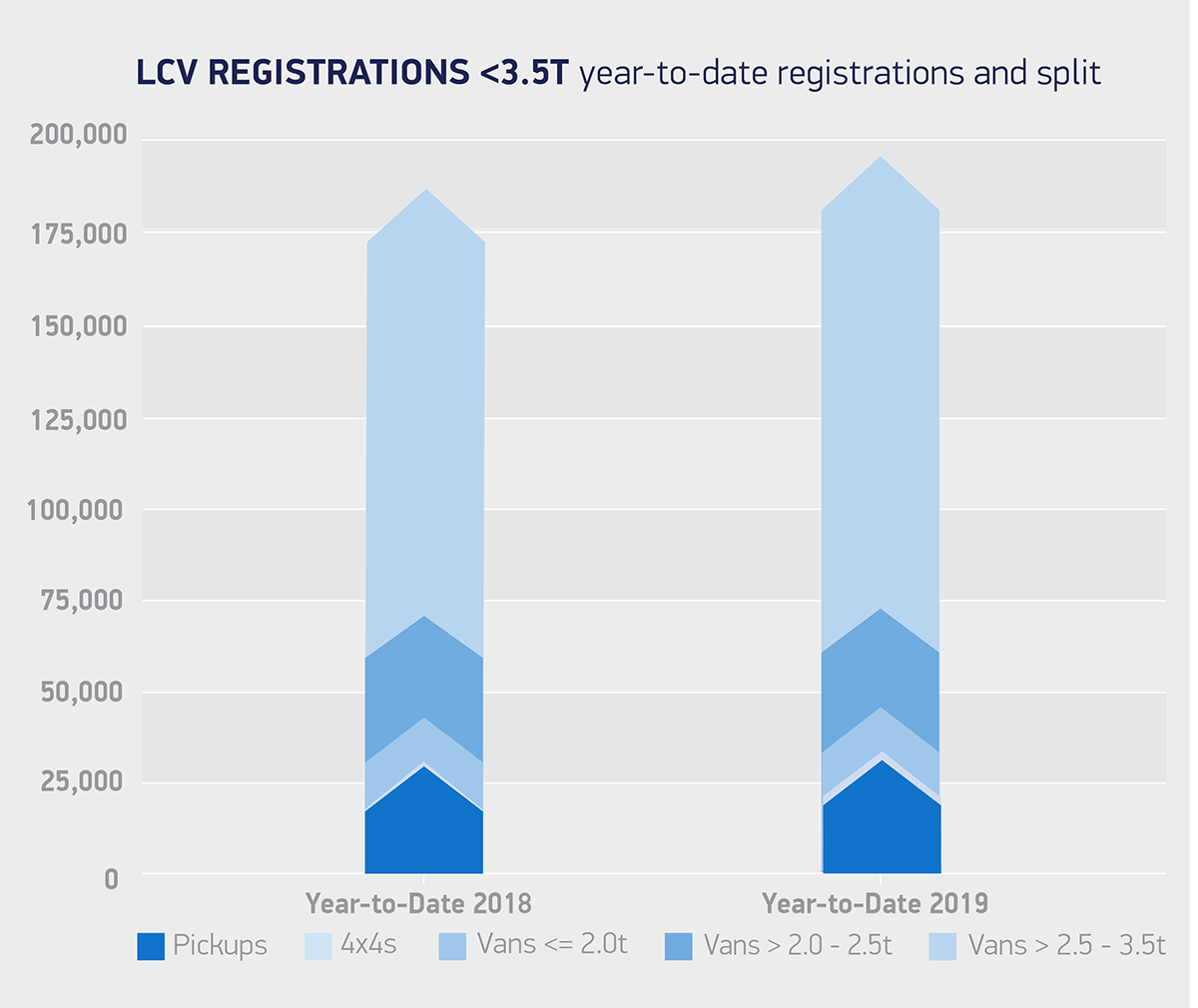