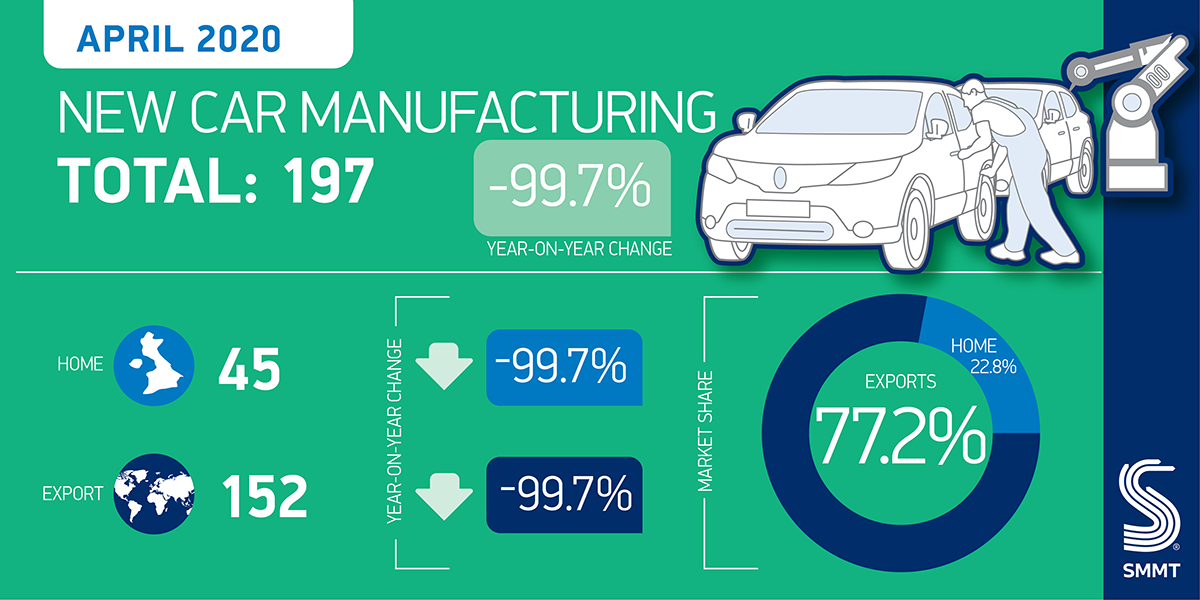 UK car production fell to its lowest level since the Second World War in April, down -99.7%, according to figures released today by the Society of Motor Manufacturers and Traders (SMMT).1 As the coronavirus crisis forced plants to close, just 197 premium, luxury and sports cars left factory gates in the month, models that had been assembled prior to shutdowns with only finishing touches needed.

In April, instead of making cars for the UK and global export markets, many manufacturers refocused efforts on producing personal protective equipment (PPE), including face shields, visors and medical gowns for use by healthcare professionals. During the pandemic car makers have now made some 711,495 pieces of PPE, with others helping make medical equipment, including high-tech ventilators as part of the Ventilator Challenge UK Consortium.2 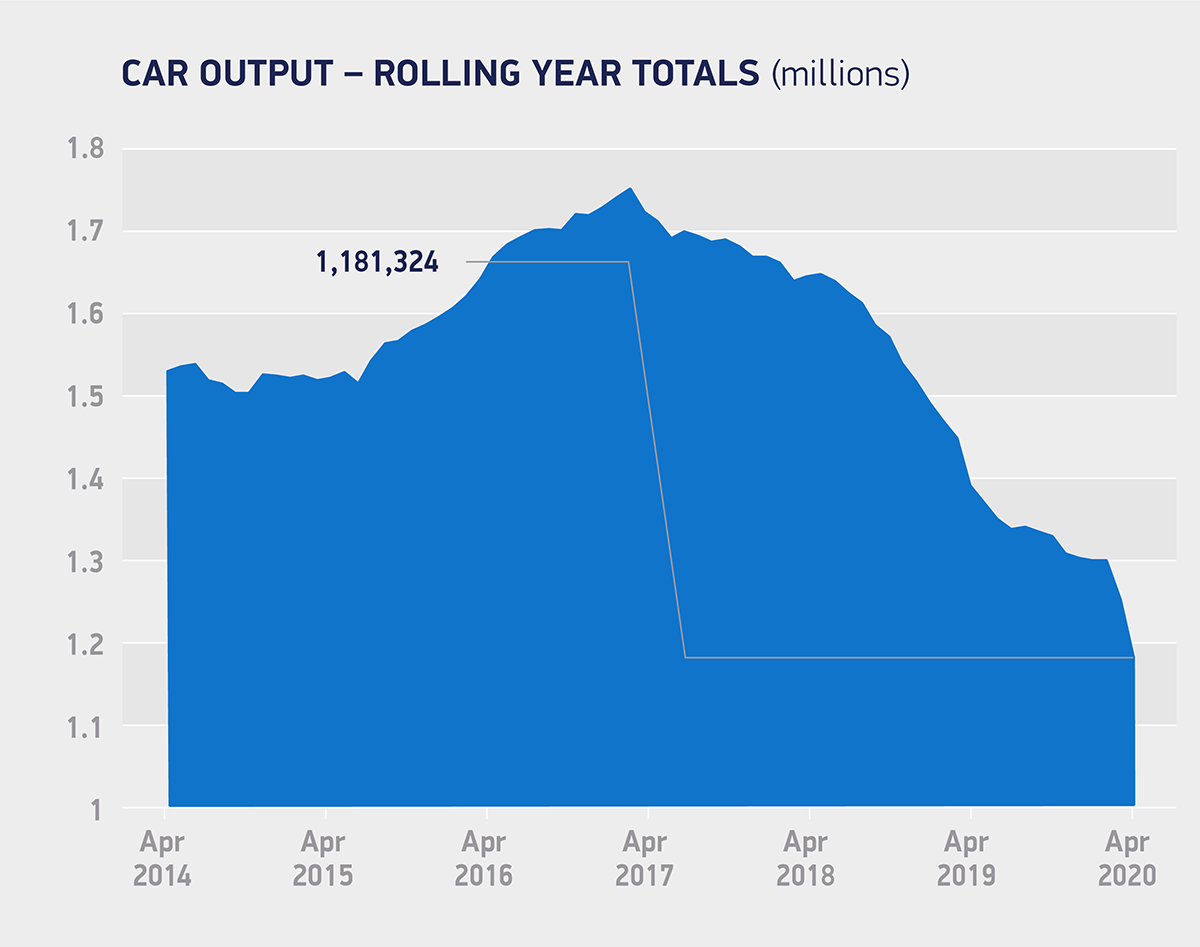 Output for both the domestic and overseas markets was severely curtailed in the month, with 152 cars built for export and 45 for customers in the UK. The exceptional month follows a particularly weak April 2019, when volumes fell -44.5% year on year due to temporary shutdowns as manufacturers sought to mitigate the impact of an expected end-March Brexit.

The news comes as the latest independent analysis suggests annual UK car production could fall below one million units in 2020, which would represent lower volumes than in 2009 and possibly a third lower than expected in January pre-crisis.3

Although the UK’s 168,000 automotive manufacturing employees are now starting to return to work, with around half of the country’s car and engine plants set to be operating by the end of May, factories are scaling up production along different timescales and, with strict social distancing measures in place, output initially will be restricted with a predicted loss of up to some 400,000 units by year end, compared with the January outlook, and a cost to industry of up to £12.5 billion at factory gate prices.4

With the UK’s car plants mothballed in April, these figures aren’t surprising but they do highlight the tremendous challenge the industry faces, with revenues effectively slashed to zero last month. Manufacturers are starting to emerge from prolonged shutdown into a very uncertain world and ramping up production will be a gradual process, so we need government to work with us to accelerate this fundamentally strong sector’s recovery, stimulate investment and safeguard jobs. Support to get all businesses through this short-term turmoil will ensure the UK’s many globally-renowned brands can continue to make the products that remain so desirable to consumers the world over and, in turn, help deliver long-term prosperity for Britain.

1: Annual UK car production totals during WW2. (NB, monthly production records go back as far as 1946, when, in April, some 15,348 cars were manufactured. Prior to April 2020, the lowest month on record for volume output was January 1946 with 6,319 units produced)