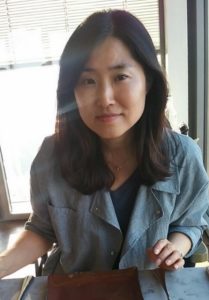 In May 2015 when SMMT brought a UK delegation to exhibit at EVS28 in Korea, they faced some doubt that the UK still had any involvement in the automotive sector.

With the Korean media reporting that the UK’s best known automotive brands had been sold to overseas companies, the Korean public and business people wrongly assumed that the UK had abandoned the sector.

Having changed perceptions our journey has further evolved into promotion of UK low carbon vehicle engineering and we are now looking at forging partnerships in the connected and automated mobility spheres as the drive to green transport and digital transformation quickens.

Future mobility was at the centre of Korea’s recently announced Green New Deal. The Korean Government has subsequently said that a date for carbon neutrality will be announced by the end of 2020. These policy developments coupled with ICE phase-out policy and the UK’s Chairmanship of COP26 means that we are also now exploring opportunities in hydrogen mobility.

South Korea is one of the world’s top automotive manufacturing countries and the auto industry still remains one of the key sectors in the South Korean economy, accounting for 10% of Korean GDP and 12% of total exports. South Korea spends more on R&D than any other country in the OECD and the country has started to adapt to the development of future mobility technology, particularly in connected autonomous vehicles, clean fuel and the zero carbon emissions.

South Korea’s ICT infrastructure is already world class and nationwide 5G coverage is expected to be achieved by 2022. This strength in network technology, along with the country’s globally competitive automotive sector, offers a strong foundation for rapid commercialisation of self-driving vehicles and makes it a highly attractive market for UK CAV technology and solution providers.

The Korean government has designated autonomous vehicles as a focus area for R&D efforts and announced significant investments to support this policy. Its investment in K-City, Korea’s largest autonomous vehicle testing ground, is perhaps the most notable example of the government’s policy. Other large-scale projects related to CAV have been announced in Seoul, Daegu, Pangyo and Sejong City, solidifying the government’s commitment to swift commercialisation of CAVs.

KATRI, who run K-City, have reaffirmed their interest in collaborating with the UK following a special law implemented in Korea in May this year to support the commercialisation of self-driving cars. The bill includes various policies including to support the development of autonomous driving technologies and unmanned delivery vehicle trial projects. The opportunities for joint international R&D collaboration have never been greater.

To capitalise on this momentum, DIT Seoul is organising its first UK and Korea Connected and Automated Conference on 27 October 2020 in Seoul, partnering with SMMT, CENEX, Zenzic, CCAV, KSAE (Korea Society of Automotive Engineers) and Seoul National University. Due to the COVID-19 pandemic, this one day conference will run with a mix of virtual and in-person activities and we are working to make them as time-difference-friendly as possible. The programme and agenda will be available shortly and we look forward to welcoming SMMT member companies.

DIT Seoul is committed to helping UK exporters gain access to upcoming opportunities in South Korea in this fast-moving industry.

It has been my honour to work with an excellent team at SMMT and I hope we continue our journey together to help the UK automotive make inroads into South Korea.