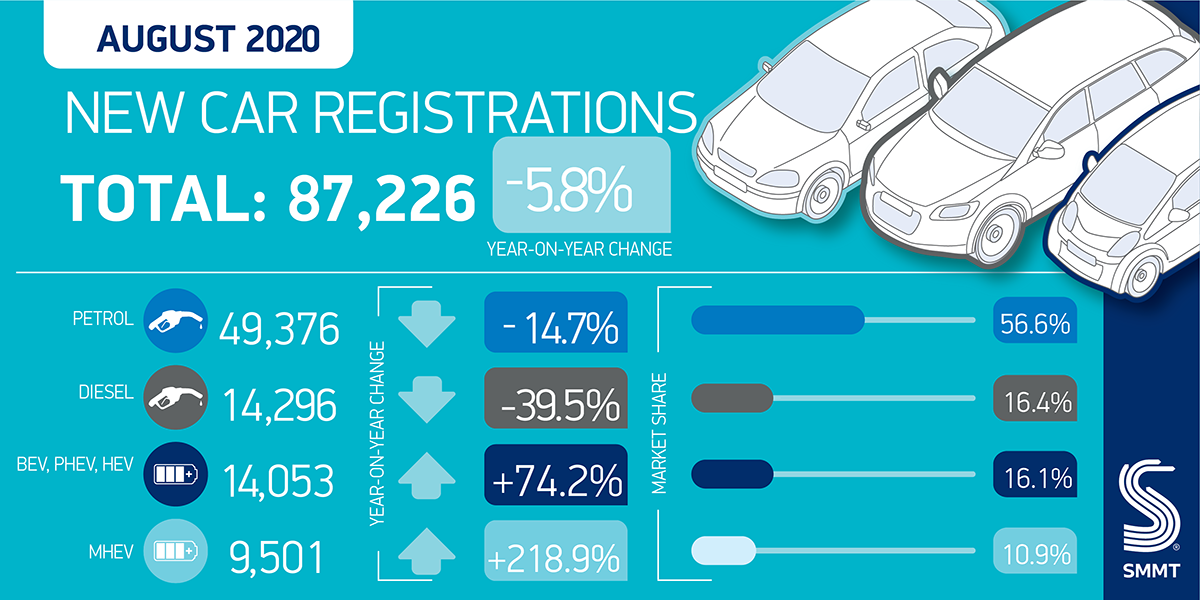 UK new car registrations declined by -5.8% in August, according to figures published today by the Society of Motor Manufacturers and Traders (SMMT). Just over 87,000 vehicles were registered during what is traditionally the quietest month of the year for new car sales.

While registrations to private buyers held relatively steady, down by 699 units in the month, demand from businesses of all sizes was much more subdued, with 2,650 fewer new cars joining UK fleets, down -5.5% on August 2019. Demand also fell across all segments except superminis, with the biggest declines in demand seen in the mini (-64.2%) and specialist sports (-41.9%) categories. 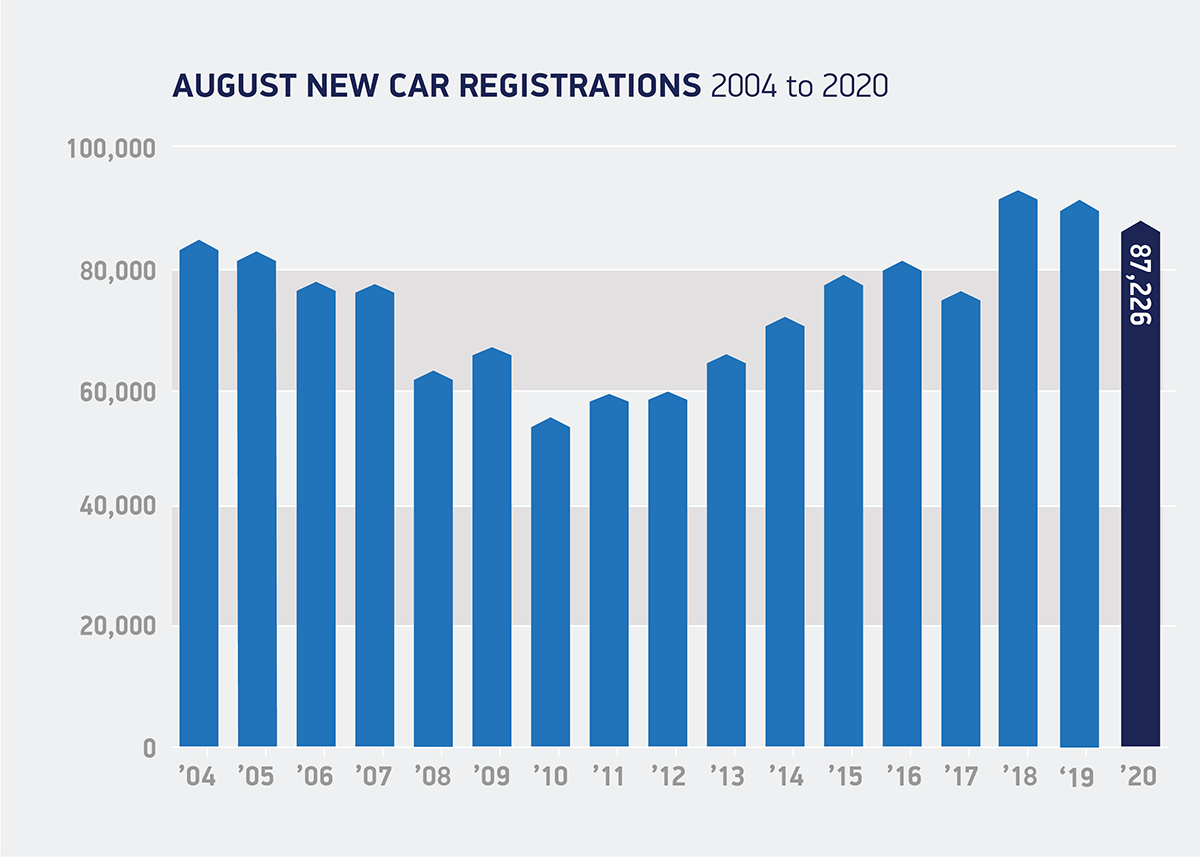 Zero emission-capable vehicles enjoyed a bumper August as a result of new models coming to market, with sales of plug-in hybrids increasing by 221.1%, although they still only accounted for 1 in 30 sales. Registrations of battery electric cars increased by 77.6% in the month, accounting for 6.4%. However, they make up just 4.9% of registrations year to date, up from 1.1% in the same period last year – clearly illustrating the scale of the challenge ahead to reach the government target for EVs to comprise 70% of new car sales by 2030. 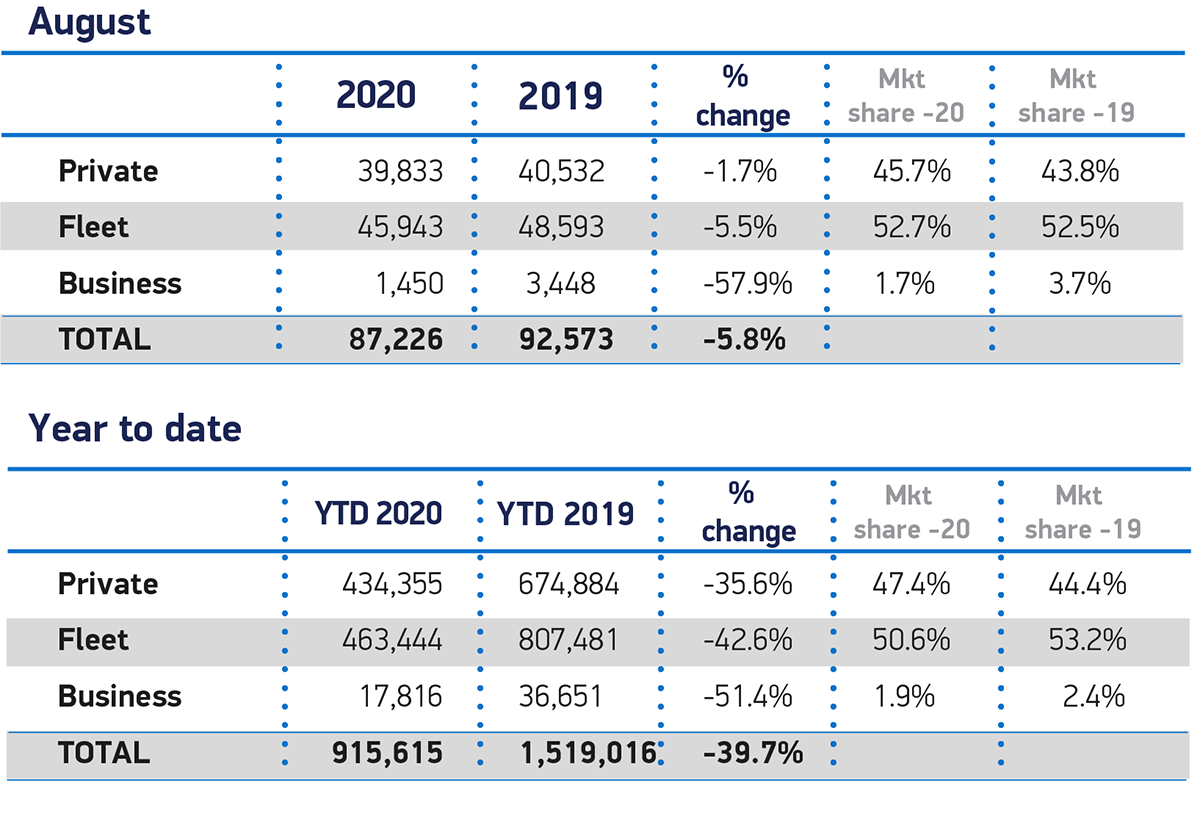 The figures are released as the UK automotive industry calls for binding targets on charging infrastructure development and long-term commitments to incentivise the purchase of zero emission capable vehicles to accelerate demand. In the past five years, the range of zero emission capable car models available in the UK has trebled to more than 80, with some 200 more in the pipeline over the coming years. For customer demand to keep pace, at least 1.7 million new on-street charging points will need to be built by 2030, along with a long-term commitment from government to provide incentives for EV purchases.

Overall, registrations remain down by -39.7% in the year to date, some 600,000 units behind this time in 2019, following coronavirus enforced lockdowns. 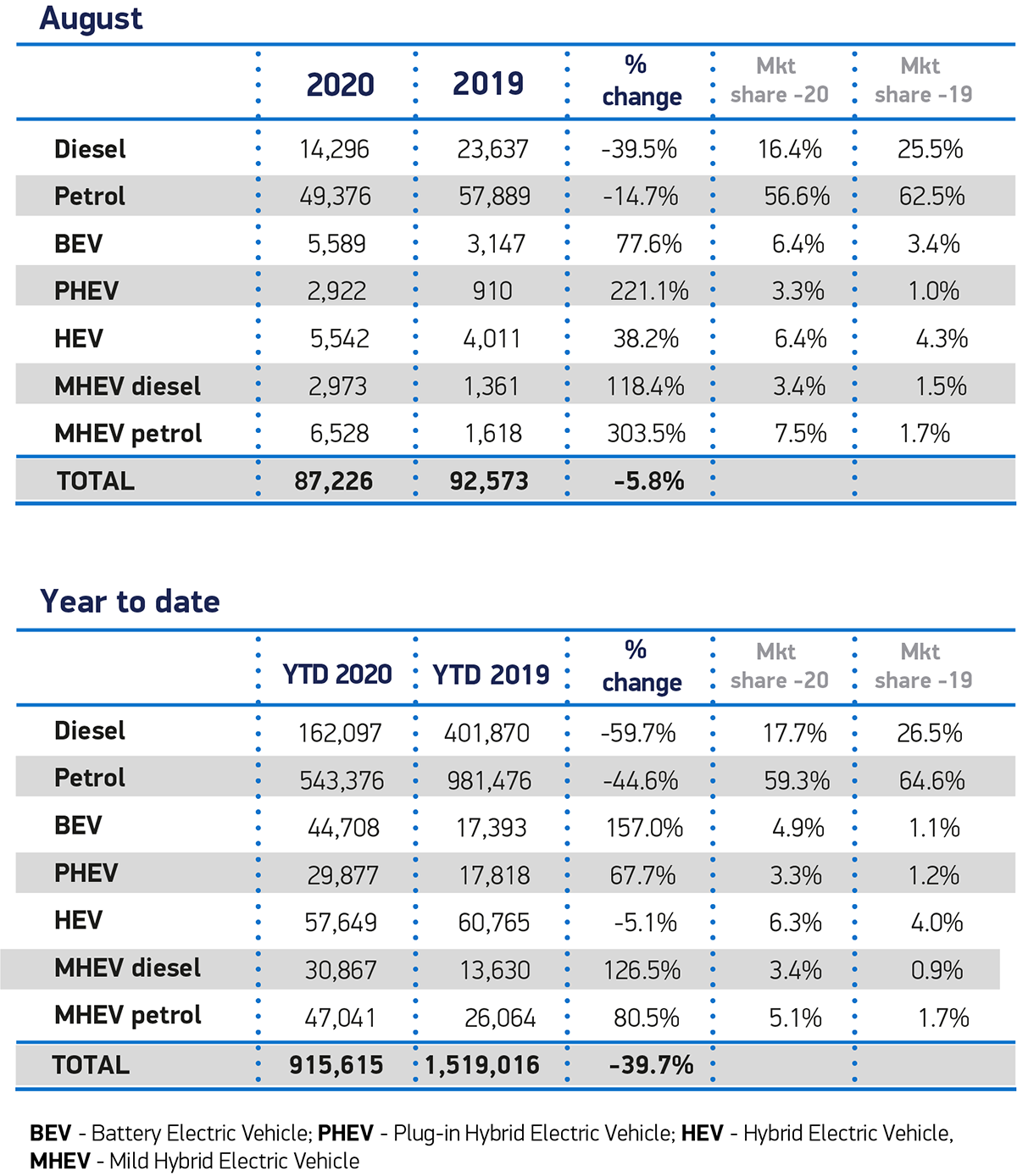 The decline is disappointing, following some brief optimism in July. However, given August is typically one the new car market’s quietest months, it’s important not to draw too many conclusions from these figures alone. With the all-important plate change month just around the corner, September is likely to provide a better barometer. As the nation takes steps to return to normality, protecting consumer confidence will be critical to driving a recovery.