New vehicle purchase is only one way to reduce fleet emissions. Although replacement schedules are a crucial aspect of maintaining vehicle standards of reliability and efficiency, there are significant environmental benefits to be extracted from adopting a sustainable approach to fleet maintenance and repair. 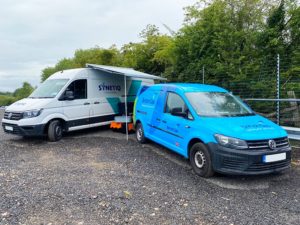 Utilisation of a ‘Green Parts’ strategy by British Gas, for example, has helped the company save 120,000kg of CO2 across its 11,400 fleet since it began the initiative in 2013. Working with salvage and recycling company SYNETIQ, the company claims the saving is the equivalent of offsetting the carbon emissions of charging 15.3 million smartphones for the whole of February and is equal to the average two-car family’s fuel use over 37 years.

The majority of supply for British Gas is for replacement van doors taken from a stock of non-safety-critical parts reused from unrepairable vehicles. These ‘green parts’, as they’re known, can be up to 75% cheaper than a like-for-like new component.

“By supplying perfectly usable, non-safety critical green parts – such as headlamps, doors, engines and gearboxes – we’re preventing unnecessary manufacturing and reducing emissions,” explains SYNETIQ CEO, Tom Rumboll. “The driving force behind the use of green parts was often thought to be the significant reduction in repair cost; for us, this has been overtaken by the available reductions in carbon footprint. As we move towards 2030, we expect the growth in green parts to accelerate even further. Regardless of how vehicles of the future are powered, they will always contain parts that are suitable for a second life.”

The emissions savings are arrived at, says the company, by reducing the reliance on the manufacture of replacement parts – cutting carbon emissions and the draw on natural resources. It’s representative of the energy supplier’s fleet management strategy and approach to environmental performance, for which it was named 2020 Fleet of The Year at the Fleet News Awards.

“We are always looking at ways to maximise the sustainability of our fleet, and have been using green parts supplied by SYNETIQ since 2013; the environmental benefits are clearly visible in the data provided,” says Steve Winter, British Gas head of fleet. “We have recently committed to a 100% electric fleet by 2030, under the EV100 initiative, so it’s vital our salvage and green parts partner has the capabilities to handle these vehicles as efficiently as possible. Collaboration will be vital over the next few years. We have a great relationship with many vehicle manufacturers, and we all need to work together to ensure each non-safety-critical reusable part can serve its intended purpose wherever possible.” 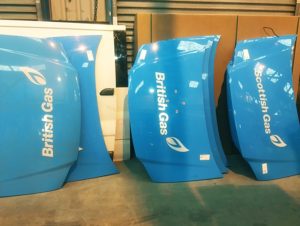 Organisations, partnerships and regulatory bodies exist to help further develop the remanufacturing sector. The SMMT’s Remanufacturing Committee, for example, is made up of member businesses working within the sector and works to connect with policy makers to unlock the industry’s potential: it is estimated that the current UK remanufacturing industry is worth £2.4 billion. Automotive is  one of the most established sectors, utilising parts from all vehicle systems, from engines and gearboxes, to fuel components and electronics. Furthermore, the Federation of Engine Remanufacturers exists to ensure standards are adhered to and offers members the opportunity to benefit from technical partnerships and training designed to optimise its aftermarket customers.

TRW, one of the aftermarket brands of OEM ZF, lists a sustainable supply chain, commercial/cost benefit and environmental advantages among the plusses of utilising remanufactured parts. The company claims that 80% less energy is used compared to the production of new parts, reducing waste to landfill and conserving raw materials such as steel, aluminium and copper.

Crucially, remanufacturing is not the same as recycling or repairing. It refers to the industrial process of returning a previously used part to as-new condition using new components where necessary. For example, a remanufactured engine or axle may consist of the original block or casing with all wearable items replaced, such as pistons or gears, rings and seals. 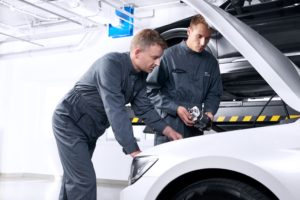 As a valuable method for reducing fleet maintenance, repair costs and environmental impact, remanufacturing is supported by a broader range of companies than merely the specialist engineering firms operating within the sector. Tier 1 suppliers Bosch and Delphi are among those offering dedicated remanufacturing services. Bosch offers high pressure fuel pumps that feature the same OE components and which are tested to the same specifications as ‘new’ items.

The Delphi remanufacturing programme also centres on its common rail diesel pump range for vans, which it says provides flexibility and increases vehicle up time. It states that, to return pumps to as new condition, it employs a seven-step process: core inspection, product disassembly, cleaning, further inspection, part replacement with like-for-like OE, assembly and test and calibration. This enables the provision of a two-year warranty.

The Carbon Trust is in no doubt as to the sustainability benefits of remanufacturing and reuse, as its transport expert, director of implementation Myles McCarthy tells us. “Companies are now looking at their end-to-end value chain, which is important as up to 90% of emissions can be outside your own operations, but still related to the delivery of your product or service. A lot is happening for emissions reduction in the in-use phase of vehicles in terms of fuel use, but a significant proportion of a vehicle’s impact is in its embedded emissions; in the production of raw materials or manufacturing. As we decarbonise the in-use impact, the proportion of a vehicle’s emissions coming from its manufacture becomes the dominant part.

“Recognition that minimising this overall impact through extending life, repairing, recycling and remanufacturing are all important 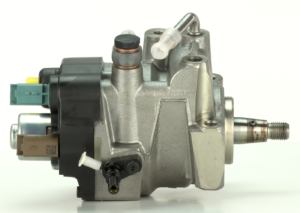 elements,” he continues. “If you can extend the life of elements and components while maintaining warranty, quality or performance, and perhaps even enhancing it in the remanufacturing process, then that can have a significant beneficial impact on the environmental impact overall. When a component or vehicle comes to the end of its life, then it’s important that it was designed to have materials recoverable for reuse or reprocessing. Remanufacturing and end of life recycling, particularly, are going to become more and more important industries for many sectors.”