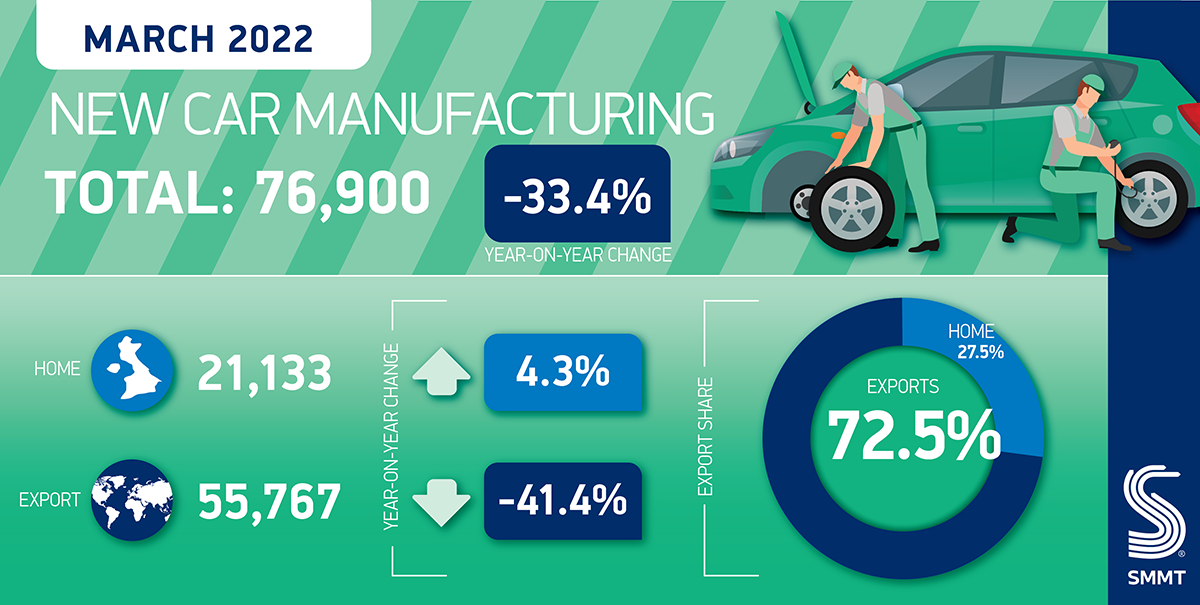 UK car manufacturing declined -32.4% during the first three months of 2022, with almost 100,000 fewer units made than in the same period last year, according to the latest figures released today by the Society of Motor Manufacturers and Traders (SMMT). With production volumes still constrained by the ongoing global shortage of semiconductors and other components, 207,347 new cars were built during the first quarter, down from 306,558 in pandemic-affected Q1 2021.

Output in the last month of the quarter fell by more than a third, down by -33.4% year-on-year, with 76,900 units made compared with 115,498 in the same month last year. This decline, resulting in the weakest March since the financial crisis in 2009,1 was driven primarily by a decrease in production for overseas markets, which fell by -41.4%.

Exports to the US saw the greatest decrease during March, dropping by -63.8% year-on-year, largely due to the closure of a major plant in Swindon in July 2021 which manufactured for the US market, while exports to the EU declined by -24.5%. 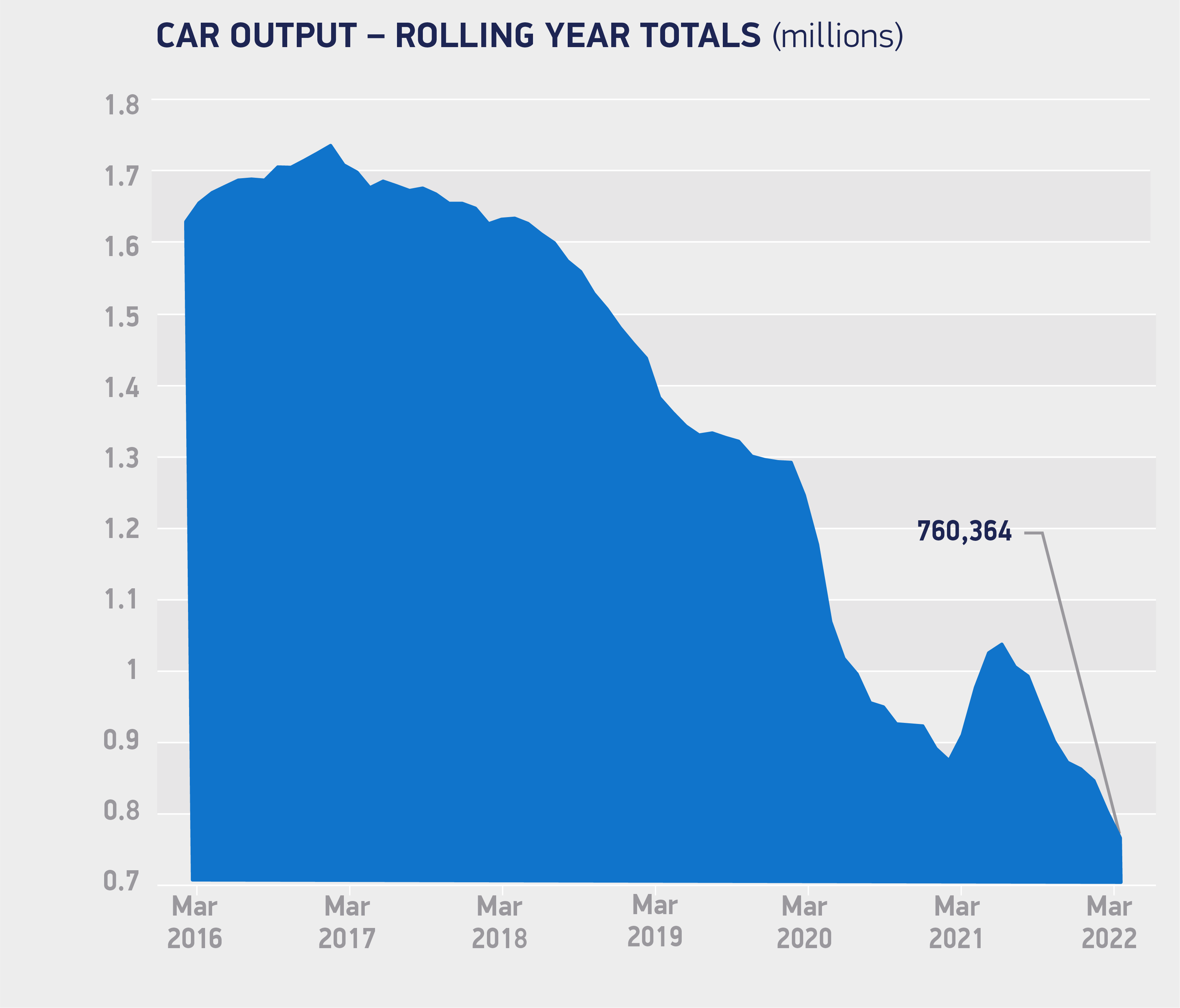 To ensure the UK remains a competitive environment in which the latest and greenest vehicles can be ‘Made in Britain’, the UK automotive industry is calling for relief on energy costs equivalent to that afforded energy intensive industries and access to low cost and low carbon energy, comparable to European competitors.

Two years after the start of the pandemic, automotive production is still suffering badly, with nearly 100,000 units lost in the first quarter. Recovery has not yet begun and, with a backdrop of an increasingly difficult economic environment, including escalating energy costs, urgent action is needed to protect the competitiveness of UK manufacturing. We want the UK to be at the forefront of the transition to electrified vehicles, not just as a market but as a manufacturer so action is urgently needed if we are to safeguard jobs and livelihoods.