There are well-known and well-understood differences between the performance of vehicles in the current lab-based emissions test, which is in urgent need of reform, and in road test conditions. These differences are being addressed with the introduction of Real Driving Emissions (RDE) testing from next year. 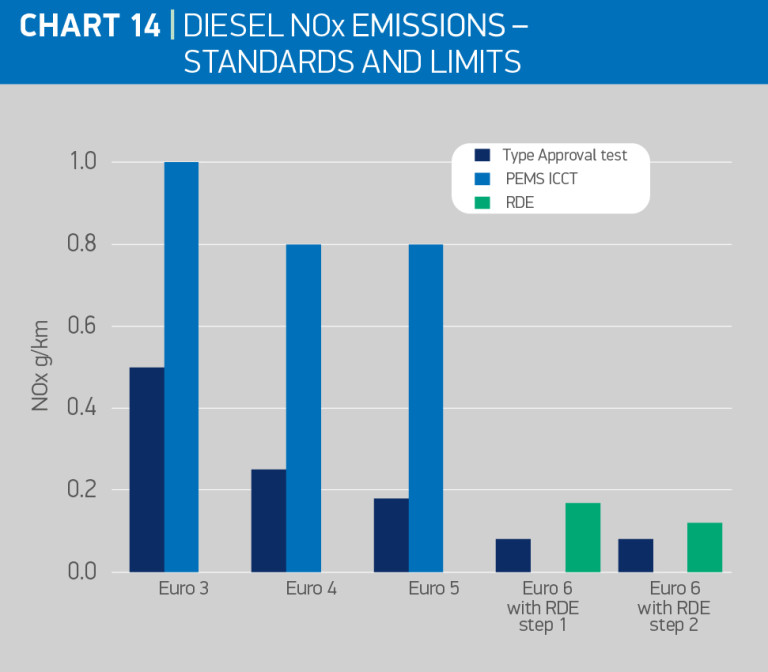 SMMT and industry support the introduction of the proposed new and more onerous testing which will help to reflect better ‘real world’ driving.

As well as the move towards RDE, 2015 saw the continued development of the World Light Duty Test Procedure (WLTP), which will replace the current New European Driving Cycle (NEDC) for the official laboratory tests, and will implement a more representative laboratory drive cycle. Work continues on finalising the detail of both WLTP and RDE, but the aim is still for both to be introduced for newly approved vehicles from 1 September 2017.