UK car manufacturing fell in September, with year-on-year output declining -4.1%, according to figures released today by the Society of Motor Manufacturers and Traders (SMMT). 6,500 fewer cars rolled off production lines than in the same month last year, with a total output of 153,224.

Production for export fell by -1.1% in line with slower growth across EU markets, but it was substantial double-digit losses in the home market which drove the overall decline. Domestic demand in the month dropped -14.2% to 31,421 units, contributing to an overall year-to-date production decrease of -2.2%.

With UK car manufacturing falling for a fifth month this year, it’s clear that declining consumer and business confidence is affecting domestic demand and hence production volumes. Uncertainty regarding the national air quality plans also didn’t help the domestic market for diesel cars, despite the fact that these new vehicles will face no extra charges or restrictions across the UK.

Brexit is the greatest challenge of our times and yet we still don’t have any clarity on what our future relationship with our biggest trading partner will look like, nor detail of the transitional deal being sought. Leaving the EU with no deal would be the worst outcome for our sector so we urge government to deliver on its commitments and safeguard the competitiveness of the industry. 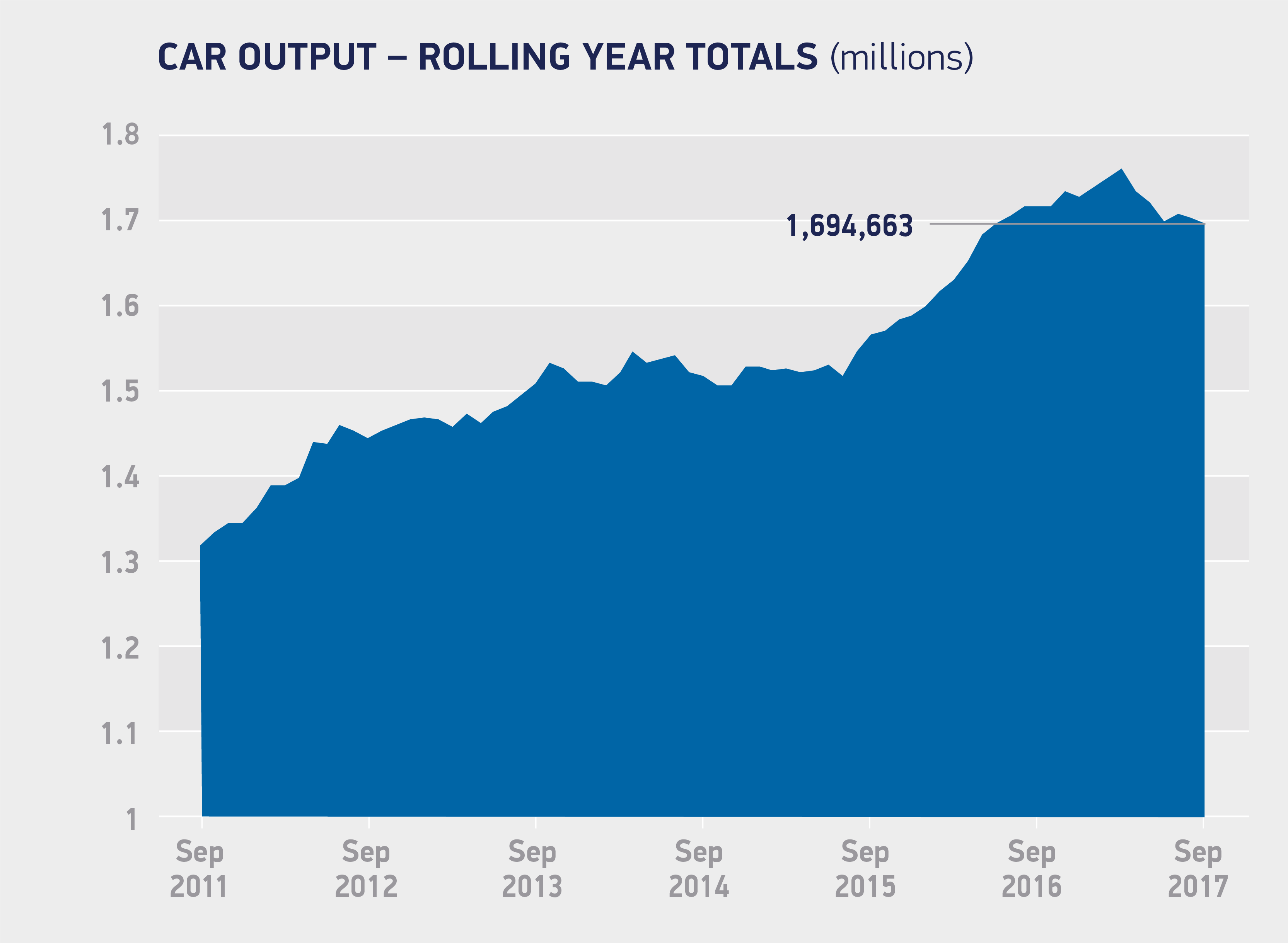