Birmingham City Council is to trial 20 hydrogen-fuelled buses on key routes from March 2019.

The buses will be fuelled by hydrogen produced at the Tyseley Energy Park, a newly-developed low emission refuelling hub in the city for commercial and public sector vehicles, which is planned to open by September 2018 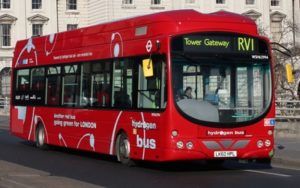 The scheme is expected to cost £13.4 million and is part-funded by the Office for Low Emission Vehicles (OLEV), the Fuel Cells and Hydrogen Join Undertaking, the Greater Birmingham and Solihull Local Enterprise Partnership and the Local Growth Fund. An open tender process will find an operator for the scheme who will use the Transport for London Hydrogen Bus Framework to purchase the vehicles by March 2019.

Councillor Stewart Stacey, cabinet member for transport and roads, said, “Public transport plays a key role in encouraging people to leave their cars at home and choose alternative methods of travelling around the city, which in turn will help reduce both congestion on our roads and the impact of vehicle emissions on the environment. It therefore follows that we must look at ways to make public transport more environmentally friendly too, which is why this hydrogen bus pilot is so important. If successful, this could completely change bus travel in a way that will benefit the entire city.”