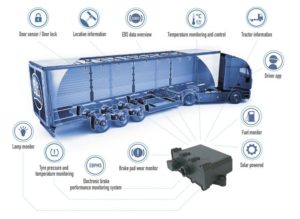 BPW has completed the first stage of an ambitious expansion plan that will enable complete axle assembly for the UK market from its Leicestershire headquarters. Over the past 10 years the company has already fitted over 250,000 suspension systems to pre-assembled axles at its UK base. Phase 1 of a multi-million pound investment has opened a new axle assembly line, moving domestic assembly to the UK from Germany. The move helps protect the local industry from potential delays and enforced price increases that may result in the event of post-Brexit tariffs.

The investment comes at an exciting time for the UK trailer market, as new technologies rapidly evolve to support the emerging powertrain advancements of high-efficiency heavy-duty trucks. The new axle assembly line will create 30 new jobs and increase the facility’s current capacity.

TNB spoke to Neill Groves, director at BPW, to find out what’s in store for the UK trailer market.

TNB: With Brexit looming and the impact of Covid-19 still being felt, this is a bold time to be investing in UK production?

NG: The additional assembly line demonstrates BPW’s confidence in the UK market and its continued activity post-Brexit. This move opens up further opportunities for trade globally. We’ve been fitting suspension to assembled axles in the UK for 10 years now and this investment increases our infrastructure and creates further capacity for the UK and Ireland.

The line has been over a year in the making, having begun in July 2019. The UK trailer market stopped, for all intents and purposes, for six weeks at the height of the Covid crisis so we took that opportunity to accelerate the reorganisation of the business. We managed to condense a three-month process into six weeks with the help of our UK infrastructure base – the installation of narrow aisle racking, for example, and assembly tooling by Bosch.

We ramped up production at the end of September and will continue to do so as our recruitment drive continues.

TNB: You refer to the assembly line as being Phase 1 of an expansion programme, can you reveal Phase 2?

NG: Phase 2 will be operational for production at the start of 2021 and brings assembly of the brake system to the UK, too. This will require an additional assembly line and will mean that entire axle assembly will take place in the UK for the first time.

We will have the capacity to assembly 30,000 complete axles a year for the UK market. Entire assembly in the UK makes it easier for us to satisfy the needs for domestic customers – for example, there’s a strong drum brake utilisation here and we are becoming the specialist in that area.

TNB: How else does the UK market differ to the rest of Europe?

NG: The UK tends to favour drum brakes, which with modern friction material technologies and manufacturing techniques can be just as effective as discs. Whereas in other parts of Europe, where truck and trailers are more tied, discs are more common.

We tend to ‘drop and swap’ trailers more in the UK, with many trucks pulling the same trailer. Drum brakes are suitable in such circumstances due to being more forgiving of brake compatibility performance – they can deal with the variance in braking power and characteristics of differing truck manufacturers more easily. Obviously, mainland European trucks and trailers tend to carry out far more long-haul routes.

TNB: How have you seen the trailer industry evolve? Have technologies emerged to support the focus on emissions reduction and highly efficient powertrain?

NG: The trailer market and fleet operators now look more closely at total cost of ownership. A big part of that is interchangeability. The greater the compatibility between a range of trailers and trucks, the better. This in turn helps to support efficient fleet operation.

In terms of technologies, electrification is becoming integrated into axle development, too. BPW eTransport is an electric powered axle with torque vectoring, which is scalable for utilisation in vehicle classes above 7.5 tonnes. This can be integrated into some existing platforms and can provide vehicles up to 7.5 tonnes with a 56mph top speed thanks to 3290Nm torque, alongside zero tailpipe emissions and extremely quiet operation. The technology has the potential for trailer application, depending upon future EU and government policy – by definition, a trailer currently has to be pulled rather than self-propelled.

A partnership with BPW and Thermo King has also developed an ePower solution, which is a trailer axle featuring energy recovery technology. Kinetic energy transferred under braking can be captured – with the axle’s rotational movement acting as a generator – and stored in a high voltage battery ready for deployment in a range of uses, such as powering a refrigerated trailer. This removes the dependency on a traditional diesel generator, reducing emissions and noise – ideal for inner-city use.

Also aiding inner-city use, especially if future electric trucks with one large trailer are to be utilised more frequently than several smaller vehicles in urban environments, is the continued evolution and increasing efficiency of steering axle technology.