UK new van market accelerates 26.4% in September, but uncertainty ahead

The UK new light commercial vehicle (LCV) market grew by more than a quarter (+26.4%) in September, according to the latest figures released today by the Society of Motor Manufacturers and Traders (SMMT). In total, 52,096 vans, pickups and 4x4s were registered in the month, up some 10,880 units on a weak September 2019, when regulatory changes distorted the market.1 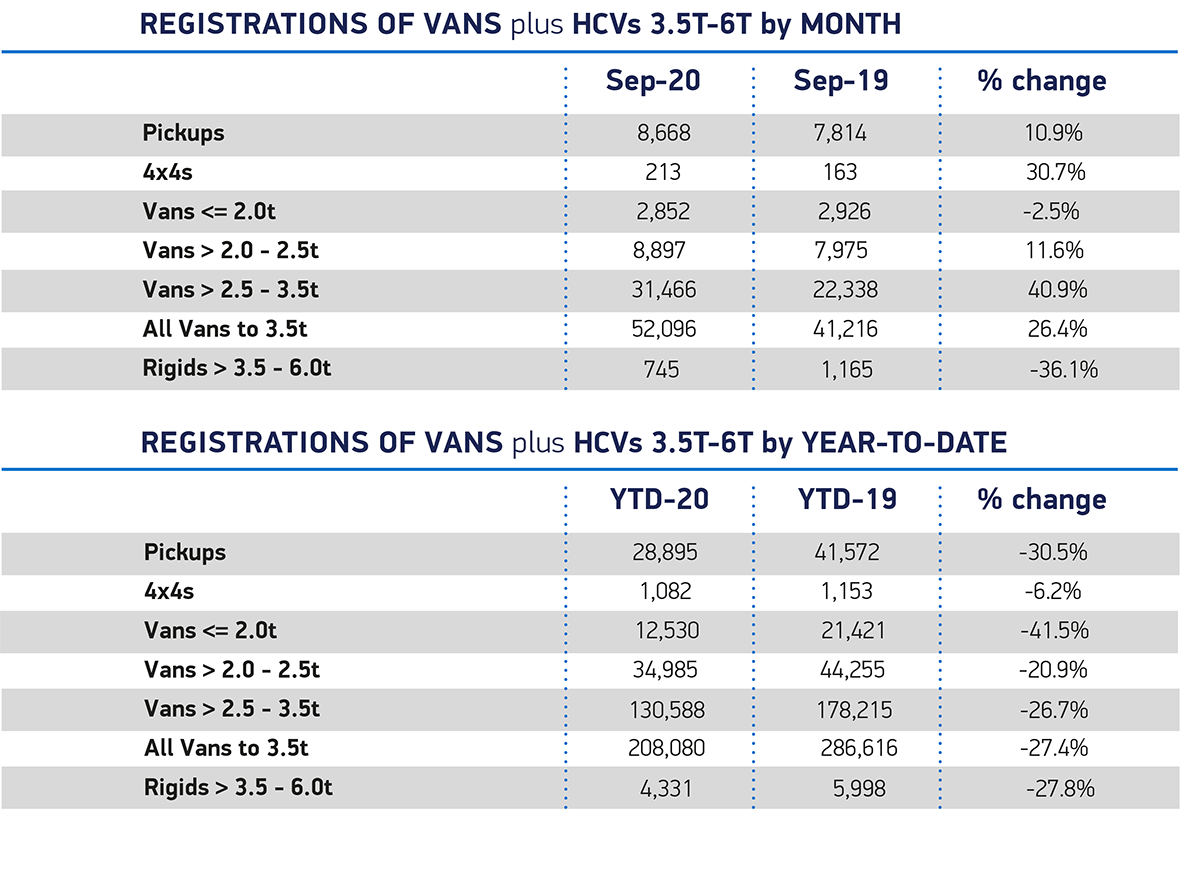 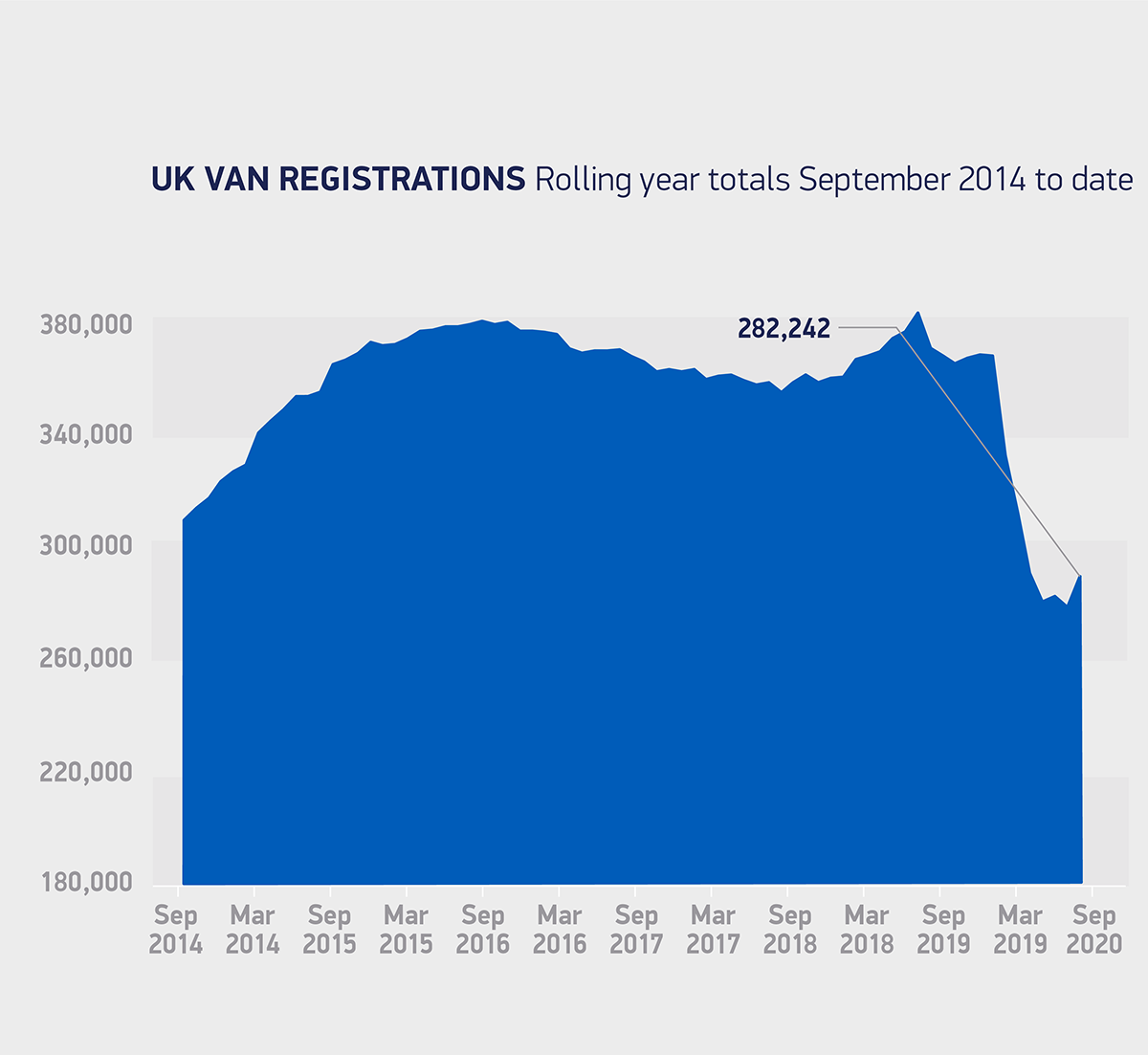 The sector has shown incredible resilience throughout the ongoing crisis and September’s numbers indicate some confidence is returning as operators seek flexibility and lower operating costs. However, the context of these figures is important as the headline growth belies a very weak September 2019 and is still short of the rolling average. From new social distancing restrictions, to job losses as the furlough scheme comes to an end next month, and the ticking clock that is the end of the Brexit transition period, the next quarter holds myriad challenges for the industry. 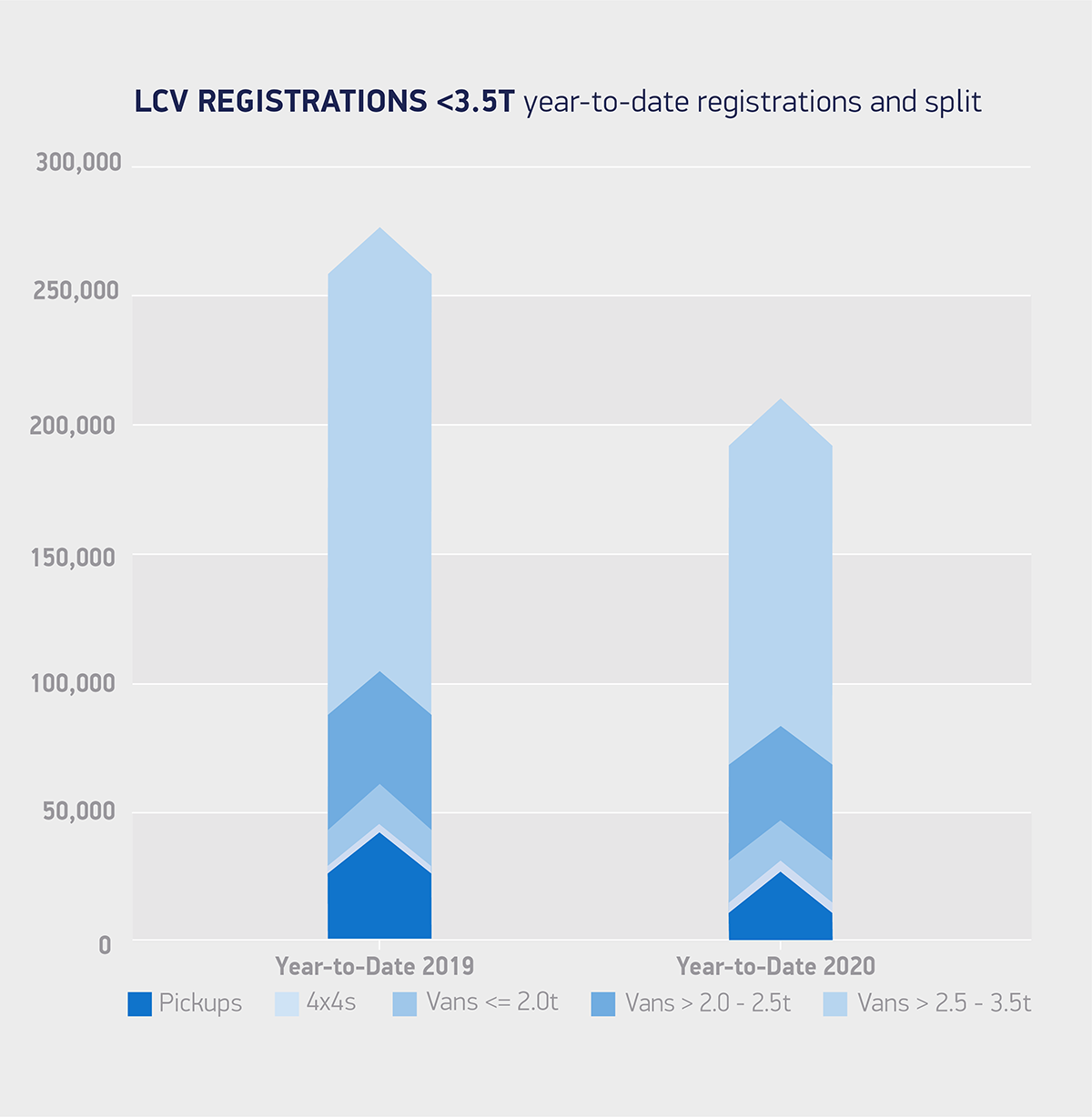