Feature: How the telematics industry is going digital

Think of telematics and chances are you’ll picture a little black box recording a vehicle’s movements. Historically, that has always been the technology’s basic premise, typically in conjunction with some sort of reporting or fleet management software back at base, and it’s proved near essential for commercial vehicle fleets looking to monitor their vehicles, reduce fuel consumption and ensure compliance. 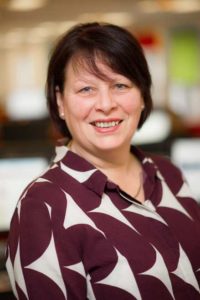 The industry is in for a change, though, as the physical element of black box-style technology is tipped to be on its way out, due to the increasing number of connected vehicles on the roads. In the not-too-distant future, telematics providers are expected to change from their current status of supplying aftermarket technology to a wholly software-based operation. Instead of directly wiring up the systems, companies will instead major on remotely serving up information sourced from different vehicles, rendering them more data aggregators than hands-on tech specialists.

A senior industry source has predicted that the rise in vehicles fitted with telematics from new will eventually negate the need for hard-wired systems in their current form, creating a new requirement for software capable of amalgamating information from manufacturers – which will inevitably provide telemetry data in different digital configurations – and presenting it to fleet operators in a single, easy-to-understand format.

Speaking to Transport News Brief, Beverly Wise, sales director for UK and Ireland at TomTom Telematics, says the move towards connected vehicles would cause telematics providers’ primary role to shift from supplying, fitting and operating the technology to sourcing, managing and presenting data to fleet operators.

“With the advent of autonomous vehicles, many more manufacturers will be producing and fitting telematics at build, and every manufacturer will probably have a different platform that they work off. If you are a fleet or a company owner and you have a number of manufacturers within your driver base, how do you get that data, be able to manage it and show that you are compliant? You won’t want it from 20 different sources; you’ll want it through one source. I think that being able to aggregate the data from many different sources is the stuff of the future.”

Wise claims that the telematics industry is already able to remotely extract data from different sources and display it in a single form using existing technology, as many providers already do so with elements such as vehicle maintenance. For example, management systems are capable of monitoring elements such as MoT due dates and service intervals across numerous vehicles, while non-vehicular applications include facilitating driving licence checks and keeping tabs on licence expiry dates.

Though that element of fleet management does not necessarily require a physical link to the vehicle, at present, any feedback gleaned from the road – such as fuel consumption data, the vehicle’s geographical position and the way it’s being driven – is typically beamed back to base via the physical device, but that’s what’s set to change in future. A useful upside to ditching the black box would also be a reduction in downtime, as there would be no need to book the vehicle in specifically to be fitted with an aftermarket component.

“Already, we have hardware in vehicles to be able to take that data, whereas it will come directly from the manufacturers in time. It will be a gradual thing, as more manufacturers put that [telematics] in at build,” says Wise.

However, she stipulates that not every company will have the ability to display results from different vehicles effectively. In order for the concept to work, she believes that providers would need to be adept at sourcing data, but would also be required to present the results to end users in a palatable form.

“It is big data and management of big data. You need to have a technology company that has the capacity to do that, but also to be able to give you the information, because it’s fine taking the data, but you don’t just want to output data on its own – you need a clear output, leading to information that people can take action on.” 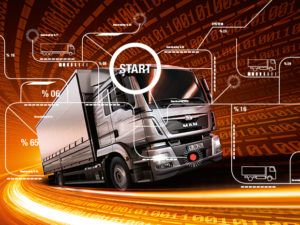 Though it’s a big step for the industry, ultimately, the move would not herald much of a change for the end user. Apart from the plus point of not having to have the devices bonded to the vehicles, the fleet operator stationed at a screen is unlikely to notice a difference – but that’s the point, as the provider’s role is to serve up relevant information in as digestible a form as possible.

Wise suggests that her firm, at least, is already in a position to operate in such a manner, as it currently extracts data from multiple sources, such as dash cams and maps, as well as from traditional telematics units. “We are already able to take data from manufacturers and provide that to our customers. We’re already set to do that with the amount of data that we take from cameras, from manufacturers and from probes – all the information we take for our mapping.”

According to Wise, the industry’s shift from black box provider to data manager will happen gradually, rather than at a fixed point in time, so the physical element will steadily phase out. “I couldn’t say exactly when it will happen. This is futuristic stuff; it isn’t going to happen next week. It could be five years, 10 years, it could be 15 years, but I think that’s probably where the business will end up. Not [just] our business but, generally, telematics will become much more about managing data and the flow of that data, and being able to turn it into meaningful information.”

She adds that it would not be telematics companies themselves that dictate the change in the industry’s primary role, rather vehicle manufacturers and the move towards autonomous technology, i.e. the more connected vehicles hit the roads, the less the reliance on aftermarket devices. “It’s not the telematics companies that are driving this change; it’s very much the autonomous vehicles and the way the technology in general is heading.”