Feature: How a transatlantic partnership is helping van ergonomics

We’ve all climbed into a vehicle and immediately been frustrated by poor ergonomic design: a seat in which you can’t get comfortable, a steering wheel that won’t adjust to your reach, or a simple control that’s buried in a menu instead of falling easily to hand on a dedicated button.

That’s why the UK’s biggest selling van is now also one of the country’s most comfortable places to sit, by virtue of a transatlantic partnership. Under the One Ford development philosophy, Ford Interaction and Ergonomic (I&E) engineering teams on both sides of the Atlantic have weekly meetings to share new ideas and best practices on items like the location and legibility of dashboard controls, the comfort of the armrests or the form of the steering wheel. 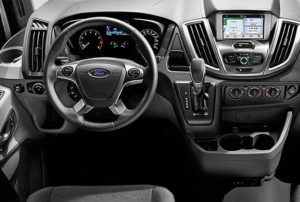 As a result, the Transit development team, based in Dunton, UK, benefits from the latest thinking on the world’s best-selling vehicle, the Ford F-150 pick-up truck, making life better for the people who work in these vehicles.

According to Cary Diehl, Lead Ergonomics Engineer for the F-150, he’s happiest when his work goes unnoticed. “I know I’ve done my job when people feel comfortable in a vehicle, but they don’t necessarily know why,” says the Detroit-based engineer, whose work begins when a vehicle is still at the clay model stage.

“Take the steering wheel as an example. Most people can’t tell you the most comfortable steering wheel they’ve ever used, but they can tell you one that they hate. We spent a lot of time optimizing the shape and feel of the F-150’s wheel. The palm swells aren’t too big or obnoxious. For comfort, the wheel cross-section isn’t a perfect circle, and there are no rough edges. The switches are chunky so that they can be operated easily with gloves, and are a certain distance from the edge of the wheel to make them easy to reach and push. You don’t want to accidentally hit them if you’re backing up a trailer.” 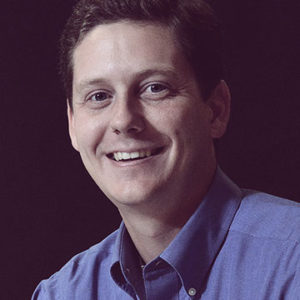 Gloved operation looms large in the priority list for Diehl’s team, given the truck’s loyal but demanding commercial users.

“We hear from our customers that something bad only happens when you’ve taken your glove off,” he explains. “For someone doing manual labour or another job that involves wearing gloves, taking them off when you get in the truck can mean forgetting them when you get out again. If you’re parked five minutes from your job site, you might not walk five minutes back to the truck to get them, so it’s important that the driver can leave them on in the truck. As a result, we spend a lot of time thinking about gloved usage in this vehicle.”

Some of the design features that result from a gloves-on design approach include climate control, volume control and radio tuning knobs that are bigger than in Ford’s passenger cars, as well as a continued emphasis on assigning major controls to buttons rather than slavishly following touchscreen fashions. Headroom is greater than average, too, so that site workers needn’t always remove their hard hats.

Working drivers often spend more time at the wheel than behind a desk, so Diehl’s team goes all out to make the F-Series trucks – and by association, the Transit – as comfortable as possible.

“We try to position the armrests properly so that it feels like an armchair,” he says. “Also the beltline armrest [on the door trim] is usable, which is not the case in every vehicle. During the digital design stage we have a virtual ‘box’ for where the armrests need to fall for maximum usability, and we try to get as close as possible to our preferred spot. We work with our safety team and body engineers to ensure that the [internal] structure of the door is optimised to still enable us to provide a comfortable armrest, giving you options to twist, turn and find different comfortable positions so that your back doesn’t get sore as you drive.” 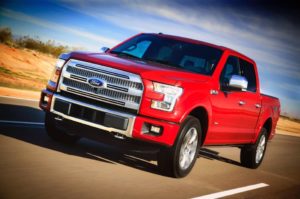 Ergonomic design isn’t confined to the cockpit of a vehicle, either. One example is in the smooth finish of a door handle that’s easy on fragile hands in cold, dry climates, with plenty of clearance to fit a large, gloved hand around it, and plastic rather than chrome on the backside, so that the hand doesn’t slip off when it’s wet. And in the latest Ford Transit, the tie-down hooks and fixing points in the loadspace were relocated to the body sides to make it easier to clean the floor.

Interestingly, the F-150’s ergonomics are designed as much with short, female drivers in mind as tall males, due to the truck’s popularity with horse owners that use it to tow their animals to events. Customer clinics, ergonomic studies and usability testing involving many different user groups are crucial in informing the decisions that the ergonomics engineers make: in the US market, for example, the Transit has recently been updated with several interior changes driven by fleet-customer feedback, such as a low-profile centre console option for drivers who wanted easier access from the cab to the back of the vehicle, or to install computer equipment in the central area.

Digital tools can help, too, such as in assessing sunlight reflectivity to minimise glare. “We sometimes hear comments about black buttons with white lettering looking old-fashioned, but we do that because when sunlight hits it, that combination gives you the best contrast,” Diehl notes.

Sometimes new controls are added to the mix, but in the CV market, any new vehicle technology – particularly if it’s a high-cost item – must immediately prove its worth to some of the most selective and cost-conscious of all vehicle buyers. For example, an earlier switch to electric power steering enabled Ford to add Pro Trailer Backup Assist last year, to help drivers who aren’t experts at reversing with a trailer hooked up. But Diehl says that in other areas, such as infotainment, we can expect CVs to take a different track to the rapid advances in passenger cars. 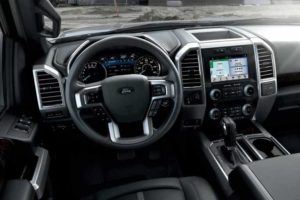 “Commercial vehicle customers are as advanced as anyone else in their technology,” he acknowledges. “Blueprints are often now viewed on iPads and shared via Dropbox. Farmers have fleets of autonomous John Deere vehicles managing their fields. But we do know that our customers don’t want to take time to learn new systems unless it’s adding value to their day. Our users are passionate about their vehicles but they’re busy, and any investment in time to learn something new needs to be repaid tenfold.

“Pro Trailer Backup needs some setting up, but when it’s done the truck can be handed to just about anybody to back up. If someone already uses an iPhone with Siri and they use Apple CarPlay in their truck, we’re not asking them to invest that time, we’re just building on what they already know. But if I change the volume knob to a touchscreen control, I’m not adding value, I’m just creating frustration.”