“The January new car market held firm with 128,853 registrations, marginally up on January 2011, a welcome sign of stability in uncertain economic times,” said Paul Everitt, SMMT Chief Executive. “2012 is set to be an exciting year with record numbers of new models coming to market filled with innovative technology that will save the motorist fuel, enhance comfort and further increase levels of safety and security. However, to maintain market stability, government must act decisively and deliver much needed confidence to businesses and consumers.” 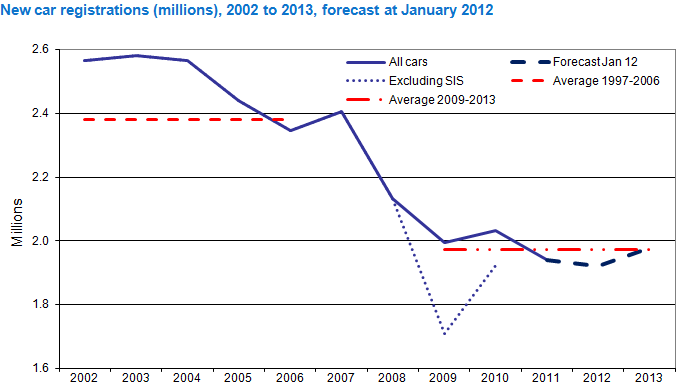 Market remains stable at start of 2012