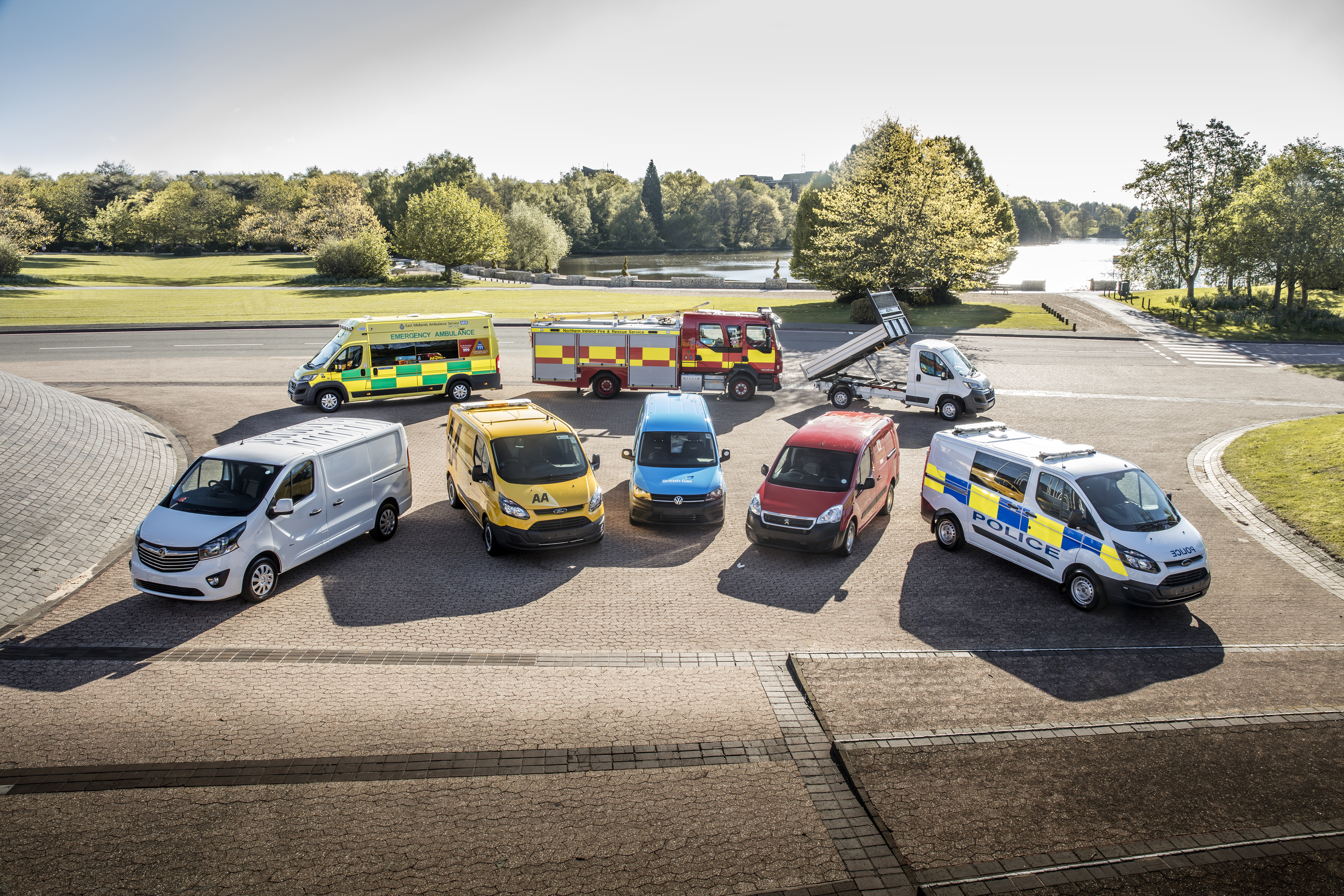 The UK’s commercial vehicle (CV) industry united today to demonstrate the vital role Britain’s 4.8 million goods and service vehicles – and the people who drive them – play in keeping the country running.1 A special display of emergency response, utility and works vehicles at Birmingham’s NEC marked the opening of the 2017 Commercial Vehicle Show, as SMMT revealed that some 1.8 million sole traders now depend on their vans for their livelihoods.2 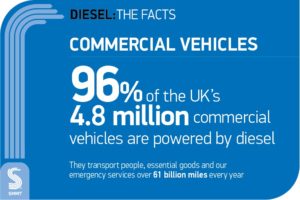 Small businesses and sole traders in particular are on the front line of the UK economy, providing services that are vital to our day-to-day lives. Further, thousands of emergency response vehicles look after our health and safety, buses keep millions of people across the country mobile, while utility and delivery vans and trucks together move three times more goods than water and rail combined3 – contributing some £27.5 billion to the UK economy.4 Almost all (96%) of these vehicles are powered by diesel, which delivers the high levels of efficiency and performance needed to transport heavy goods over long distances. On average, diesel vans use around 50% less fuel than petrols, meaning lower fuel bills for operators and affordable costs for consumers and taxpayers.5

The commercial vehicle sector has invested heavily to ensure that the Euro VI diesel trucks and vans on sale today are the cleanest in history. The development of the latest low emission technology has resulted in Euro VI vehicles that have virtually eliminated particulates, while on-road tests of the latest heavy commercials show a 95% reduction in NOx over their older Euro V counterparts.6 These modern, low-emission vehicles play a critical part in improving air quality.

Businesses of all sizes across Britain rely on their fleet of commercial vehicles to perform tasks that keep the country running – and they are increasingly serving consumer demand for online purchasing. The UK is now the EU’s biggest online retail sector, with consumers here buying some £67.4 billion worth of goods and services online in 2016. Commercial vehicles transported 1.52 billion tonnes of goods across the UK in 2015 – including medicines, clothing and groceries.7

Commercial vehicles play an essential but often overlooked role in keeping Britain functioning, performing jobs and transporting vital goods and services that we all rely on every day. This sector has never been so important to the UK economy – and to British jobs – and diesel’s role in powering these vital vehicles should not be downplayed. Nearly all our commercial vehicles are driven by diesel, and thanks to heavy investment by industry to develop world-leading low emission technology, the latest Euro VI CVs on our roads today are the cleanest and safest ever.

The life of a commercial vehicle is varied, but each plays an important part in powering the country’s essential services. Last year in the UK, 13,513 ambulances carried almost five million people to A&E;8 9,155 fire service vehicles attended 496,000 incidents;9 and 7,877 police commercial vehicles helped to keep us safe. In addition, some 45,000 postal vehicles10 kept us connected, collectively delivering an estimated 19 billion letters to people and businesses across the UK.11

Around 23,000 people are expected to attend the Commercial Vehicle Show, which opens its doors today at the NEC in Birmingham. Now in its 18th year, CV Show 2017 is the biggest event for eight years, with 460 companies exhibiting, including some of the biggest van and truck names on the market. The show runs from 25-27 April and entry is free. Find out more at: www.cvshow.com.