Business Secretary Vince Cable said, “Today’s figures are another sign that the British car industry is going from strength to strength – with one vehicle rolling off a production line somewhere in the UK every 20 seconds.

“Our success lies in the appetite from countries around the world for British cars. Around 80% of the 1.5 million cars we produced last year were exported – a testament to the diverse, high quality of British manufacturing.

“It also highlights the benefits of industry and government working together and we want to continue this partnership through a long-term strategy. This will give businesses the confidence to invest, speed up development on vehicles of the future and keep the UK as a world leader in cars. Our investment of £1bn jointly with industry will help do this, while also delivering jobs and driving growth.” 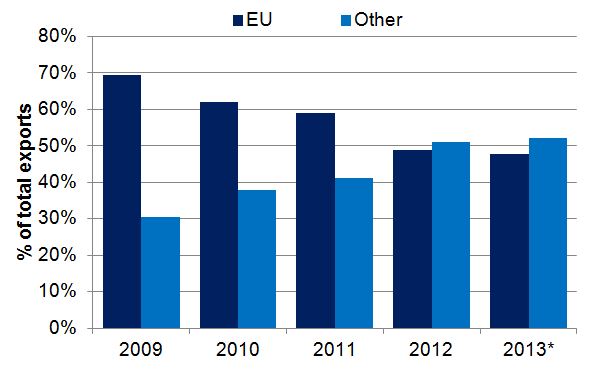 Since 2009, the variety of cars produced in the UK has been underlined by a marked change in export destinations.

While the European market has struggled with tough economic conditions, overall export volumes have been bolstered by strong growth in demand for UK-built cars in other locations. 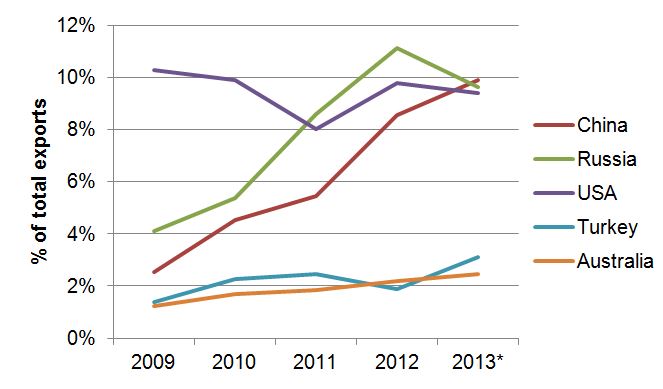 China’s share of exports has grown rapidly over recent years, and the country now looks set to become the largest non-EU market for UK-built cars.

Take-up in the United States remained strong last year, and while Russia has seen volumes fall since 2012, it is now firmly established as a key export destination.