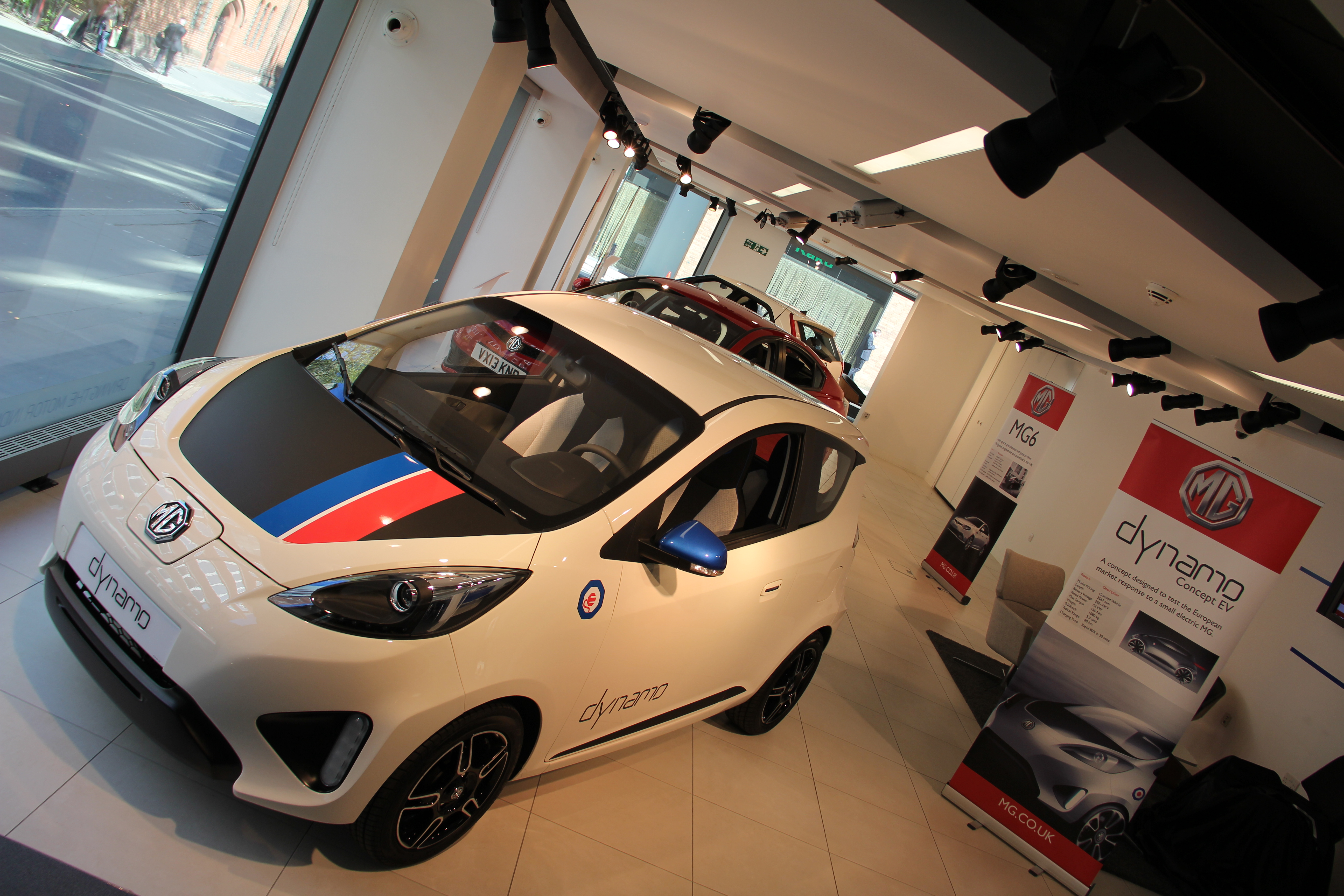 MG is celebrating its 90th anniversary at SMMT’s headquarters in Westminster by showing its current and future technology. The MG Dynamo concept electric vehicle makes its international premiere, and is shown alongside the current MG3 and MG6. 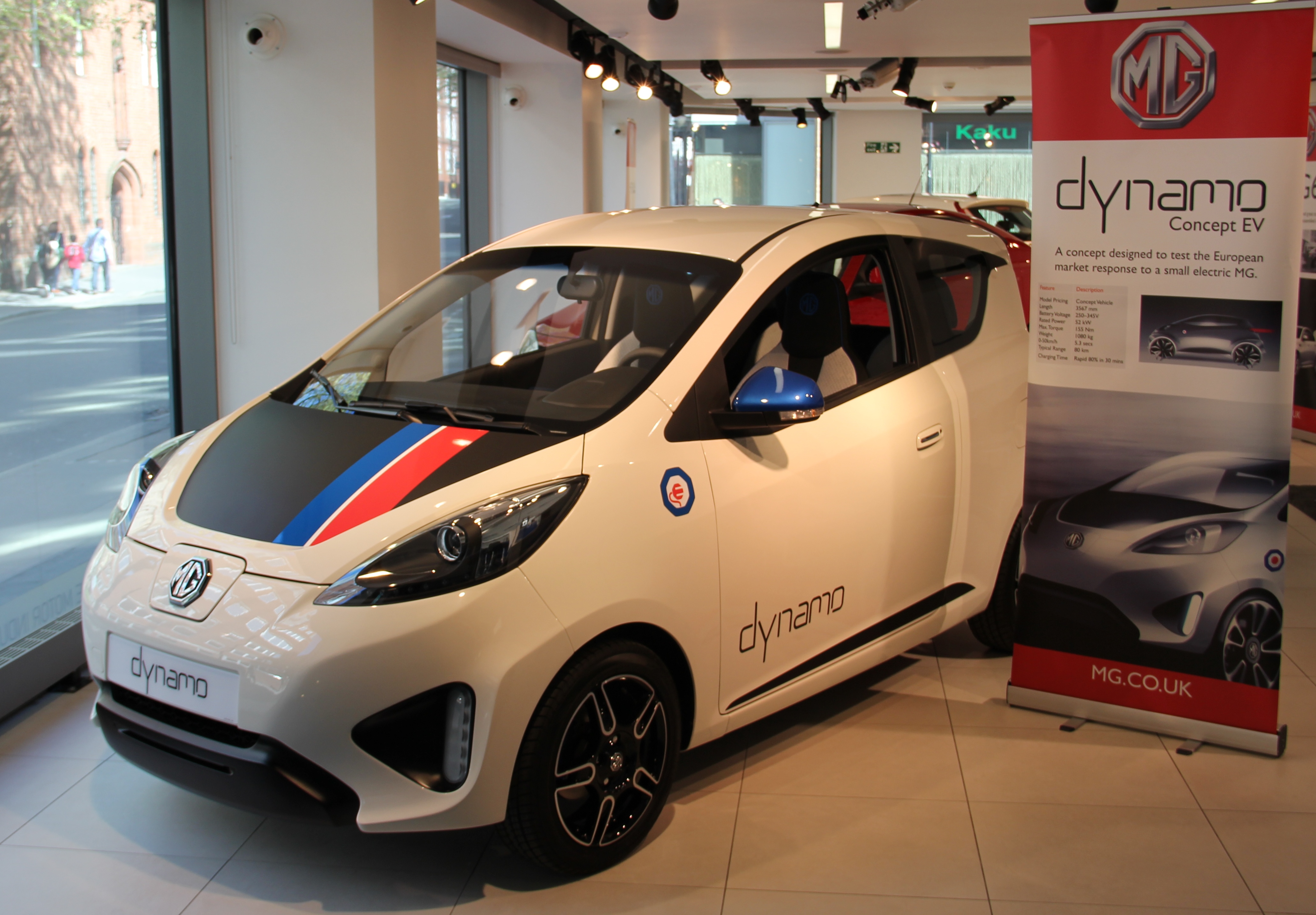 The MG Dynamo concept is the latest car to be created at parent company SAIC’s European Design and Technical Centre (SMTC), which shares its home with MG in Longbridge. The concept, which encompasses the latest in MG design and engineering technology, has been developed to help the company understand Europe’s demand for a pure electric small MG. 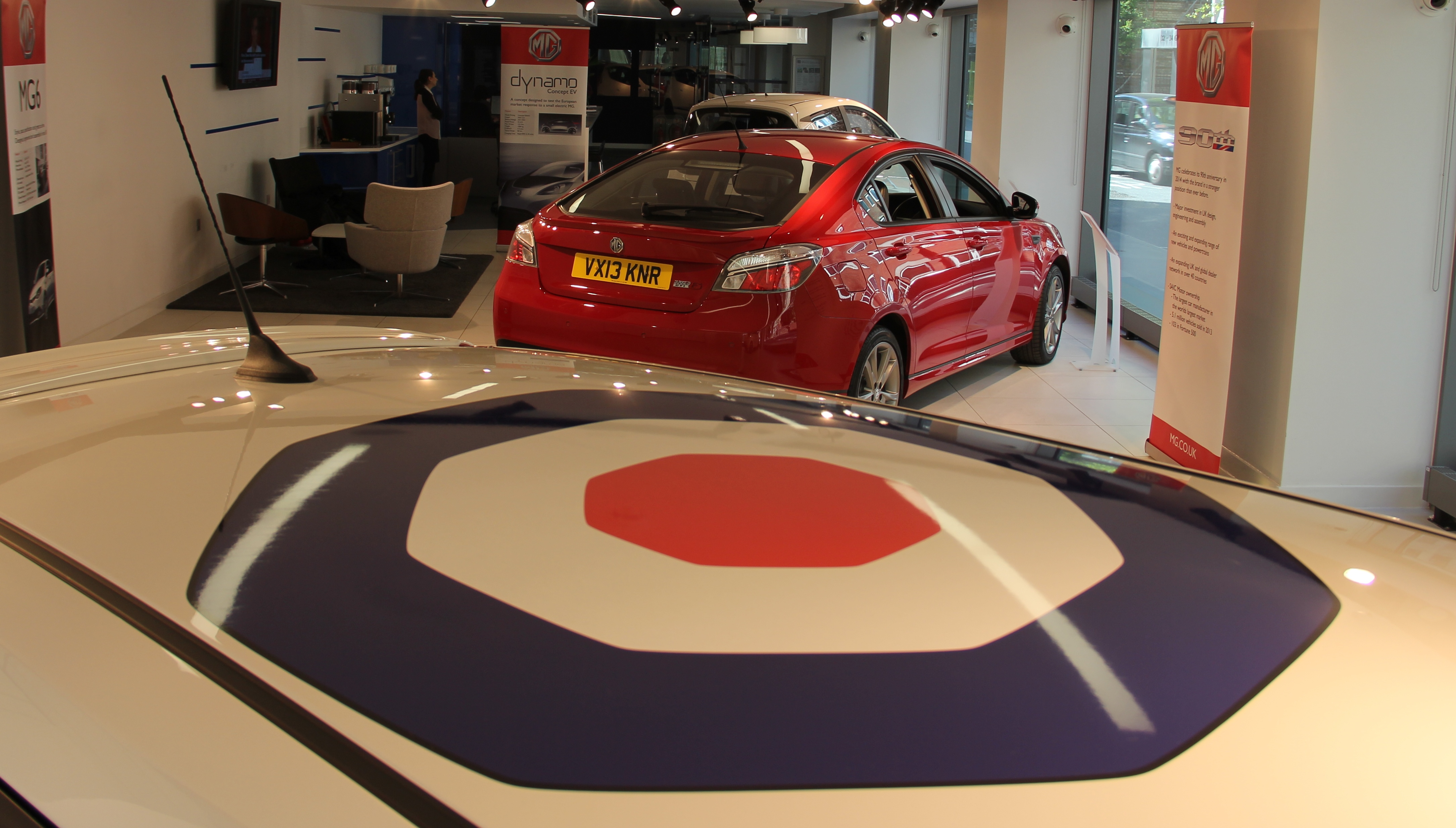 Also on display at SMMT is the MG3 supermini, which boasts more than one million personalisation options, as well as standard equipment including LED daytime running lamps, electronic hill hold and six air bags.

The MG6 also features in the display; the first MG to enter production since SAIC took ownership, the five-door hatch has won praise for its driving dynamics and tremendous value for money.

Founded in 1924 by Morris Motors employee Cecil Kimber, MG – which then stood for Morris Garages – quickly became synonymous with lightweight, fun and affordable cars. The MG brand has been retained by the existing owners of the company. 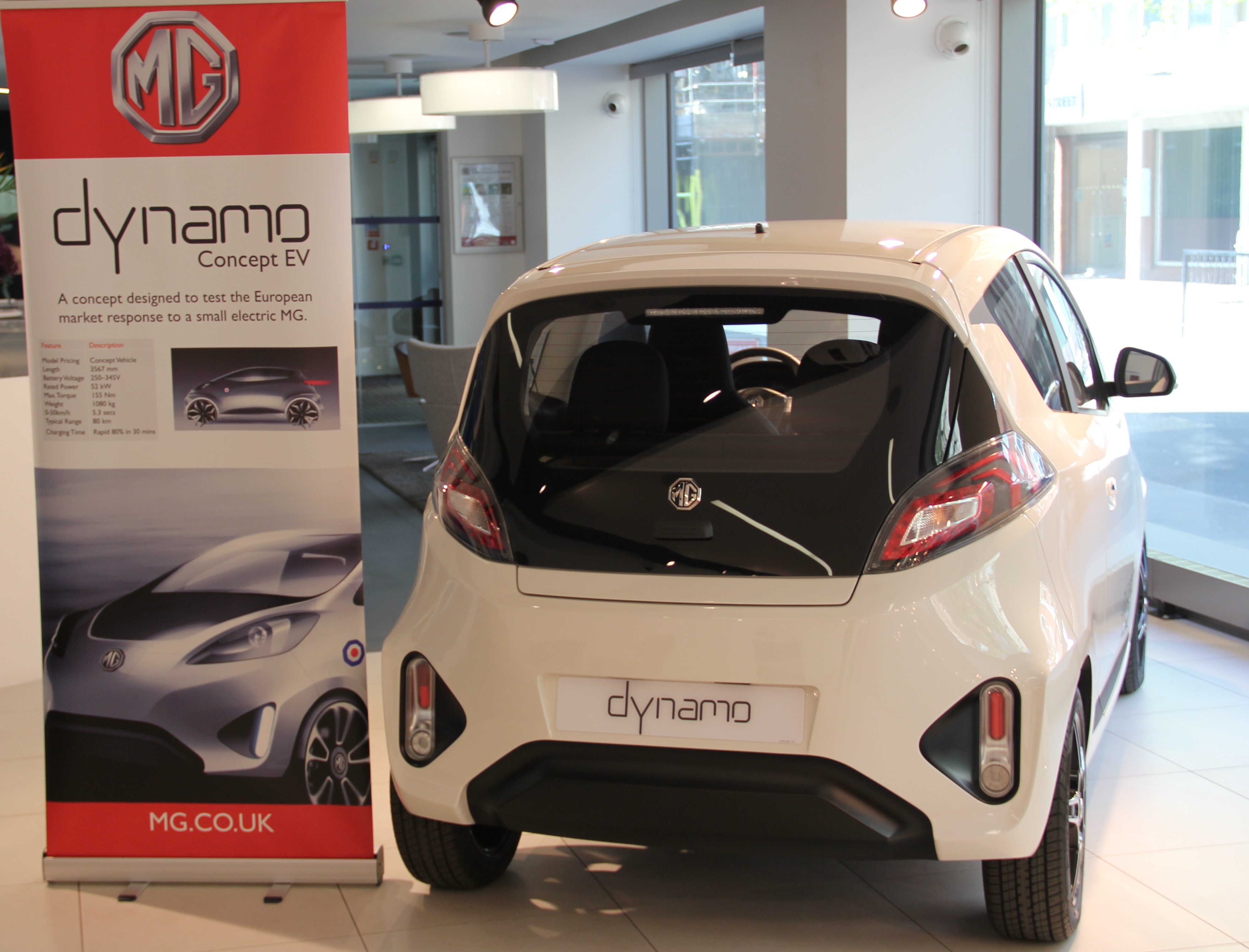 MG’s 90th anniversary celebrations will culminate with the MG90 event, to be held at Silverstone circuit on 21-22 June. The event will feature historic MG vehicles alongside current production models, and a preview of technology that will take the marque forward into the next 90 years. MG90 is set to be not only a great family day out but also a highlight of any enthusiast’s diary, celebrating all things MG past, present and future.