“We still expect the overall market to level off as we head towards 2015, but the exception to that rule will be alternatively-fuelled vehicles, demand for which will continue to accelerate.”

New car registrations passed two million in October, but how did the first 10 months perform in previous years?

The rise of the alternatively-fuelled vehicle in 2014 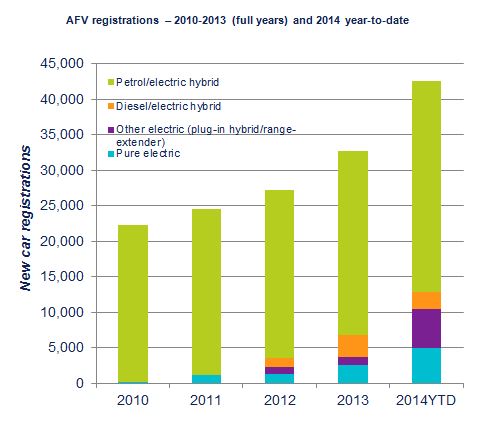