“Demand for commercial vehicles remains buoyant in 2015, with both vans and trucks achieving a strong first quarter performance yet again,” said Mike Hawes, SMMT Chief Executive. “This continued upturn, and the third month of consecutive growth, can be attributed to higher levels of consumer and business confidence.”

“In the van and truck markets, there has been a clear shift towards the larger vehicles in the sector in the first three months of the year. Both 2.5 – 3.5t vans and 3-axle artic trucks have seen a sharp increase in registrations as operators seek to make their fleets as flexible and cost-effective as possible.” 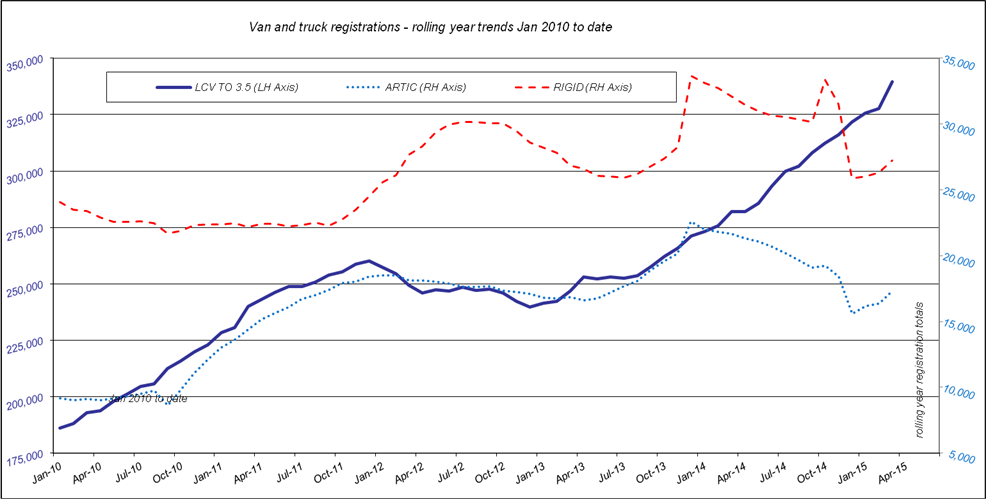